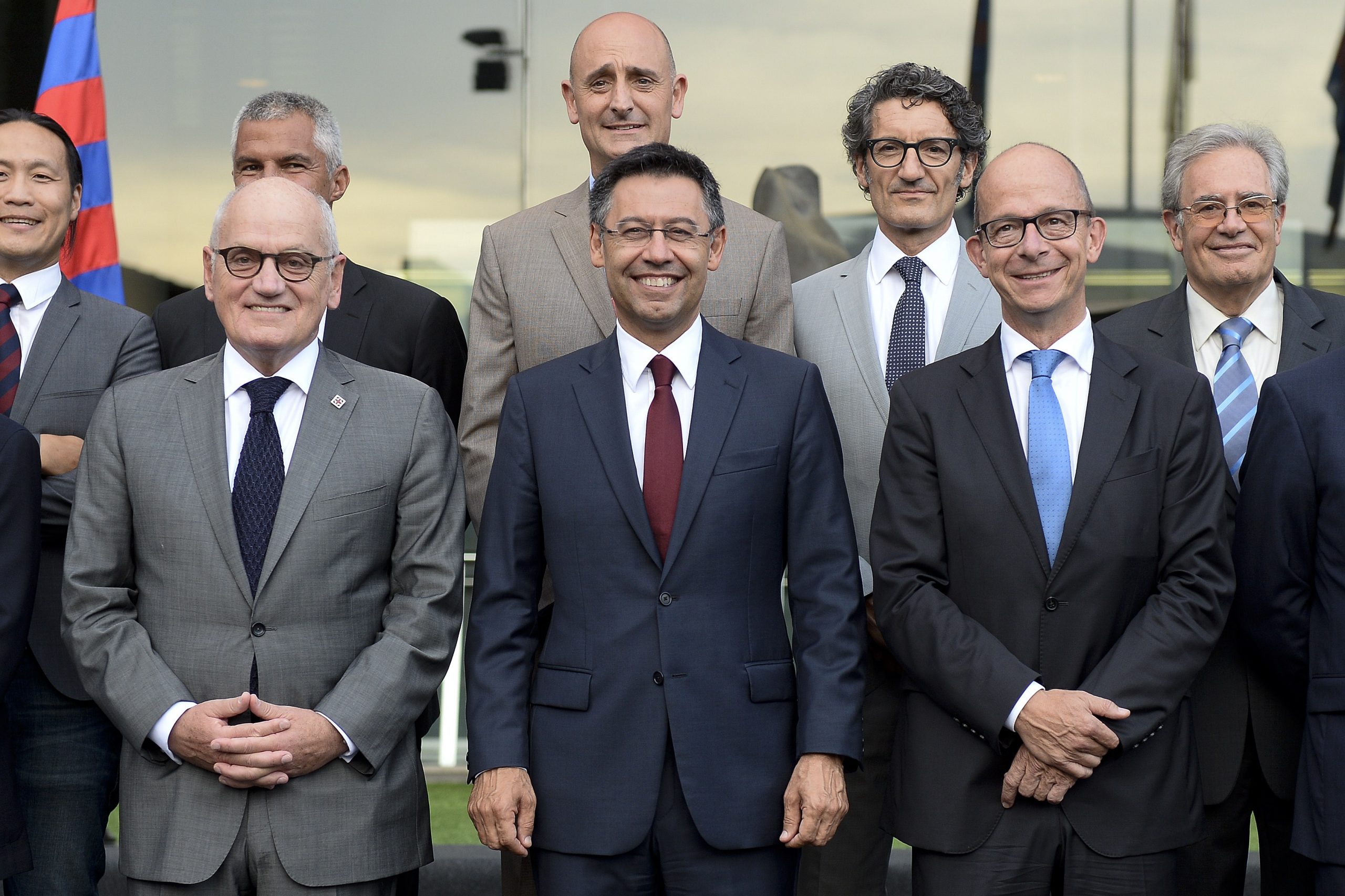 Josep Maria Bartomeu has officially announced his resignation as the President of FC Barcelona, along with that of his board of directors from the club.

As Bartomeu sits down to address the room cramped with journalists, who are waiting to utter the words they know he will, the first thing he says after greeting everyone comes like music to the ears of Barcelona fans.

“I appear to announce my resignation and that of my board of directors.”

The Spaniard goes on to explain this decision following a long meeting, which was conducted after the Catalan Government refused to delay the Vote of No Confidence because of the pandemic, as was requested by Bartomeu.

“It is a thoughtful, calm decision and I have taken in consultation with my colleagues.” He goes on to add, “The Government of Catalonia asked us for the vote to be decentralised and haven’t said anything else. They didn’t respond to our request for 15 days to prepare for the 21 venues nor did they say anything about the date of the referendum.”

Bartomeu continues to speak about this decision from the government in an attempt to blame them for his resignation.

“There are contradictory and irresponsible decisions from the Government.”

He shifts the topic back to the decision to step down, and explains the dilemma the board was put in after the humiliation in the Champions League at the hands of Barcelona.

“After the elimination in the Champions League, it would have been easy to resign. We couldn’t leave the club in the hands of a manager.”

The conference takes a sharp, dark turn when Bartomeu reveals the treatment he received from the fans, including threats to his family, all of which are obviously unwarranted and condemned.

“We have been disrespected. They have insulted and threatened me, my family and the other board members.”

Bartomeu shifts to the topic about the present situation of the club, and what the fans can expect in the coming years, even if he will not be at the helm.

“It has been an honour to serve my club. Today we resign without having completed economic measures in progress, I hope that in the next few days the salary adjustment can be closed. If it is not done, there will be serious consequences for the future of the club.”

A press conference of this size and importance cannot go by with just one gargantuan news. The Spanish business continues to make one huge announcement about the club and their participation in a certain ‘European Super League’.

“I can announce extraordinary news. Yesterday we accepted the requirement to participate in a future European Super League that will guarantee the economic sustainability of the club. Today we have accepted the new format of the Club World Cup.”

Just when Bartomeu starts to admit his undoings at Barcelona, he brings the topic back to his achievements with the club, and the fact that he is the most celebrated Barcelona President in the history of the club, with which we pull curtains on the Josep Bartomeu era.

“I recognise that rebuilding the team should have been done a year ago.”

“I hope that time will highlight the assets of the last 10 years, such as the 22 titles won by the football team.”