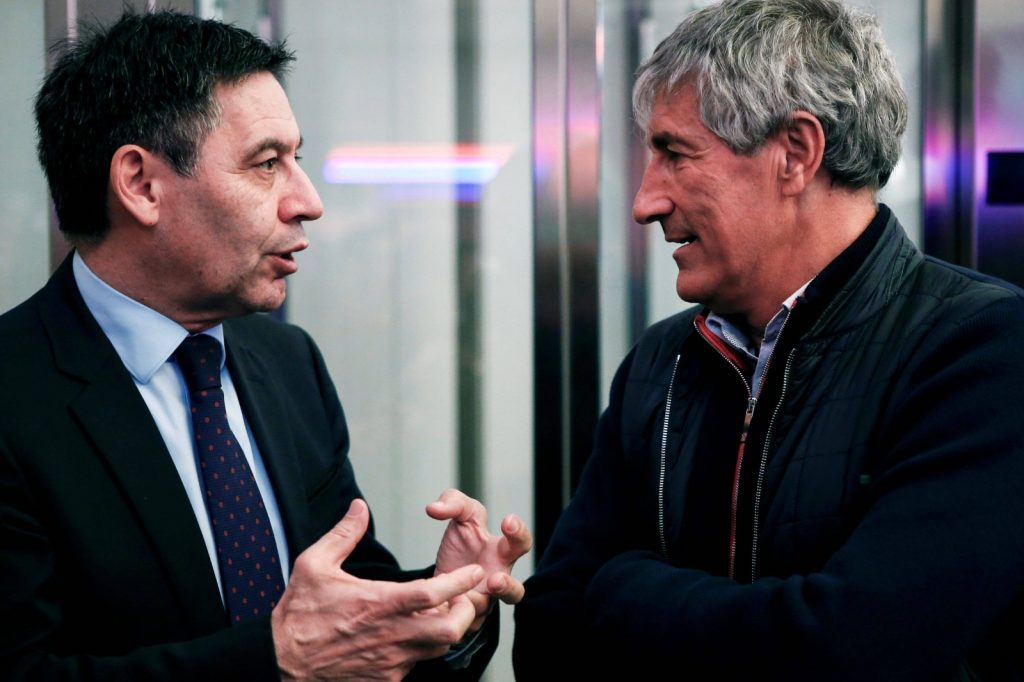 Being a Barcelona coach must be one of the most difficult jobs in the whole world of football. And the still-fresh gaffer Quique Setién is set to experience that on his own skin as the reports claim he is set to meet with Jose-Maria Bartomeu later on today.

If the updates are true, the president wants to find out first-hand how exactly his team feels after the latest loss to Osasuna which lead to Real Madrid claiming the LaLiga title for themselves. Naturally, the club don’t want to rush into decisions, meaning that Setién might not be sacked right there and then, but his future is uncertain, to say the least.

While the former Real Betis man is not expected to be thrown out the exit door immediately, it may very well be that he won’t be sitting on that bench come August and the return leg of the Champions League clash with Napoli.

This would, however, be a reaction of some sort to Lionel Messi’s recent words when the captain claimed the team went downhill since January and especially after the return of football. Blaming it all on the coach would be largely unfair but he would be the first one to feel the consequences if any actions are to be taken.

Jordi Blanco Duch says Barcelona won’t sack their coach today even though Bartomeu is still set to meet with Setién, but that could very well happen on Monday or Tuesday, after the 2019/20 season is officially finished this coming weekend.

In that case, it’s looking increasingly likely García Pimienta could be the one to sit on that bench come August and the big European nights and not Quique, as was alluded to by the ever-reliable Alfredo Martínez.

As always, there is not a single dull day over in Catalonia. For better or worse.