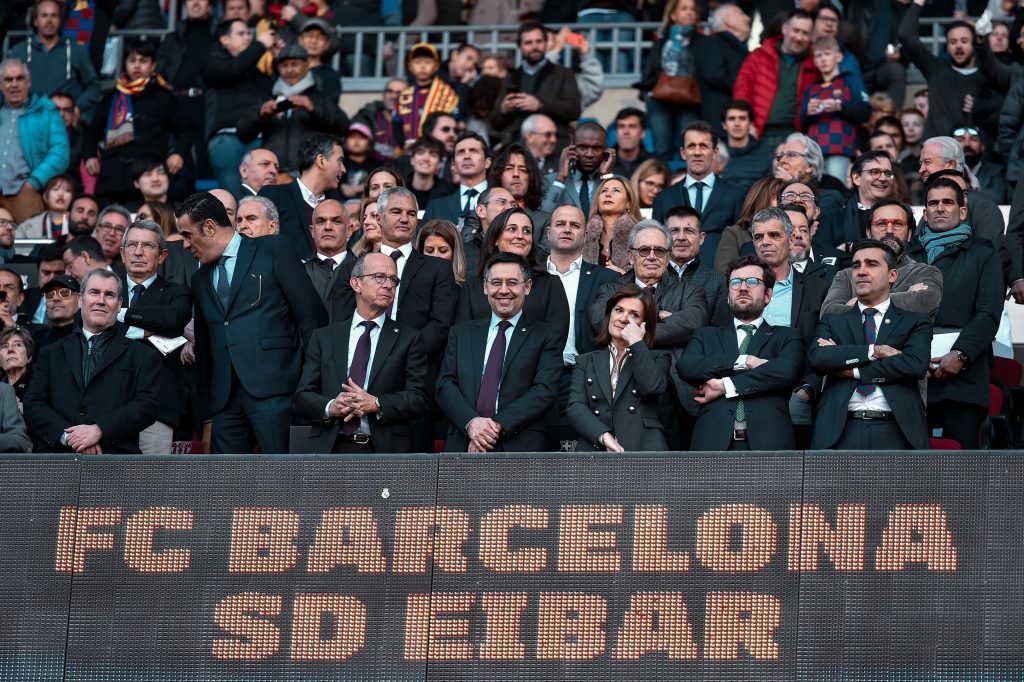 Barcelona president Josep Maria Bartomeu can be pleased that, with games behind closed doors, there will at least be no more whistles at the Camp Nou.

If the virtual fans and fake crowd noise used to compensate for the empty stadiums was closer to reality, some clubs, groups and players should fear for the sounds produced. Fortunately, only the positive recorded chants are utilised, but, under normal circumstances, it isn’t all roses and cheers. For example, Real Betis’ football has transmitted more indifference than enthusiasm this season. With their unimproved form after the three-month break, they may at least be satisfied that the frequent criticism from supporters cannot continue to be voiced at the Benito Villamarín.

Booing at stadiums can mean many things. It can express the nonconformity and high demands from fans that search for nothing but perfection. It can obviously be the result of displeasure with the underperformance from a collective or individual. Or it can also represent a disagreement from supporters with the vision and approach taken by the owners or the manager.

Right before activity was suspended for a long period of time, whistles were heard at the Camp Nou during two consecutive games. The main reason was the so-called Barçagate, a scandal for which the Barcelona board hired consultancy firm I3 Ventures to use social media to damage the reputation of several personalities related to the club. These affected personalities included Lionel Messi and his wife, Gerard Piqué, Barça legends Xavi Hernández, Carles Puyol and Pep Guardiola, or presidential rivals such as Víctor Font and Joan Laporta.

This was just another controversial episode in the tenure of president Josep Maria Bartomeu at the club. It looked like the last straw that broke the camel’s back. Culés were already dissatisfied with the questionable transfer policy, or, for instance, a fallout between captain Messi and sporting director Éric Abidal after the latter suggested that the dressing room had been responsible for the sacking of manager Ernesto Valverde in January.

As a consequence of these accumulated controversies, on 22 February 2020, before and during the Barcelona vs Eibar, heavy whistles were heard at the Camp Nou. Calls for Bartomeu to resign were expressed, as white handkerchiefs were waved in protest. Two weeks later, the roars didn’t stop. On 7 March, even if with less intensity, whistles continued for the home clash with Real Sociedad.

❛ President Bartomeu has never had the idea to resign ❜

That Real Sociedad match, though, was the last one before the coronavirus pandemic caused La Liga and football competitions to be halted. Certainly no one would have wanted such unfortunate crisis to happen, but, at least, the suspension of games came just when the Barcelona board was suffering the most. If anything, through all these years, Bartomeu has shown a brutal capacity to get into trouble as much as to silently get out of it. When he is believed dead, he always somehow manages to survive.

Time and silence, making it look as if nothing serious was happening, have been the recipe used by the president to get away from the numerous scandals he has got himself into. In this case, the tragic coronavirus situation has handed Bartomeu extra air to breathe. After all, the break seems to have benefitted Barcelona in many ways. While smaller sides may suffer from the absence of fans, the giants can take advantage of it. Moreover, the time to rest seems to have benefitted Quique Setién’s squad too. At last, the institutional crisis has seemed to lose intensity, and it’s Josep Maria Bartomeu who can smile peacefully now.