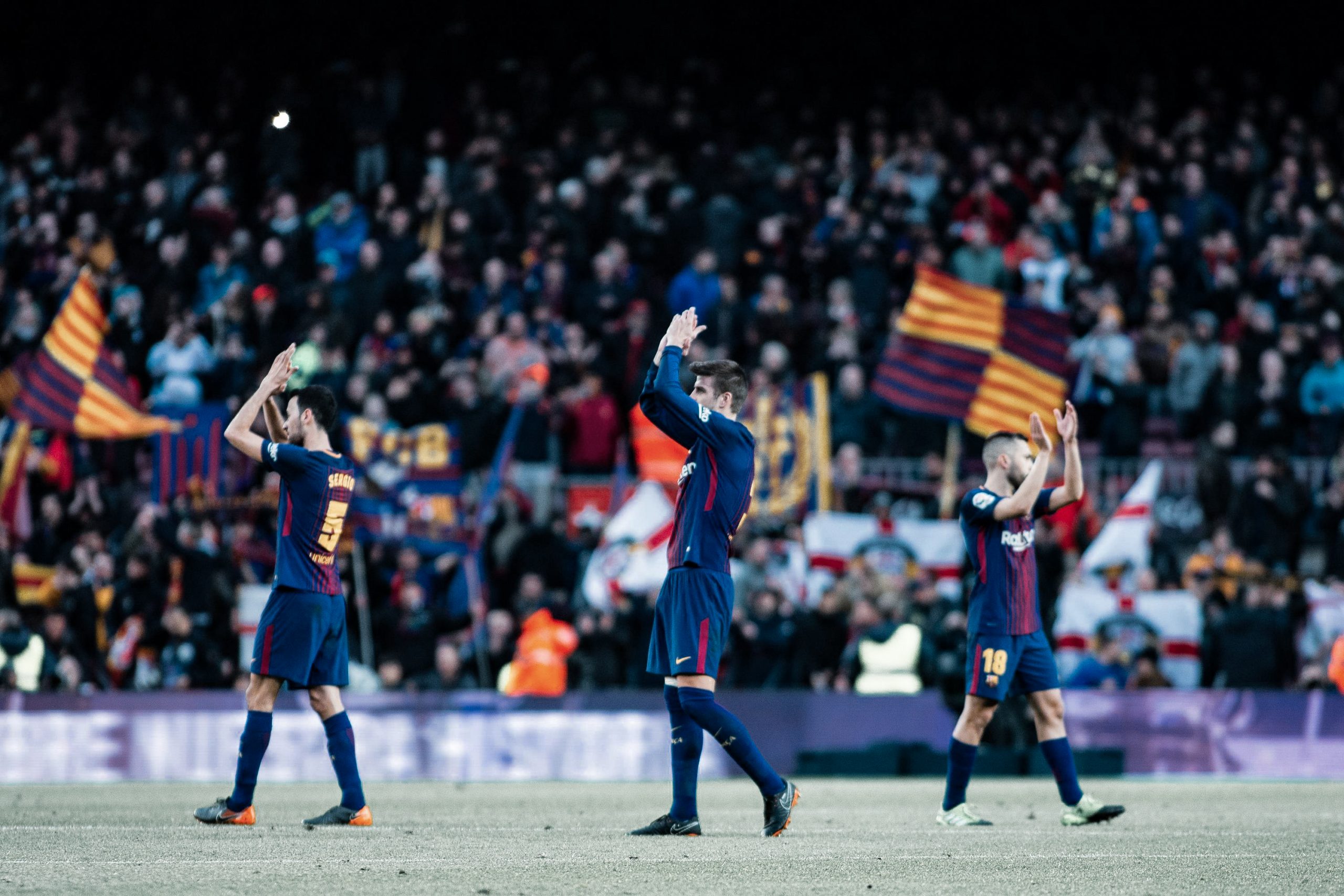 Following a disastrous 2019-20 campaign, many old-timers at Barcelona have seen a restoration in prominence, going from almost dispensable to integral.

Veterans are the backbone of any footballing side. They act as mentors to the generations of players that follow and bring experience to the table. Those years of experience, however, come at a price— that of physical sharpness. As a player ages, his ability to keep up with the young blood diminishes. While he can still read the game just as well, the body can’t quite keep up with the mind.

That is when the youngsters are supposed to come in. They cover for their more experienced counterparts to try and absorb what knowledge has been left behind for them. In a perfect world, these two factions are present in perfect harmony. They compliment each other’s attributes and help maintain the balance of a team. To the calmness of the veterans is the chaos of the youth. But when the balance is disturbed, the results are not a pretty sight.

The 8-2 debacle that occurred in the Champions League quarter-finals of the 2019-20 season perfectly demonstrated the importance of this balance and the lack thereof in the Barcelona side during the time. The Bayern Munich team provided an ideal glimpse of squad management, revitalized by the freshness of youngsters like Alphonso Davies but balanced by the experience and composure of veterans like Manuel Neuer and Thomas Muller.

Barcelona, by stark contrast, were desperate for fresh legs and in dying need of a major overhaul. In the end, Bayern Munich ran riot and outplayed the Blaugrana in every way possible. The worn-out Catalans just could not keep up with their opponents’ immense quality.

This imbalance was on show throughout the season. With the compact schedule caused by the COVID-19 crisis, the ticking bomb finally exploded, and Barcelona capitulated in the league. The azulgranas threw away a two-point lead as they succumbed to the effects of exhaustion, among other issues.

At this point, many culés were calling for the heads of the very players they had adored over the years. The respect that players like Gerard Pique, Sergio Busquets and Jordi Alba had garnered was slowly fading. In fact, there are still doubts about Jordi Alba to this day. Even the players themselves knew that change was needed. Pique even offered to step down from the first team if it was in the best interests of his beloved club.

The start of the new season saw the departure of one of the veterans in Luis Suarez. But more importantly, it saw the integration of a new batch of players. The likes of Oscar Mingueza, Ronald Araujo, Ilaix Moriba and Pedri were given minutes to prove themselves. Even the injury-prone Ousmane Dembele found himself back in Ronald Koeman’s plans due to his improved fitness.

Slowly, the squad was starting to shape up, growing, and learning from every game. But obviously, just having youngsters isn’t enough. These players were new to the big leagues, and high-pressure situations like El Clasicos, for example, call for experience.

That is where the old guard came in. The squad was far more balanced, and all it needed was a system to make the best use of the different profiles available. As the results slowly began to show, the depleted mentality and the burden of the past eased up, allowing the veterans to regain their focus.

The old guard’s influence has been immense, as a season that began garishly somehow turned into one carrying hopes of a potential domestic double. Among the veterans, of course, remains the ever-mercurial Lionel Messi. But he never really lost his charm. While there is still scope for disappointment in the remainder of Barcelona’s La Liga campaign, the improvements are massive.

Ronald Koeman’s three at the back system, which came after much experimenting, paved the way for a return in form to players like Jordi Alba, Gerard Pique and Sergio Busquets. With a back three to support him, Alba could now push further up the field. The three men behind him covered his shortcomings in defense, and he could now focus on utilising his true talents, which lay in attack. A strategy that reaped major rewards.

While Gerard Pique has been injured for a large part of the season, a similar trend held true for him. In Barcelona’s marvellous 4-0 Copa Del Rey Final victory, Pique was a rock in defense, completely snubbing any attempts from the Athletic Bilbao forwards to cause Barcelona any trouble. His leadership at the back has undoubtedly been a key guiding factor for Mingueza and Araujo.

Similarly, Sergio Busquets received some much-needed support. He could now use his understanding of the game to intercept balls more often and contribute to the build-up while pressing without worrying about his defensive duties. This also saw him put his passing ability to better use. His form in 2021 has been nothing short of spectacular.

These veterans can better implement their abilities because of the hard work put in by the youngsters. In every game, players like Pedri and Oscar Mingueza do all the running. They use their desire to win as motivation and continue to work hard.

With a more balanced combination of players at his hand, Ronald Koeman has slowly pushed the Blaugrana back towards the path to redemption. Slowly, the team is proving what it is capable of, which can be attributed to both the older and the younger players gelling together in harmony.

Players like Frenkie De Jong, Pedri, Mingueza and Araujo, who are already rising to prominence, still have much to learn from their seniors, however. And so do players like Ilaix, Alex Collado and Riqui Puig, who have yet to find their place in the team permanently but are bound to in the future.

Many a time, the veterans have shown just why they have been considered among the best players in the world over the past years, pulling off miraculous feats to remind the fans why they have had hugely successful careers. But even then, their time is running out. As the days pass, the end of their careers will loom like a shadow on the team, with the inevitable need for them to be phased out.

However, that doesn’t mean that these players need to be completely ignored. Even if they play for just 60 minutes a game, they still have to offer a lot. Soon, the apprentice will become the master. However, the role of the master is, therefore, paramount.

Until the sun sets completely on their careers, it is best to continue revelling in their abilities and enjoy the good times while they last. Many players have come under immense scrutiny, but they have proven that they can rise above the adversity. It really is as they say, form is temporary but class is permanent, and as for Barcelona’s senior players, they provide glaring proof that the value of experience is priceless.