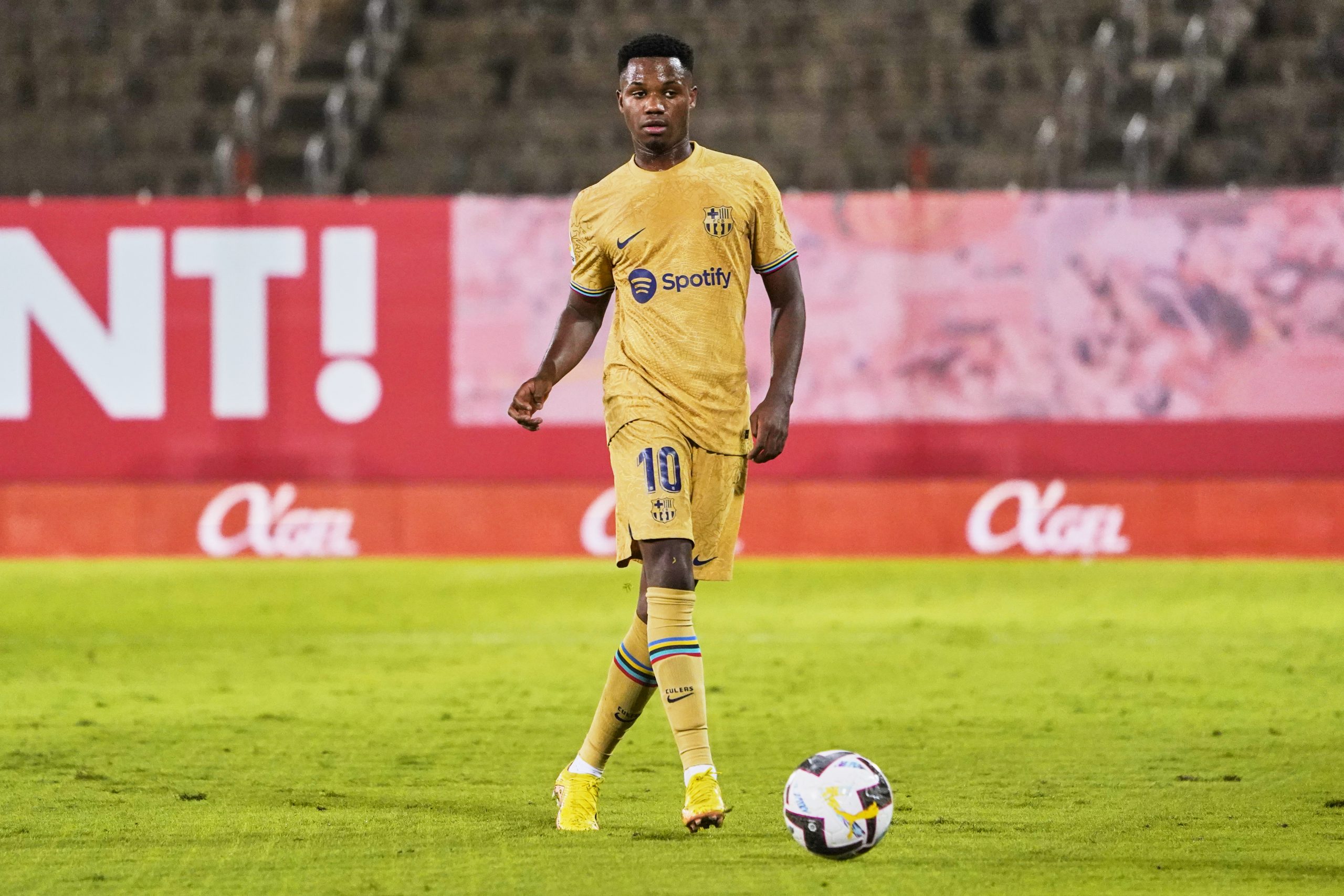 On Saturday night when Barcelona faced RCD Mallorca at Son Moix, Ansu Fati made his first start of the season in La Liga.

The 19-year-old wonderkid has been used very carefully and cautiously by manager Xavi Hernandez this term, owing to his past history of injuries. Until last night, the La Masia ace had started just one match this season – against Viktoria Plzen in the UEFA Champions League.

However, having been handed a start against Mallorca, Fati made a solid impression as he got the assist for the only goal of the game scored by Robert Lewandowski.

Even though he has played just a little over 200 minutes in La Liga this season, the Spaniard has directly contributed to five goals (2G, 3A), indicating his potential and quality.

Having been snubbed by Spain manager Luis Enrique for the recent international break, it was important that Fati bounce back strongly and which is what he did on Saturday night.

Speaking to BarçaTV after the contest, the teenage star highlighted the importance of the victory, saying: “It’s a very important victory, we know that after the break it costs a bit and winning was necessary.”

“Drawing at home against Rayo on matchday one motivated us to win and bring joy to the fans,” he added.

Fati also thanked his coach, Xavi for his support and vowed to do everything he can for Barcelona and the Spanish national team whenever he was called upon.

“I thank the coach and everyone who is helping me. I will do everything in my power to help the club and the National Team when I play,” Fati said.

It has not been an easy experience for the teenager, especially after the injury ordeals that he has gone through in recent years. However, building up his confidence bit by bit like this could be the key to getting Fati back to his best levels.