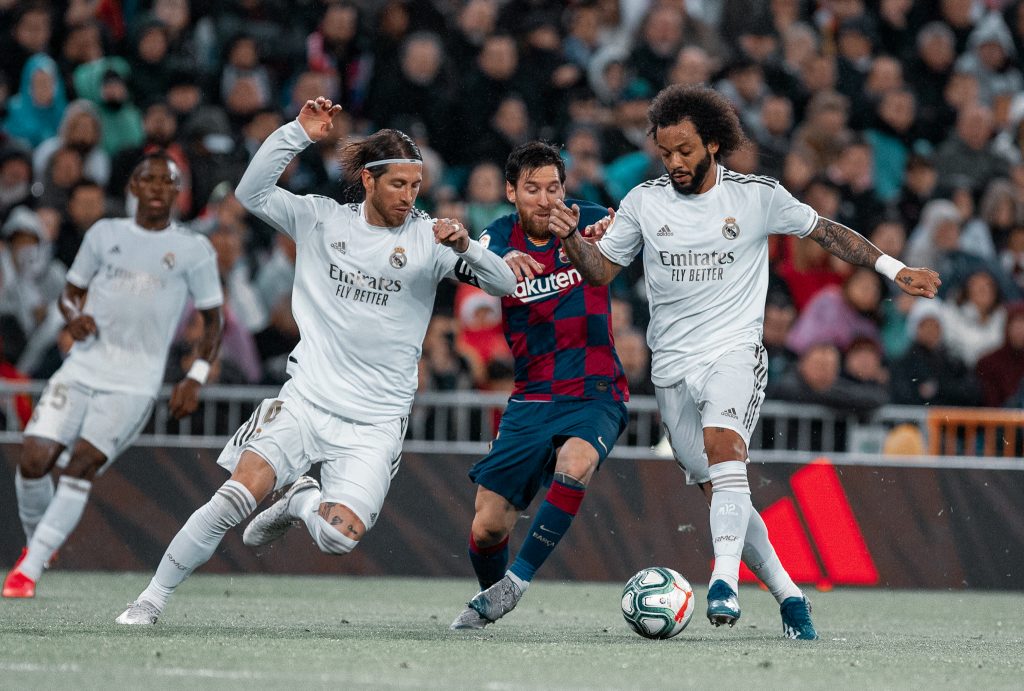 Pressing in football is as essential as ever in today’s modern game. Here, we look at the pressing intensity of Barcelona and how it has varied over the years.

Barcelona have been exemplary in displaying the essence of Juego de Posición over the last several decades. The legendary Johan Cruyff brought the philosophy to the Catalan club from the Netherlands and his pupil Pep Guardiola took it new heights. It is safe to say that the club owes the majority of its success to the philosophy.

The unique approach to football consist of 3 P’s: Possession, Position and Pressure. Each of these had its merits and when mastered together brought out the best of football. Generally, the teams which practice the positional play are associated with extravagant attacking prowess. However, defending is also a crucial aspect of this football.

According to Johan Cruyff, having the ball is the best form of defending. So to retrieve the ball when out of possession is essential. Effective pressing is the solution to this problem. Guardiola’s six-second rule perfectly describes the need for immediate pressing. The team must either retrieve the ball within six seconds of losing it or move back to defensive shape if time elapses or ball moves out the pressured zone.

Pressing indicates how well the side collectively acts in attack and defence. One of the ways to measure the intensity of pressing of a team is PPDA.

Passes Allowed Per Defensive Action (PPDA) is a metric that calculates the number of passes the opponent makes per defensive action of the defending team. The defensive moves included are tackles, interceptions, challenges, fouls. The metric gets recorded for specific areas of the pitch where a side is likely to press more.

The lower value of PPDA indicates that the team presses with high intensity. However, the strength of the press differs in various thirds of the field. Some teams practice high press in the attacking third, and some employ it only in the middle third to conserve energy. The pressing varies during a game according to its situation. Nevertheless, taking a look at average PPDA values for the season gives some perspective.

An important point to note here is that the PPDA value only gives perspective into the intensity of pressing – here in the attacking half. The metric does not help when measuring the quality or the success of the press. Those depend on different pressing traps, the ability of players and other factors.

How has Barcelona’s pressing intensity varied over the years?

Pep Guardiola introduced his fabled 6-second rule when he was at Barcelona. So, naturally, the pressing intensity was very high during his time at the club. The team was at the peak of its powers, with the players being young and in their prime. Slowly as the managers changed, and players got old and accustomed to the tactics, the intensity decreased.

In the last six seasons, Luis Enrique’s first campaign had the lowest PPDA in the attacking half. Luis Suárez had just signed for the club, with a point to prove after the ban, bullied the opponent defences with his trademark pressing. Neymar Júnior was entering his prime and the season was the start of the glory years from the historic attacking trio MSN, obviously completed by Lionel Messi. With the front three being the team’s main attacking outlet, they counter-pressed high up the pitch.

Barcelona’s pressing intensity has been on the decreasing trend over the last six seasons in La Liga | Data taken from understat.com

Well into the Luis Enrique era, Neymar started dropping deep along with Messi to create, leaving only Suárez upfront. The PPDA value increased every season since. Xavi Hernández left after Enrique’s first year, and Andrés Iniesta was typically ageing, unable to play with the same intensity as before for the whole ninety minutes.

Enter Ernesto Valverde, and unfortunately for him, Neymar departed that summer, leaving a big hole in the attack. With an ageing Iniesta, there was very little creative force in the midfield. As Valverde focussed on stabilising the team, he switched to a 4–4–2 formation leaving only Lionel Messi and Luis Suárez upfront. With Messi dropping deep regularly, and not pressing often, the intensity of press towards the opposition backline decreased rapidly.

League rank for PPDA value over the seasons. The lower value, the better
* the season is not over

In the following season, despite the change in formation, back to 4–3–3, the intensity remained almost the same. With Ousmane Dembélé injured for most of the course, and Philippe Coutinho deployed on the wings, there was little pace upfront. As seasons progressed, players got comfortable with the coach, and pragmatism kicked in. Instead of pressing after the loss of possession, the team dropped back to defend. In the current season, the Catalans rank fifth in the league for the lowest PPDA value.

While there is absolutely nothing wrong in dropping back to defend, Barcelona were never comfortable without the ball. The blaugranas had a tough time defending their box with their opponents having the ball. Due to lack of intensity in pressing, various defensive problems popped up over time.

Barcelona’s pressing intensity may have had a hand in their leaky defence lately.

The expected goals against (xGA) of the team increased over time under Valverde. While the strength of pressing is not a direct factor, due to the low intensity, the opponents are allowed to take more shots, thereby resulting in higher xGA. The goals against stayed under the xGA for the two seasons with Marc-André ter Stegen in excellent form, but it crossed the xGA value in the third season.

The majority of the crucial players in the squad are over the age of 30. Therefore, it is understandable that the intensity dropped to facilitate their fitness. But, with new and young players like Arthur Melo, Frenkie de Jong and Ousmane Dembélé entering the frame, the energy levels should automatically go up.

The intensity of pressing may not be a direct cause for a leaky defence, but it is a contributing factor. Winning the ball high up the pitch and maintaining the possession has been the Barcelona way of defending, and will always be. With the players trained and highly capable of playing the style, it makes no sense in asking them to drop deep. With Quique Setién’s appointment, subjectively, the pressing looks improved with intelligent traps laid at certain places. Maybe it is the new manager’s bounce or the honeymoon period where everything looks to be improving, but, things seem to be moving in the right direction.