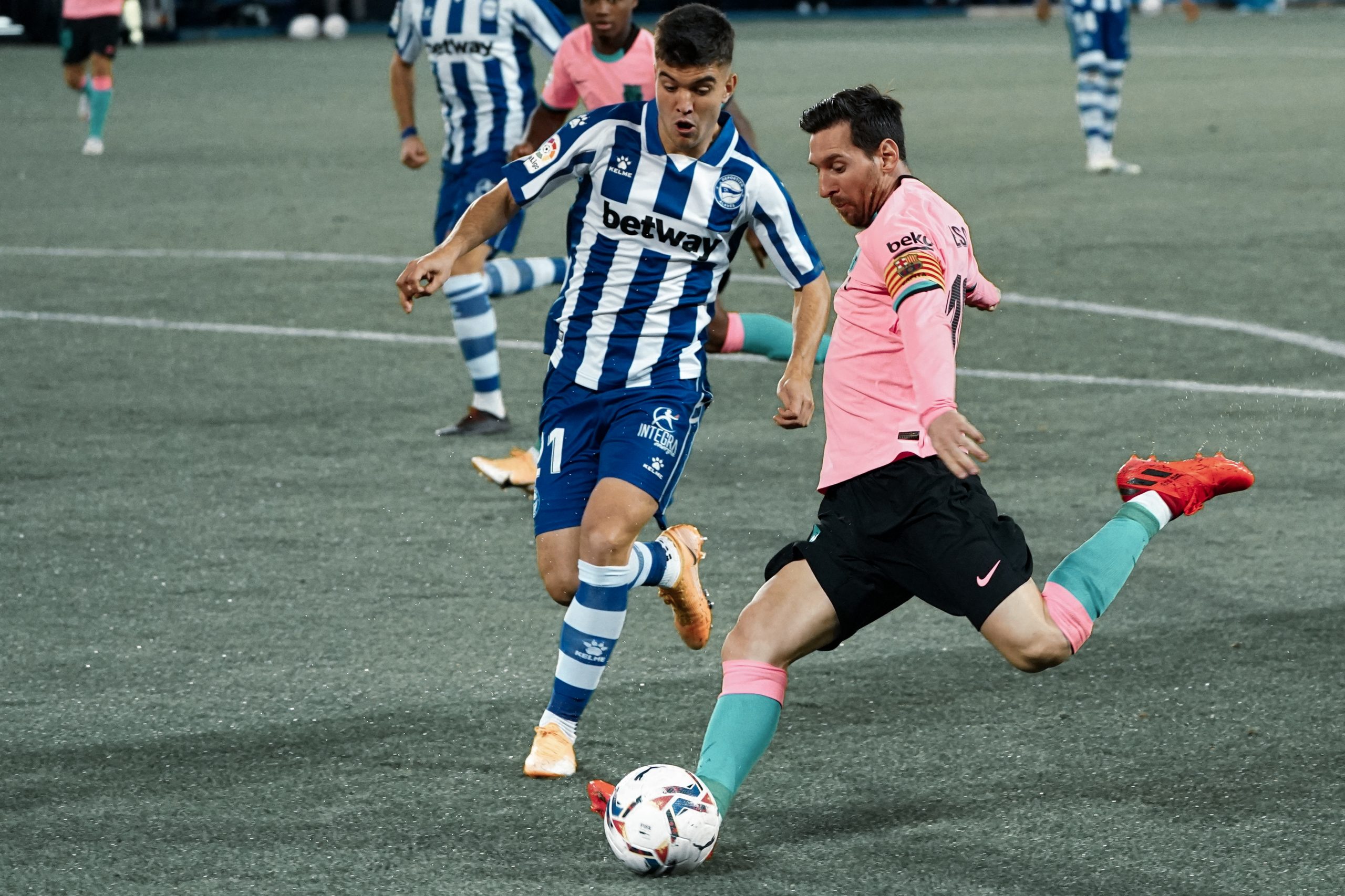 Barcelona have been inconsistent with their performances this season; the highs are too high, and the lows too low. However, they have been consistent with one thing: not being able to finish chances that come their way.

Sometimes in football, goals cannot tell the entire story of how a match panned out. Yet in the end, it is the final score that matters in determining the result of the game — you may remember the scoreline; not the performance, though.

Over the past few years Barcelona fans have been yearning for the beautiful football that Johan Cruyff and Pep Guardiola’s teams displayed. Ernesto Valverde got games done in his first two seasons at Barça, but rarely did his team look as convincing as the scoreboard showed.

Under Ronald Koeman, however, the Blaugranas have struggled to find that finishing touch. Like the game against Deportivo Alavés, the team just cannot seem to get that winning goal despite a convincing performance. As they had against Sevilla and Real Madrid, Barca pulled a goal back to bring things level, and then failed to pull another one out of the bag.

Replacing Luis Suarez’s goals was always going to be laborious. He might not have pressed with intensity, but when needed, he always seemed to produce outrageous screamers to win games. The poor financial situation at the club meant that his void was left empty. And now, without a proper number nine, the Azulgranas are struggling.

Lionel Messi has endured a torrid start to the campaign, whilst the likes of Antoine Griezmann and Ousmane Dembélé are low on confidence, and it shows in their goal attempts. This means that it falls upon the shoulders of youngsters like Ansu Fati to bring in goals. Fati has fulfilled what fans expected from him and then some. Now its time for the other forwards to step up.

Even though it has been just six games since the domestic campaign began, it is staggering that the 18-year-old is the only player with more than one goal scored in La Liga for Barça.

One could never have expected that Messi would go nine games without scoring from open play. And somehow it has happened. His finishing has been abysmal this season, and his dip in form could not have come at a worse time. It may be because of him being used as a false nine at his current age, or his displeasure at being forcefully held at the club. But whatever it is, it needs to be amended soon.

At times like this, when your frontline is struggling for goals, you would expect your midfielders to step up. Even though Sergio Busquets, Frenkie de Jong or Miralem Pjanic are not going to turn into prime Luis Suarez, they are more than capable of attempting a shot on goal from inside the box or even from the edge of the area.

Miralem Pjanic’s shooting prowess is well known, and we should see more of that soon. (Photo by Marco BERTORELLO / AFP)

Busquets has played as a defensive midfielder all his career and he has never been required to take shots. So one can understand why he always looks to pass the ball instead. On the other hand, the likes of Pedri and Francisco Trincão are still very young and are probably too nervous to go for it alone. De Jong, too, does not encounter many situations where he gets into goalscoring positions.

However, as Ronald Koeman himself said, the players need to take more shots. Passing around the edge of the box waiting for Messi to create goals just won’t work.

Additionally, Barça are not a team gifted with lethal forwards like Cristiano Ronaldo or Robert Lewandowski who can sniff out headers inside the box. So when a team parks the bus and forms a low block, long shots become more important than ever.

As seen against Juventus, the first goal took a huge deflection on the way in. One could say it was a mere stroke of luck for Ousmane Dembélé. But the fact that he took the shot from that position created the opportunity to get lucky.

What should Koeman do to fix the issue?

It is not ideal to have a team with so many players who prefer to fall deep and carry the ball without a single proper striker. Yet that is what Ronald Koeman has at his disposal, and he cannot change it till at least January. So it is now up to the Dutchman to motivate his squad to be fearless and have a go when the opportunity arises.

Koeman was known for his shooting ability despite playing at centre back. He knows more than anyone else how important it is to attempt a shot from a difficult position. And that means that he is well positioned to explain the same to his players.

Like seen in the 1992 European Cup final, inspiration can come from the most unexpected places. When Plan A fails to work, new routes must be explored to attain success; the same routine does not work every time. And that is exactly what this Barcelona side need.

The fact that he admitted that it was a reason for the Catalan giants going through a rough patch of form means that he is aware of where it is going wrong. Only time will tell whether Koeman can react and add that missing factor to Barça’s promising side. It is clear though that this might be the make or break factor given the crucial and gruelling season ahead.