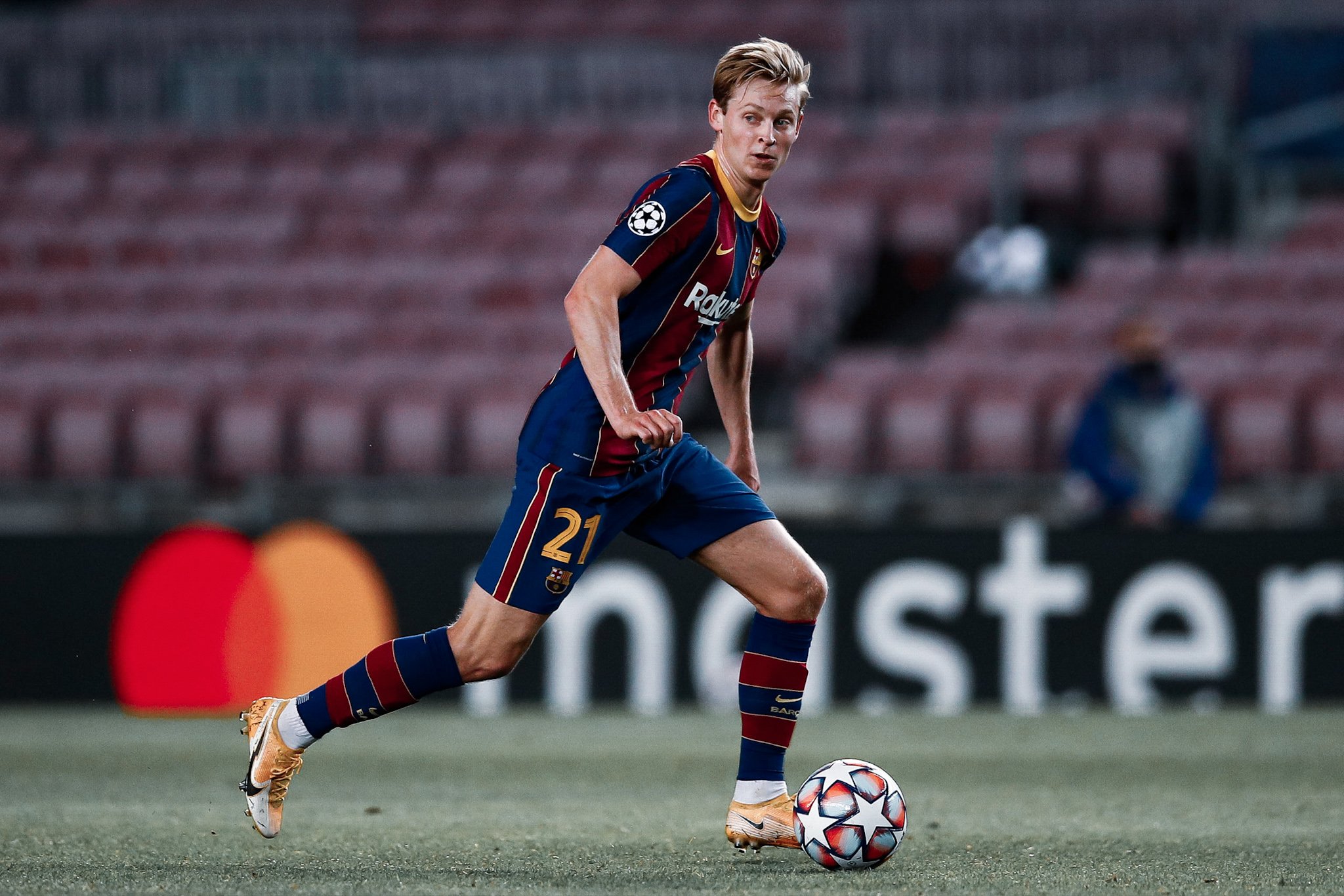 Dutch sensation Frenkie de Jong joined FC Barcelona on the 23rd of January for a €75 million initial fee, with bonuses that could take the total to €86 million. The transfer succeeded a huge saga in which the Dutchman was linked to other major clubs in Europe like Manchester City and PSG.

As a matter of fact, the end of the saga was quite iconic as Josep Bartomeu, the former President of Barcelona, flew to the Netherlands in order to get de Jong’s signature and hijack his move to PSG.

Frenkie de Jong was presented in the summer of 2019 and joined the team for pre-season. The Dutchman has played under 3 managers in less than 2 complete seasons and earns a reported €16 million per year. What seemed a match made in heaven has gone wry, as Frenkie de Jong has failed to impress in Blaugrana colours (so far).

De Jong’s start at his dream club was quite rocky. Barcelona and Valverde were under tremendous pressure following the team’s collapse at Anfield, an event which ruined a potential treble season. De Jong was brought in along with Antoine Griezmann, in order to rejuvenate the squad. In the 19/20 season, Valverde played a 4-3-3 formation, and de Jong was deployed as a left centre-midfielder with Sergio Busquets playing as the deep-lying playmaker in the pivot. While de Jong is a versatile player and can play anywhere in the midfield, there was a consensus that he played best as a defensive midfielder.

Valverde was criticized by journalists and fans for playing the Dutchman out of position; De Jong was often seen operating on the left-flank instead of being allowed to dictate from deep. None the less, he had a decent first half of the season. In January 2020, Barcelona lost to Atletico Madrid in the semi-finals of the Supercopa de Espana, and Ernesto Valverde became the first Barcelona manager to be sacked since Louis van Gaal in 2003. Valverde’s dismissal spelt change at Barcelona as the reigns to the Catalan club were given to Quique Setien.

Quique Setien’s appointment came with both excitement and uncertainty. The manager was known for his possession-based football, but on the other hand, he had never won silverware in his career. While there was uncertainty regarding the results of the team, it seemed almost certain that Frenkie de Jong would excel under a manager like Setien. That did not end up happening.

The first few months, Setien experimented a 3 at-the-back formation, but quickly abandoned the idea after poor results. For the remainder of the season, Barcelona played a 4-3-3 or a 4-3-1-2, and once again de Jong was made to play as a centre-midfielder instead of a defensive-midfielder.

The Dutchman was not making the line-breaking passes he was while at Ajax, or while playing for the Netherlands team, and neither was he progressing the ball like he used to. The presence of Busquets meant that de Jong could not see the ball as often as he used to, but on the occasions that he did possess the ball, he did not seem to control the game.

De Jong’s best game in a Barcelona shirt came against Napoli in second-leg of the Champions League knock-out stages. The Dutchman was weaving his way past defenders, linking up with team-mates, making threatening passes and dominating the midfield overall. He ended the game with a 92% passing accuracy, 3 dribbles, 6 duels won and 1 key pass.

While fans were hoping that that version of de Jong is the one they see from here on out, that did not end up happening. In the team’s 2-8 humiliation versus Bayern, the Dutchman was dominated by Leon Goretzka. While he was still one of Barcelona’s better performers, a player of his quality, who has the ability to dictate games, needed to have done more.

Barcelona ended the 19/20 season trophyless and disgracefully. de Jong had a decent debut season. Not world-class but it was understood that he would require one season to be fully integrated into the team.

Barcelona legend, and manager of the Dutch National Team, Ronald Koeman was entrusted with Barcelona’s managerial job following the sacking of Setien. His appointment, just like his predecessor’s, came with both excitement and doubt. However, it finally seemed as if de Jong had found a manager capable of getting the best out of him, as Koeman had managed the 23-year-old in the Dutch national team.

Ronald Koeman has lined up Barcelona in a 4-2-3-1 formation, with de Jong playing as one of the midfielders – this is the same position he played at Ajax. 1 year of experience, a manager he had worked with previously, and a position he was familiar with, de Jong finally had all the tools in his arsenal to not only play well but play well consistently. However, that has not been the case.

So far, De Jong has been average. Most of his passes consist of side passes or back passes. While this type of passing is imperative in a possession-based system, a Barcelona midfielder must be able to make key through balls to an extent. The midfielder does attempt the occasional lobbed passed into the box, but that is usually ineffective due to the lack of tall players in the team.

The Dutchman was highly valued for his ability to play simple football – quick passes, great positional play, and excellent movement. He looks lost in the Barcelona side, most of his game time is spent in receiving the ball, scanning the pitch and making a diagonal pass.

He holds on to the ball for too long, and the end result is an ineffective pass. A double-pivot system means that the midfielders have to have defensive prowess. De Jong has great defensive ability but is still often beaten in the midfield. Sometimes he’s dribbled past, and he oftentimes his tackles and interceptions wrongly.

On a list of Barcelona’s worst performers this season, de Jong will not make an appearance. He hasn’t been especially poor, but he hasn’t been good either. He’s been simply average. Ineffective. Even though this is only his second season, the issue lies in the fact that the Dutchman has made zero progress during his Blaugrana tenure.

There has been no development since his first game for Barcelona, and his most recent game against Juventus. If anything, he has regressed. A player can only perform so well in an incompetent system, but a player of de Jong’s calibre, one who came with an €86 million price tag needs to perform at a certain level.

World-class players do not need to be ‘unlocked’ by their team-mates and managers. Forget Lionel Messi, Riqui Puig is a testament to this. The 21-year-old Spaniard is an excellent midfielder. Even though he has been baselessly neglected by Koeman, in the few minutes he has played, he has exponentially outperformed de Jong — in every single sector.

Frenkie de Jong is an excellent player with unlimited potential. There was a reason he was sought by great footballing minds like Pep Guardiola, Thomas Tuchel and Hansi Flick. It is acceptable to have rough patches, but there being zero development in almost 2 years is unacceptable. Barcelona’s humiliating losses in the last few seasons have been caused primarily by players’ lack of ability to take responsibility.

The truth is that regardless of all external factors, the Dutchman was purchased to do a job, and he needs to do it. Incompetent managers and unfamiliar positions are obstacles that de Jong is going to face in his Barcelona career, and he needs to decide whether he will treat these obstacles as challenges or as excuses.