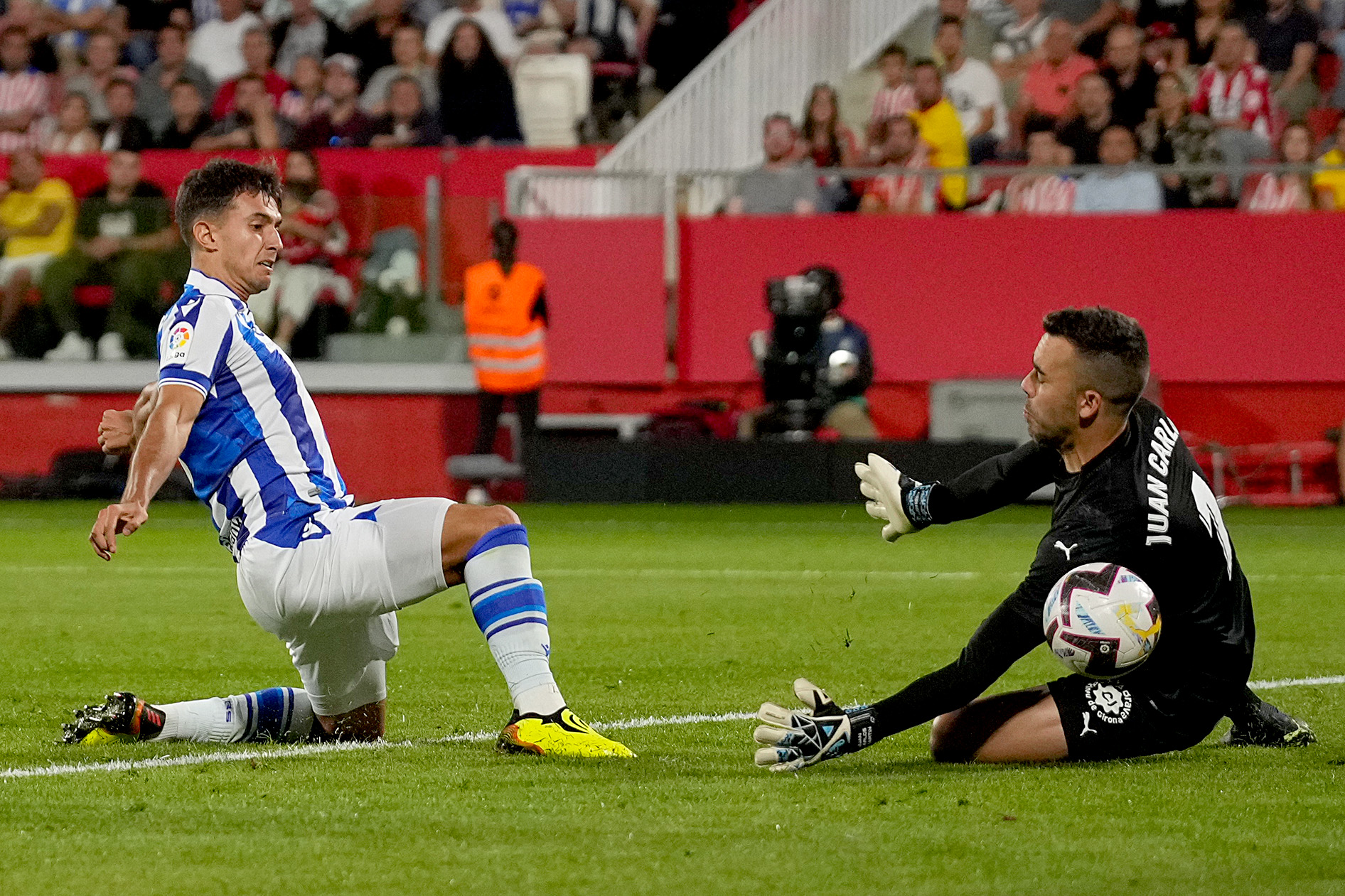 For the past couple of weeks, there has been plenty of discussion around the successor to come in for Barcelona captain Sergio Busquets next season.

It has been reported that the World Cup winner may bid farewell to the club in the summer of 2023, when his contract expires, which makes it key for Barcelona to find a replacement for a virtually irreplaceable player.

There were some suggestions that Xavi entrusts Frenkie de Jong to potentially take over the mantle, while others stated that the currently on-loan Nico Gonzalez is the rightful heir to the Barça legend.

However, a chunk of the rumours have centred around Martin Zubimendi as the perfect solution. A new revelation details whether a move to Spotify Camp Nou is on the cards.

As per the latest information provided by journalist Bruno Alemany, Zubimendi has agreed a contract renewal with Real Sociedad.

It is stated that the deal will become official shortly, while the €60 million release clause will carry on to his new contract.

While the Catalan giants are understood to be keeping an eye on the situation, getting the transfer over the line is believed to be a challenge now.

Despite Busquets still showcasing his class on most matchdays, it’s safe to say that the once-imperious defensive midfielder is past his imperious prime.

As a result, it remains extremely essential for Barcelona to scout the appropriate replacement, as the number six’s role remains instrumental in Xavi’s setup.

At just 23 years of age, Zubimendi would have been an astute signing for the next decade, considering he is also hailed as one of the best sitting midfielders in La Liga.

However, the Sociedad academy product’s decision to commit his long-term future with his boyhood club forces Barcelona to return to the drawing board. Wolves and Portugal midfielder Ruben Neves is also being looked at as a target by the Catalans.