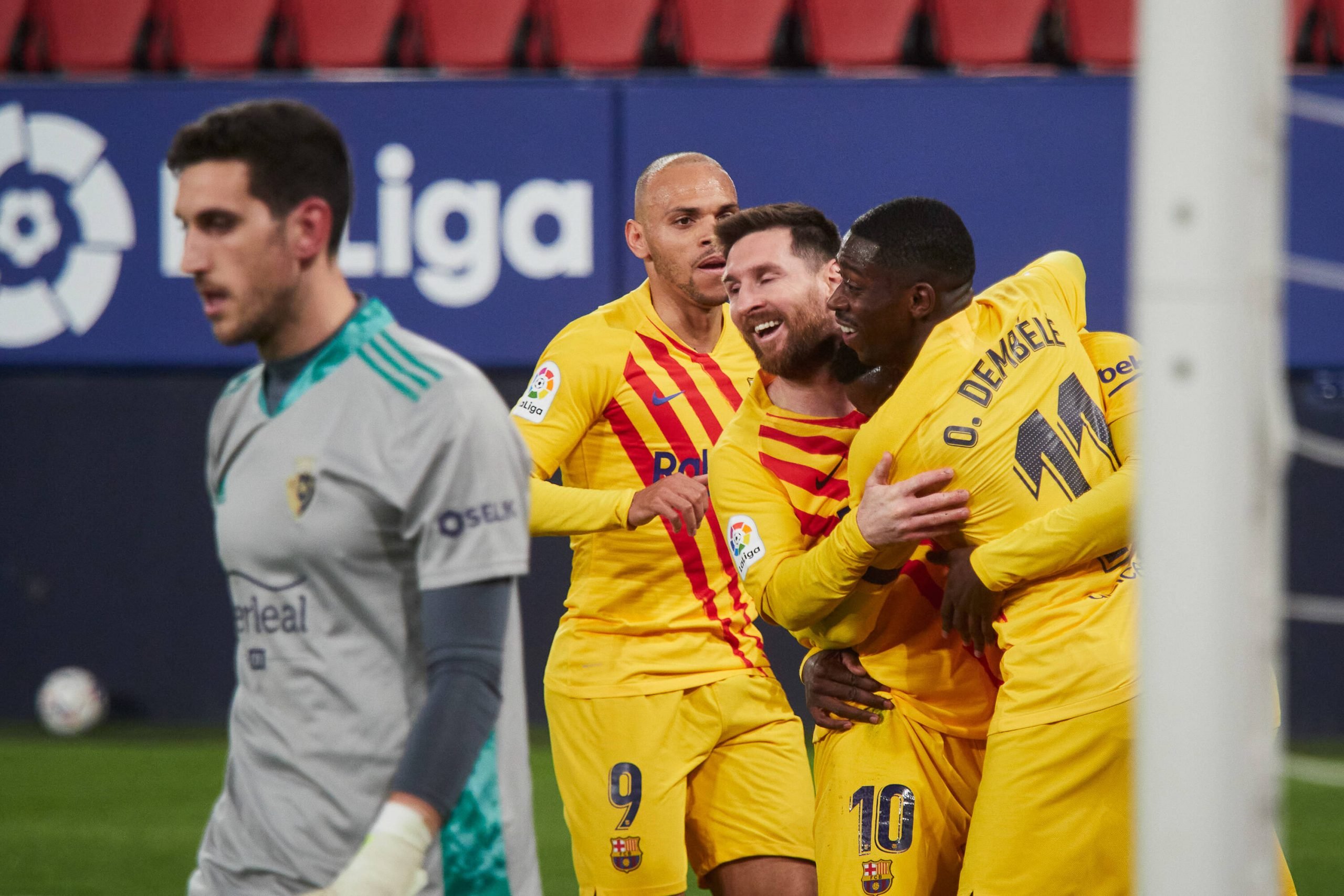 Following their 0-2 away victory against Osasuna in La Liga, Barcelona have broken yet another record. More often than not even that term has been used this season, it has for pejorative reasons, but not this time round.

This victory is their eighth away on the trot, and it now means that Barcelona is now on their fourth best away winning streak of all time in Spain’s top flight. This is surpassed solely by:

Overall this season, completely out of character, have also won a whopping 15 wins away from home this season. This is more than any other Spanish team in the top flight, only rivaled by Sevilla with 13.

On the away league table, Barcelona with 28 points are joint second with Real Madrid and trail only to Atletico de Madrid who have 29 points from a possible 36. The Garnet and Blue have the joint most wins (9), the most goals scored (25) and the joint best defensive record (9 Goals Against).

The Blaugrana would need to win only their next two in a row to eclipse their away points tally from last season. What a shift in mentality!