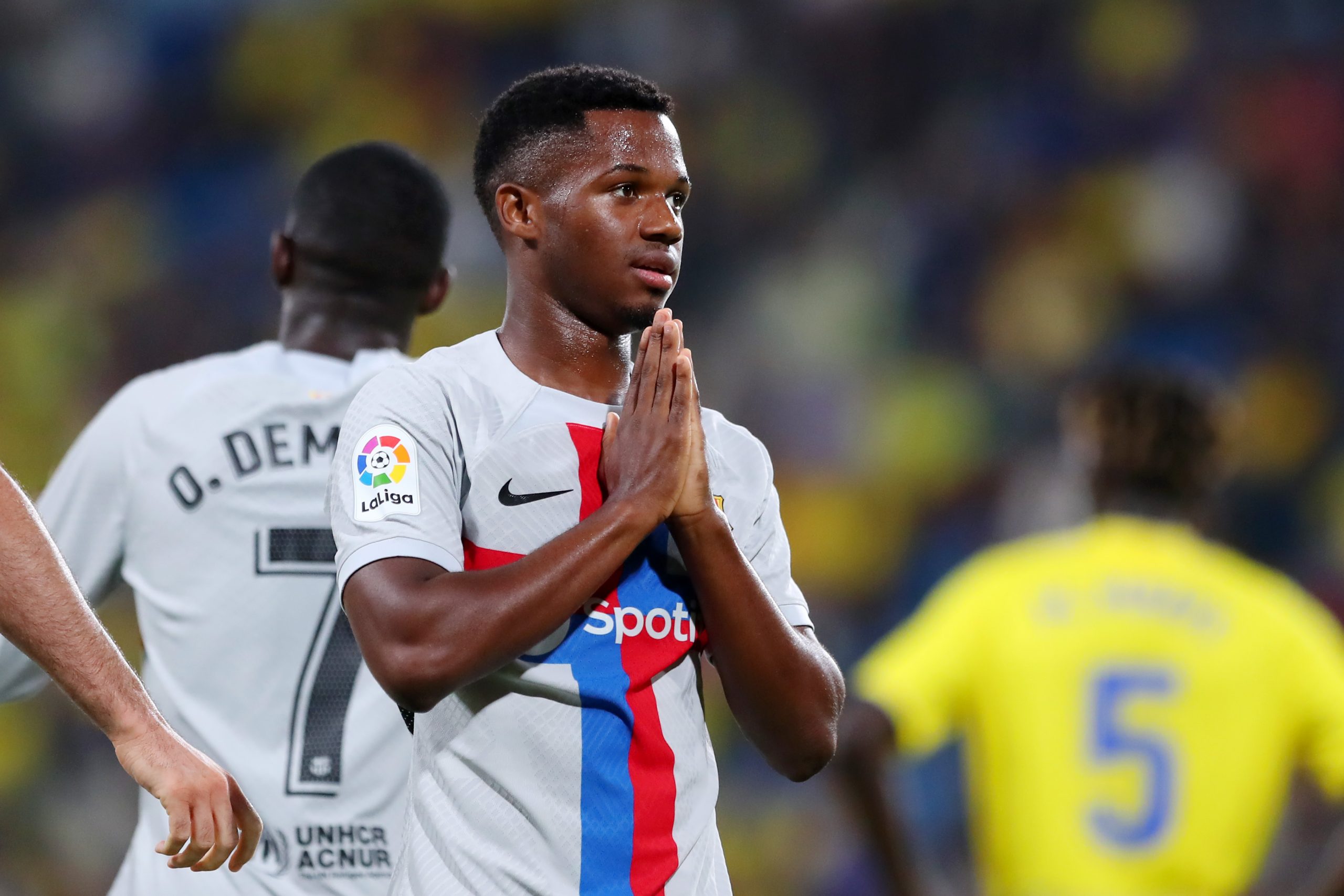 Ansu Fati has had to endure a difficult couple of seasons due to back-to-back serious injury issues that have kept him off the pitch for a prolonged period.

Indeed, Fati suffered a serious knee injury in 2020 which sidelined him until late last year. Following that, a recurring hamstring problem meant that he missed most of the previous campaign as well.

While he has recovered, Barça have been careful and cautious in reintegrating him into the side, with Xavi Hernandez regulating his minutes so as to avoid overworking the 19-year-old forward.

Reports indicate that Fati is doing well physically, but has had some psychological issues, especially with being snubbed by the Spanish national team recently.

A fresh report from SPORT provides an insight into Fati’s situation. It is claimed that the teenage prodigy has most of his physical parameters close to the levels before his injuries occurred. However, in terms of speed, the La Masia ace is lacking a little bit.

The report also indicates that the 19-year-old is trying to avoid taking on defenders in 1v1 situations as it puts a lot of stress on the muscles and the rhythm and intensity required for that are still not there.

It is further claimed that Fati would prefer to play through the middle as a No. 9 rather than a left-winger at this moment, as it would mean lesser physical exertion for him. Furthermore, the youngster believes that his skills inside the box can help him make a difference for the team.

Barça do not have a lot of options behind Robert Lewandowski in the No. 9 role and using Fati in that position could be a good move from both the player and the club’s perspective at this point.

In eight matches across all competitions, the 19-year-old has started just one game, but still has two goals to show far. The quality and potential is undoubted, but it is the matter of him gaining his rhythm and confidence back.