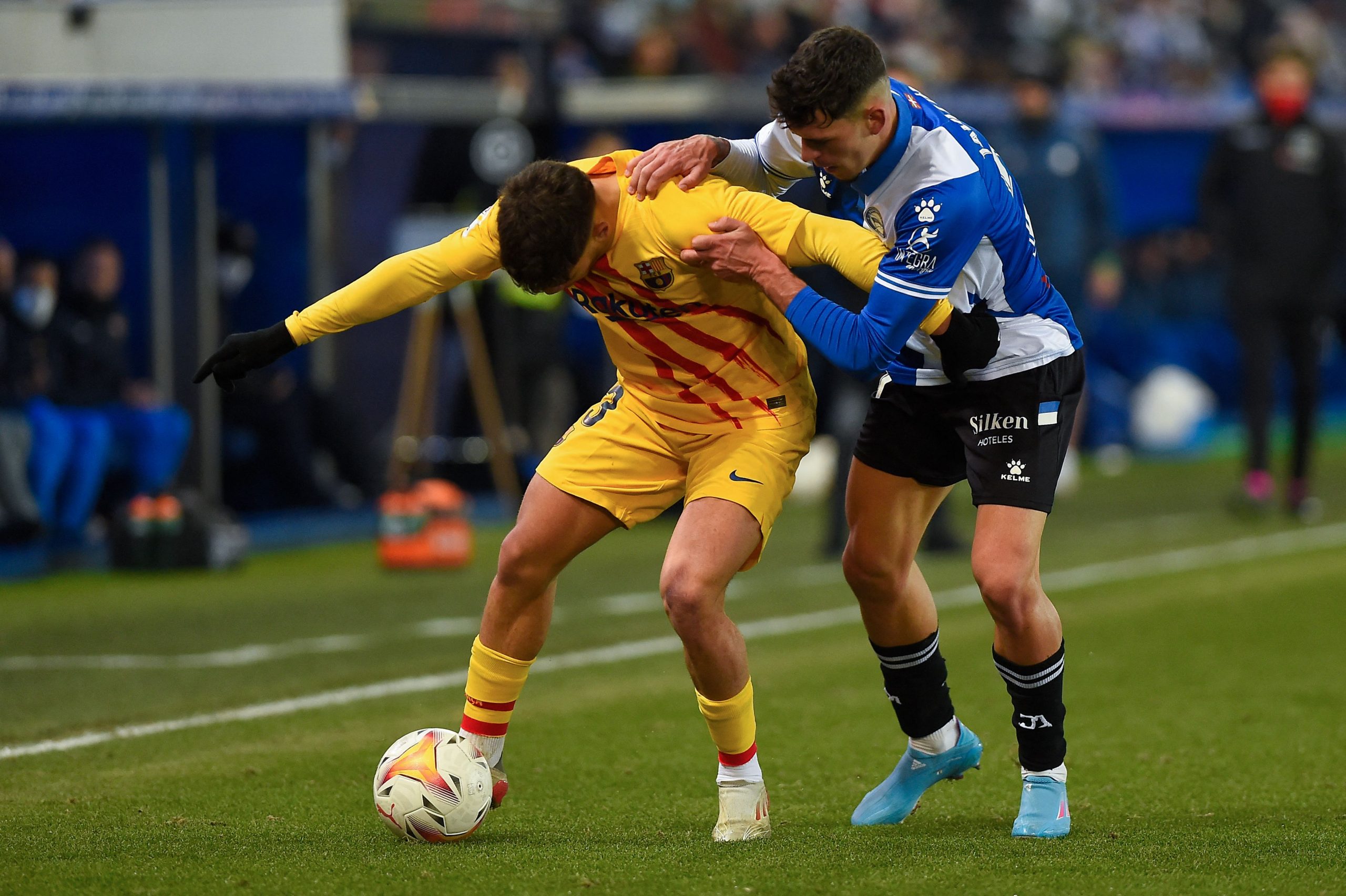 Barcelona have done well revolve their team around the infusion of young players. But while players like that Pedri, Gavi and Ansu Fati have done extremely well, others haven’t quite been as fortunate.

The club are, in fact, may offload multiple youngsters in the coming summer. And according to Mundo Deportivo, one of those youth players in contention to leave Camp Nou is Abde Ezzalzouli.

The report suggests Barcelona want the youngster to continue in the reserve team in the coming season. But the player’s representatives are demanding a place in the professional squad, failing which could compel them to consider an exit.

Ez Abde is already a valued asset in the market. Due to his skill and potential in the final third, he has emerged as a target for various clubs across Germany and England.

Abde’s agent Javi Garrido has close ties with superagent Jorge Mendes, who could play a role in the discussions and help mediate the attacker’s exit from Camp Nou.

Barcelona’s initial wish is to loan the young Moroccan away in the coming season. They want him to continue his development elsewhere, having only earned six starts in La Liga since joining the club last summer.

However, the Catalans aren’t opposed to selling Abde permanently if a good offer comes across.

Having only brought him for €2 million last summer, the club sense an excellent market opportunity to make a handful profit that will help them boost their finances ahead of the coming season.

Clubs from England and Germany have already started to push through with offers for the young winger while league rivals Real Betis have also expressed the desire to snap him up in the summer. Where the player eventually ends up remains to be seen.