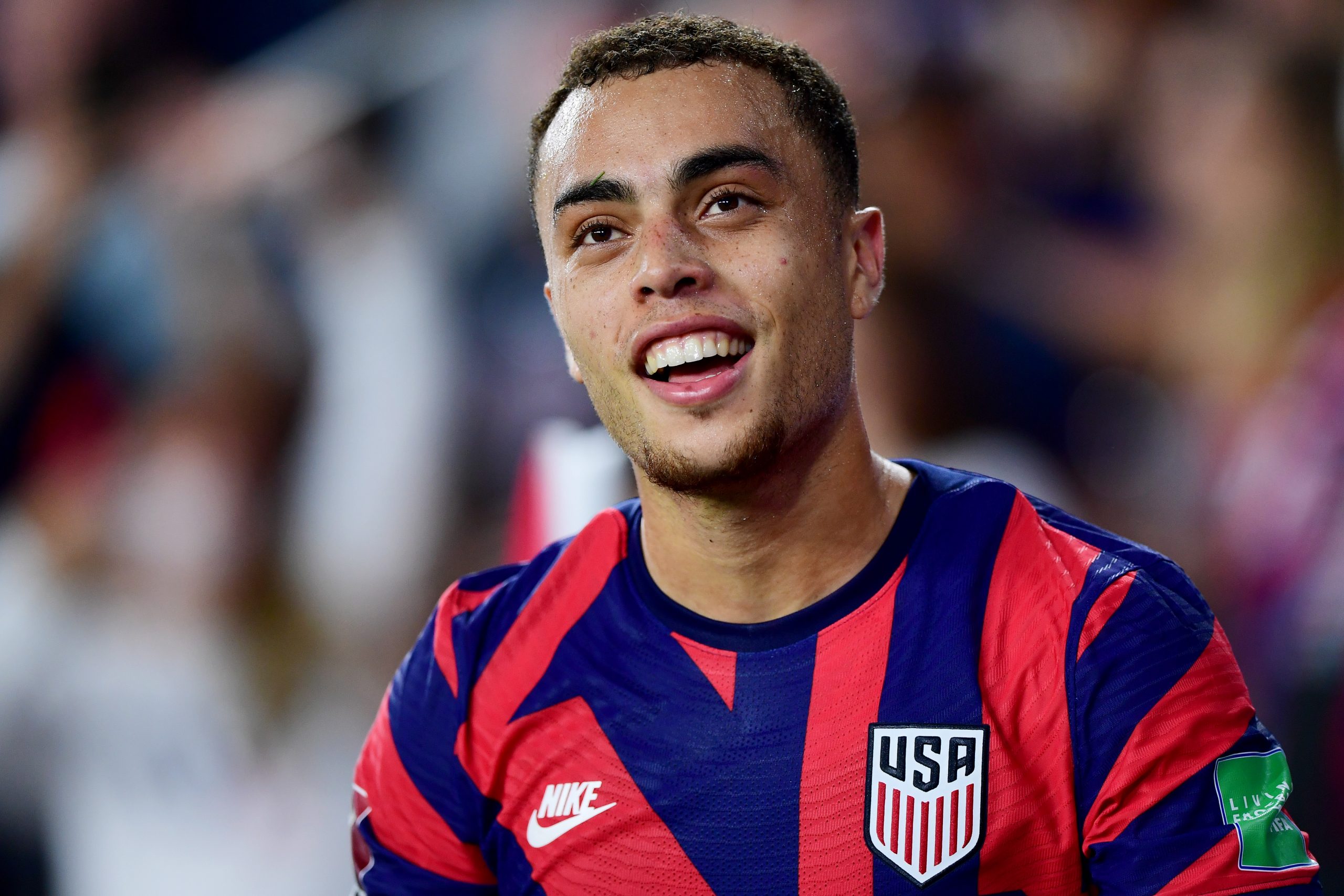 Sergino Dest was one of the Barcelona players who were offloaded on deadline day, as part of the club’s desperate attempt to lower the overall cost of the workforce.

Although financial reasons did play a key role in convincing Barça to ship Dest away to AC Milan, the player also did not impress Xavi much and had endured a rather inconsistent spell at Spotify Camp Nou.

Nevertheless, he joined AC Milan on a season-long loan deal, paving the way for Barcelona to sign Hector Bellerin on deadline day. However, almost two weeks after his move was made official, Dest has recently had his first press conference in Milan.

Dest, who is yet to feature in a single Serie A match so far, offered key details of his contract with Milan while also voicing his desire to play for the Rossoneri for a long period.

“There’s a buy option in the contract between AC Milan and Barcelona, so I will do my best here as I hope Milan will sign me on a permanent deal,” said Dest (h/t Fabrizio Romano). “I’m really happy here and I will give 100% to stay,” he added.

Dest’s comments serve as an indicator of the fact the American international was never quite happy at Barcelona. With coach Xavi unimpressed by his performances, the 21-year-old never really had any prominence in his first-team plans.

It ultimately prompted Barcelona to send him away on loan, while signing the more experienced Hector Bellerin as a replacement.

As far as Dest’s spell at Milan is concerned, the right-back has featured in two matches in the UEFA Champions League. But he is yet to play in Serie A, having sat on the bench for the past two matches.

Dest will be looking to make his debut in the Italian top flight on Sunday when Milan lock horns with Napoli at San Siro.