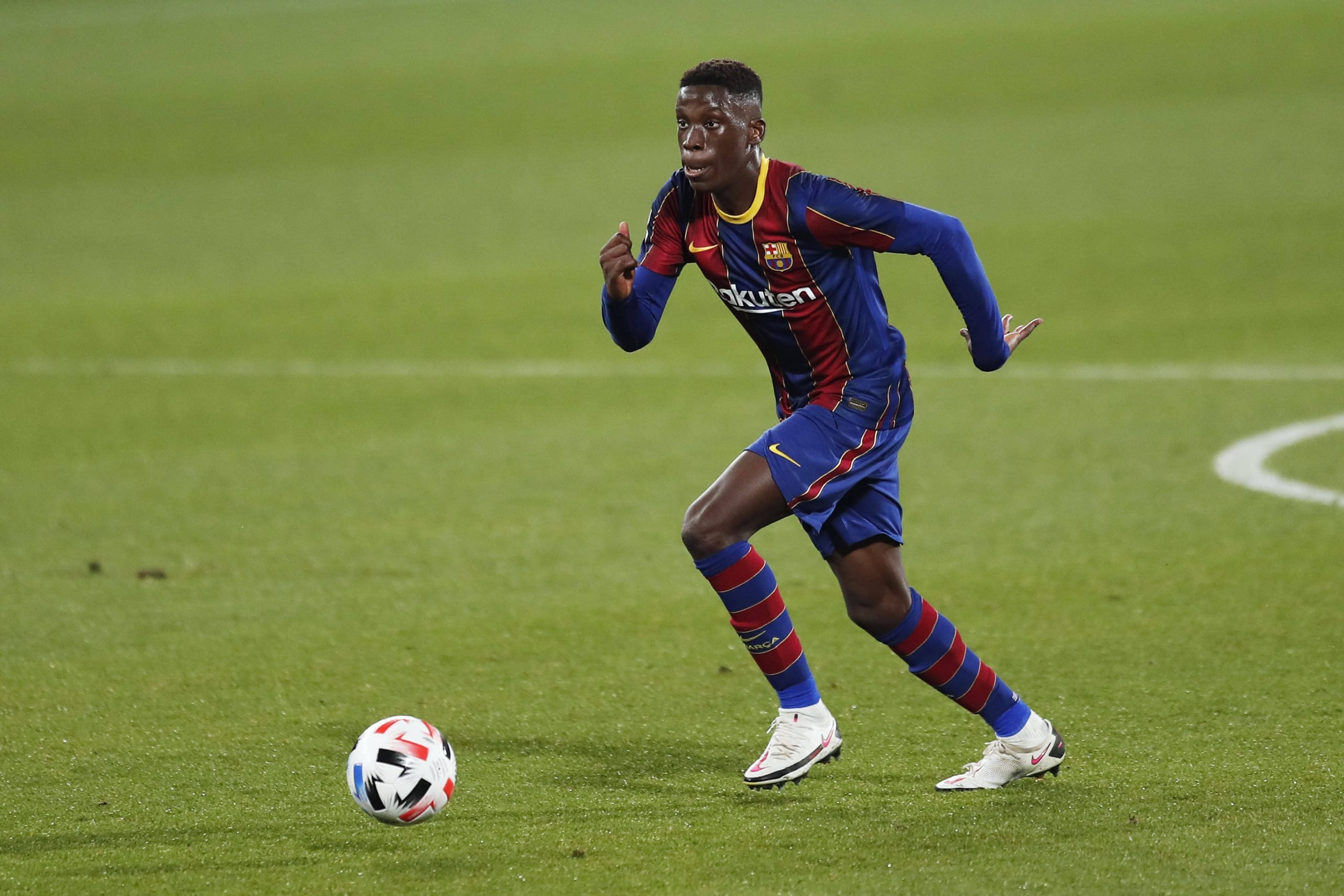 Barcelona B midfielder Ilaix Moriba received his first minutes with the first-team in Barça’s Copa del Rey victory over UE Cornella on Thursday. The youngster celebrated his 18th birthday in the best possible way. He became the third new youngster to make his debut for Barcelona since Ronald Koeman took over after Konrad de la Fuente, and Oscar Mingueza.

Needless to say, the teenager was ecstatic and thanked the Dutchman for his birthday present. Moriba also took the time out to thank his B team coach Garcia Pimienta and his staff.

“It’s an amazing feeling. Since the coach told me I was going to be in the side today, I got home and just couldn’t sleep. This has been the best birthday present I could have, so thanks to Koeman,” the 18-year-old said in the post-match press conference (via Barça TV+).

He then continued being grateful, thanking his B team associates, “My team is Barça B with Pimi, I’m very grateful to him and also to Catena, Franc and Marc Serra.”

Moriba featured for 74 minutes in Barcelona’s Round of 32 victory in the Copa del Rey, against fellow Catalans UE Cornella. For the third cup game in a row, Barça had to battle out their opponents in extra time. A heavily rotated Barcelona side failed to break the deadlock as they missed two penalties — one each from Miralem Pjanic and Ousmane Dembele — and were denied by Cornella keeper Juan Ramirez’s heroics. Extra time strikes from Ousmane Dembele and Martin Braithwaite finally sealed the win for the Blaugranas, though.

The 18-year-old showed many good signs and didn’t look out of place with the first team. He will be thrilled with his debut and will be optimistic for more chances with the first team from now. Moriba has made six appearances for Barça B in the Segunda B this term and has impressed Pimienta and truly made the central midfield position his own. He missed a few games with an ankle injury but is now fully fit to feature with either of the Blaugrana outfits.