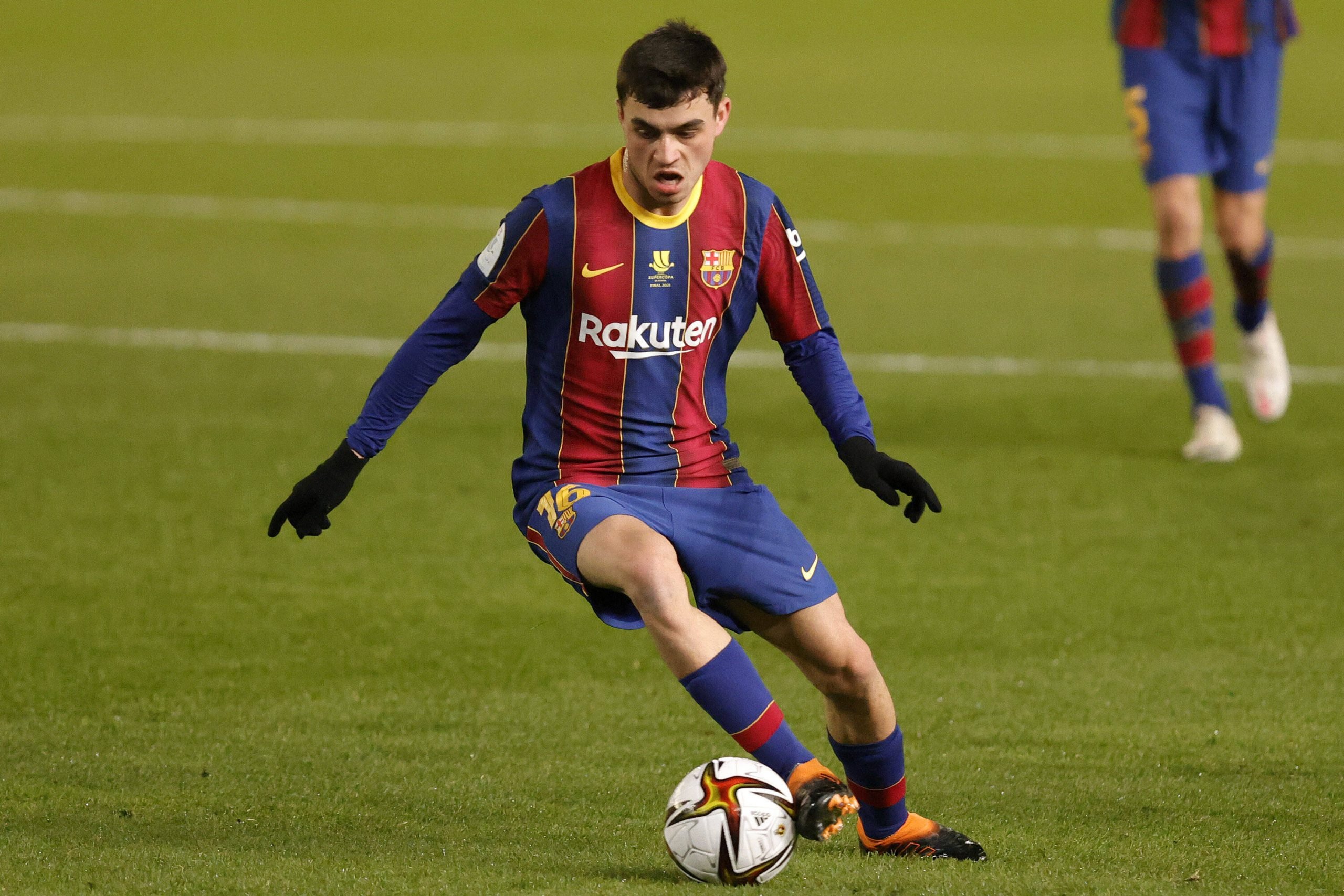 Among only a handful of positives from the season, we can definitely count the inclusion of teammates into the first-team atmosphere as one. Be it La Masia jewels like Ronald Araujo, Oscar Mingueza, and Ansu Fati, who know and understand the system well, or outsiders like Pedri who have shocked the world with their immense talent.

The 18-year-old has taken the world by surprise in his very first season at the club, going from been deemed as a surplus when Ronald Koeman arrived, to becoming a major peg in the starting XI for Barcelona.

Credit where credit is due, Koeman has done a fantastic job in his integration, easing him in. While it can be claimed that he is overplaying the teenager, Pedri’s performances week after week do enough justice to his starting role. In an interview with Chinese journalists, as relayed by Mundo Deportivo, Pedri talked about his adaptation to Barcelona, and how he managed to do it with such effortless finesse.

“From the fist day I adapted very well because I am at the club where I wanted to be,” the Spaniard said.

He has previously talked about how joining Barcelona was his dream come true, and how he lucked into joining Barça after Real Madrid rejected him as a pre-teen, in an interview with El Larguero, and relyed by Cadena SER:

“Two or three years ago, I went to Real Madrid for a trial. I was there for a week, but they told me to keep working, that I wasn’t the kind of player they were looking for.”

At 18, it seems like Pedri feels little to no pressure at one of the biggest clubs in the world, with the eye of the world media continually surrounding his every move. It is hardly surprising, though, as he himself said that he would feel more pressure at a university exam than taking a penalty at the Santiago Bernanbeu. We can just hope that day comes soon enough.