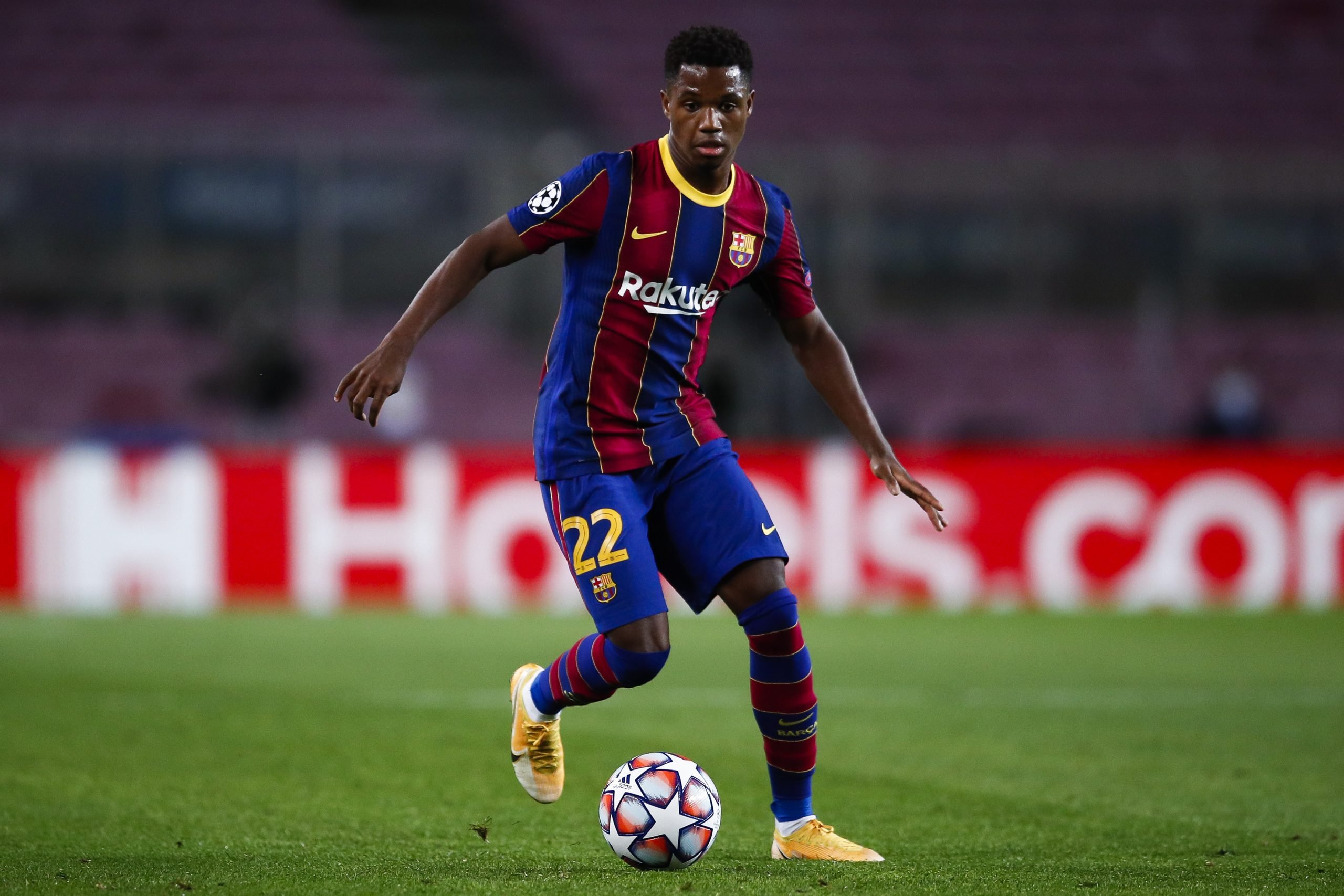 Ansu Fati suffered a knock after winning a penalty for Barcelona against Real Betis in the first half, and was substituted at half time with Lionel Messi coming on for him. If that was not concerning enough for Culés, Barcelona provided a grave update about his injury.

The forward has suffered a torn meniscus. He will probably undergo surgery and be out for a couple of months. Many reports say that the 18-year-old will be out for three months at the bare minimum, but additional weeks of recovery could be on the cards.

This injury is a huge blow for Fati who had been enjoying an electric start to the season. After becoming Spain’s youngest goalscorer, Fati also became El Clasico’s youngest goalscorer ever. He is also Barcelona’s top scorer at the moment in the league with four goals compared to Lionel Messi’s three.

Moreover, Luis Enrique included Fati in his Spain team for the upcoming international break and praised his maturity as recently as yesterday.

Ronald Koeman will also have to compose without one of his best players as the season keeps getting more robust. Fati’s red-hot start to the campaign was one of the few positives Koeman had brought with him this season.

Without the youngster, who usually started on the left, the Dutchman has Pedri, Ousmane Dembélé and Francisco Trincao to fill those shoes. Konrad de la Fuente is a wildcard option, and could also receive a call and be rewarded with a start, especially after Koeman praised him during pre-season.