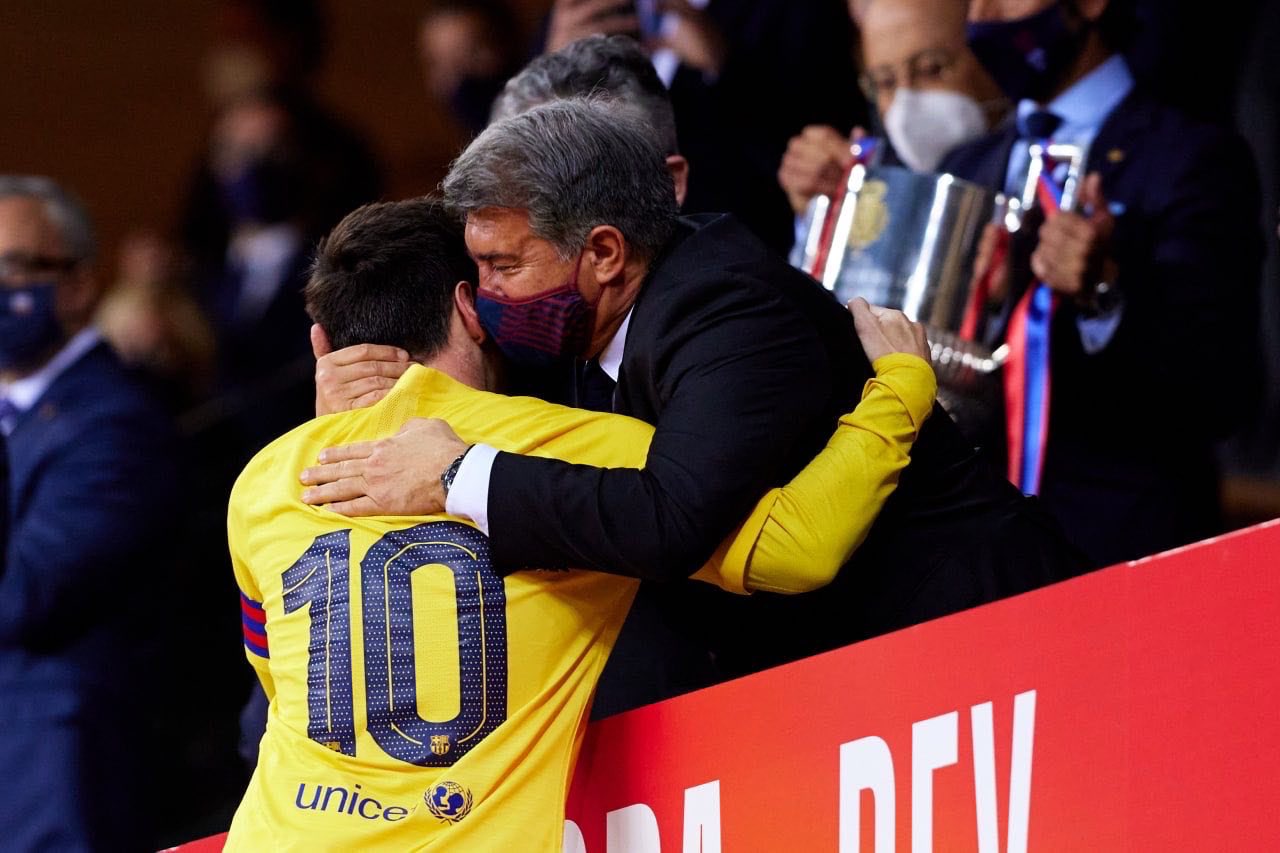 Looking at Barcelona’s payroll looks like something directly out of a movie where Leonardo DiCaprio decided to spend all his Wall Street earnings on any and all employees he could with massive paychecks in a failed attempt to revive his company. Such was the reign under Josep Bartomeu, who ran the club down a financial sinkhole, eventually resigning in shame.

Now, appointed as the new president of the club, Joan Laporta’s primary concern is dragging the club out of the €1 billion debt that has collected over the last half a decade. The first step in the ladder seems to be to make the squad agree to pay-cuts, again. And if Mundo Deportivo’s reports are to be believed, Laporta will convince Messi for a reduction first and use his example to convince other members in the dressing room, especially those earning a hefty amount.

Gerard Pique has always been in favour of pay-cuts, but it seems his future at the club hangs in the balance after a topsy-turvy season.

On the other hand, there has been news about Jordi Alba’s continuity, with the club very interested in signing another left-back. Links with Valencia’s Jose Luis Gaya seem to not die, even though Alba has publicly stated that he dreams of retiring at Barcelona.

Antoine Griezmann is among the highest-earners in world football and had already agreed to a slashed salary while joining Barcelona. It would be wise to get him to agree to a lower salary before moving on to the rest of the team.

Among people who face an uncertain future is Ousmane Dembele. The Frenchman’s Barcelona contract is due for renewal, but the two parties seem to be clashing heads over a revised salary. He gave a diplomatic answer when asked about it, saying, “I don’t know right now, we’ll see. We will meet with the management. I’m not in a hurry and neither are they. I’m totally focused on EURO 2020, then I’ll go on holiday.”