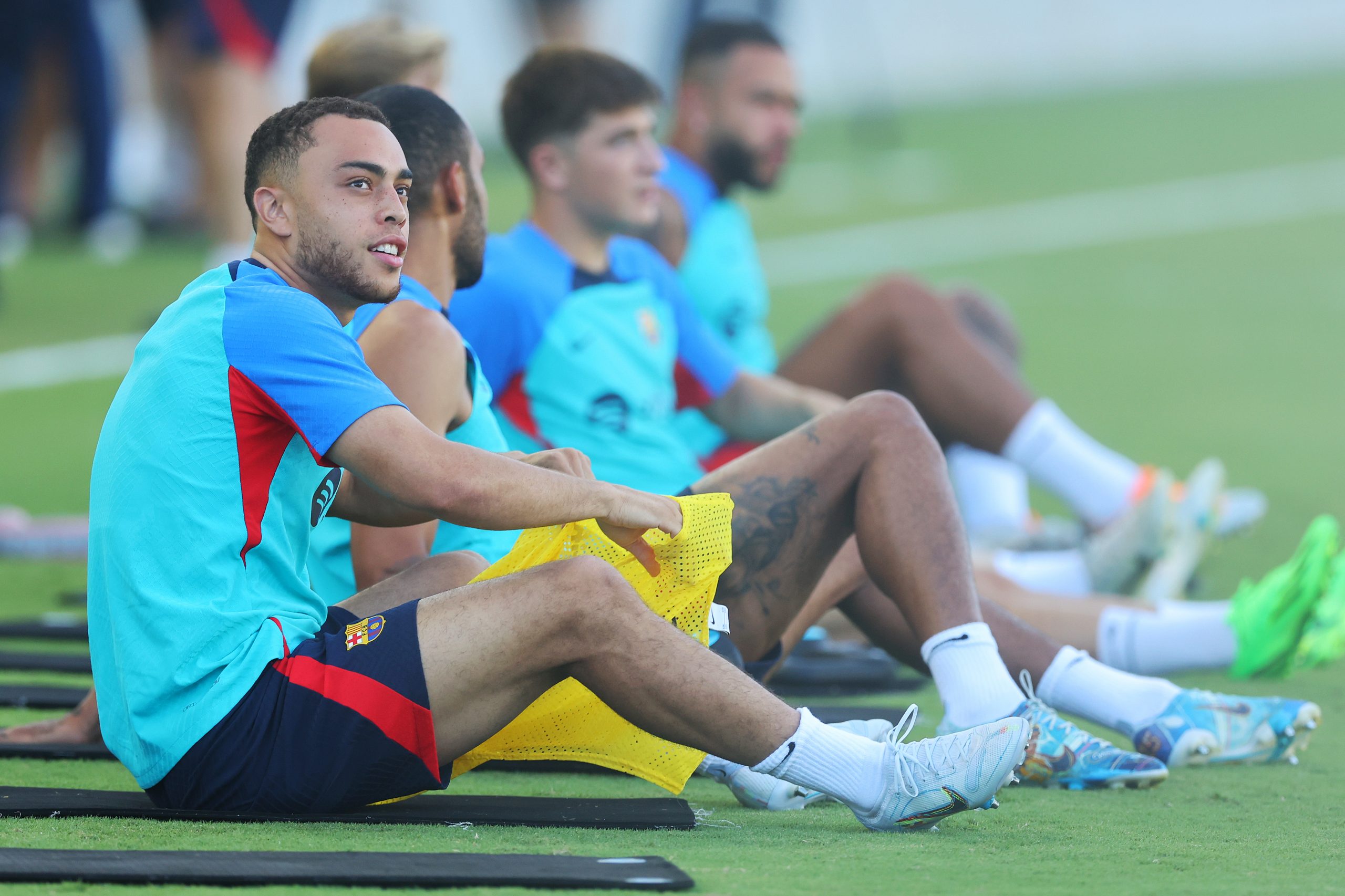 Barcelona could be set for a major defensive overhaul altogether this summer, just two weeks before the start of the new season.

The Catalans recently announced the signing of Jules Kounde which will seal the future of Oscar Mingueza. The academy graduate is already in advanced talks with Celta Vigo and a move to Galicia could soon be on the table.

However, according to ESPN, Barcelona are in contention to lose another defender in the form of Sergino Dest.

The American international is currently the only recognised option for right-back for Barcelona, following the summer exit of Dani Alves. For this reason, he was almost destined to remain at Camp Nou and serve as the first-choice option for Xavi’s men next season.

However, it appears the club have made a late decision to offload Dest. As per the report, the Catalans are open to listening to offers for the former Ajax starlet this summer, as they want him to leave the club in the ongoing summer transfer window.

The report suggests Dest himself is not too keen on leaving Barcelona, knowing he will have an excellent opportunity to become the first-choice right-back for the club next season.

Even Xavi is not willing to let the American international leave the club, though there is speculation Barcelona might go after a right-back during the remaining weeks of the summer transfer window.

Cesar Azpilicueta is the desired choice for Xavi, with recent reports suggesting that Barcelona and Chelsea are continuing the talks over the Spaniard’s potential move to Camp Nou despite the tension between the two teams in the transfer market this month.

Nevertheless, it must be stated that Kounde himself is capable of operating as a right-back, although the club would ideally want to sign a recognised option in the position, especially if they sanction the sale of Dest this summer.