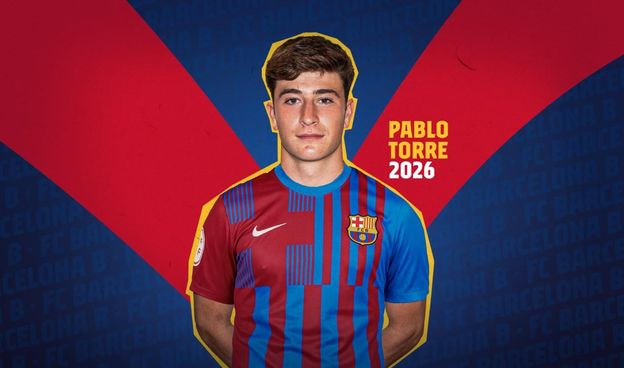 While the talk is all about Barcelona’s pursuit of Robert Lewandowski heading into the summer transfer window, the Catalan giants are set to add two exciting young prospects to their roster in the form of Emre Demir and Pablo Torre.

As reported by SPORT, Barcelona have paid €5 million in transfer fees for the exciting Spanish prodigy. But the variables included in the agreement could take up the value of the deal high up to €20 million.

Indeed, as reported by the Catalan publication, Barcelona would be paying a total of €15 million in variables to Racing Santander if certain clauses in the agreement with the lower league club are met.

As per the terms of the agreement, Barcelona will have to pay Racing a sum of €1 million for every ten matches the 19-year-old plays for the senior team (at least 45 minutes per game). The Catalans must do so for 140 matches, taking the total value of the clause to €14 million.

On top of that, Barça will also be paying €1 million to the Cantabrian outfit when he makes his debut for the Spanish national team, meaning the total variable payment will reach €15 million and the overall value of the deal could go as high as €20 million.

Pablo Torre’s signing was announced in early March, with Barcelona beating Real Madrid to his transfer. The 19-year-old attacking midfielder has penned a contract with the club until the summer of 2026.

The exciting Spaniard has enjoyed a fine season with Racing Santander, bagging ten goals and ten assists each from 33 matches across all competitions. While he is expected to initially link up with Barcelona’s B team, he could be pushed up to the senior squad in no time if he keeps up with his performances.