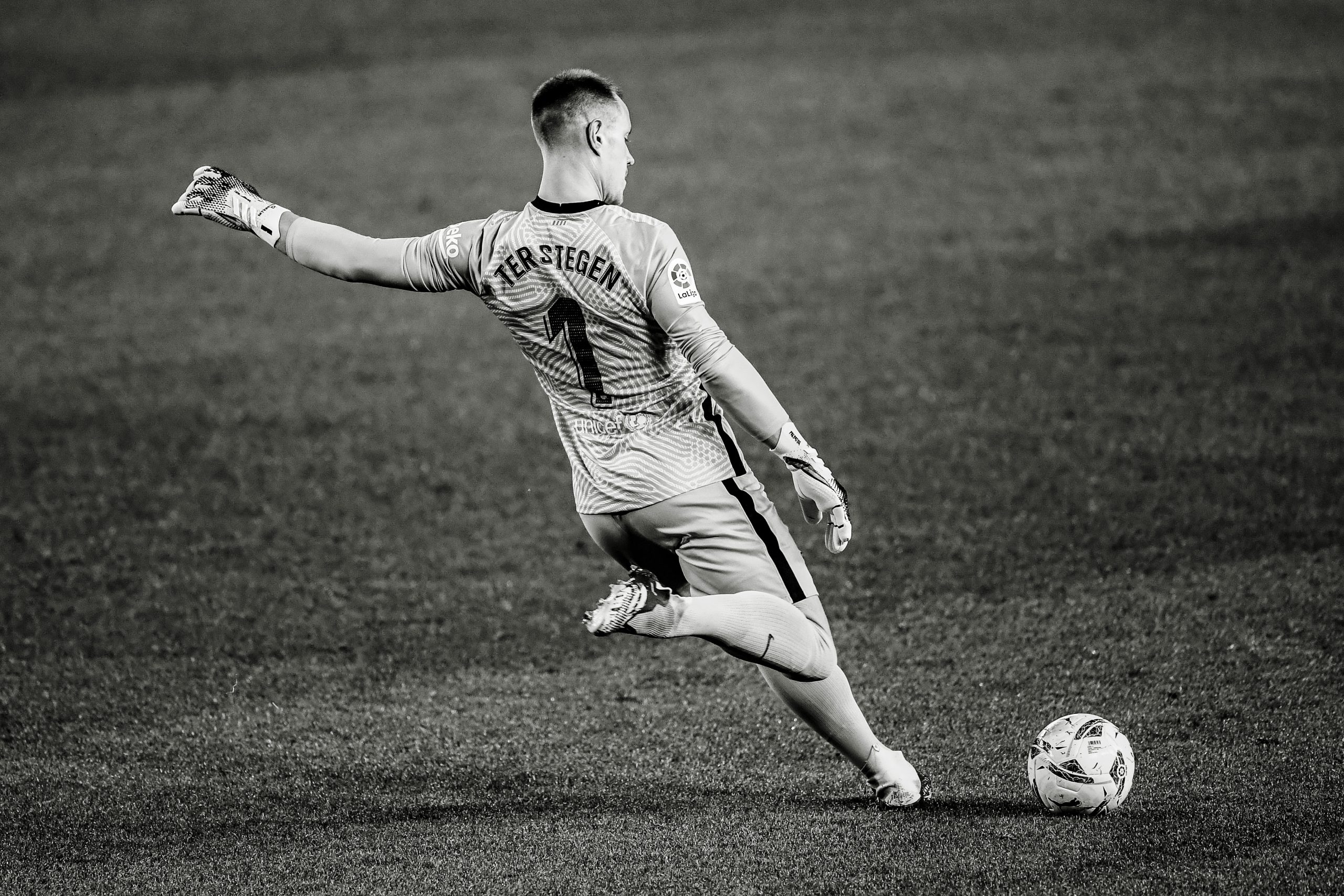 Barcelona will hope to build on their impressive win against table-toppers Real Sociedad as they host Valencia at the Camp Nou for gameweek 14. Barça Universal brings the match preview of this mouth-watering clash.

Against all odds, Barcelona came away with all three points as they hosted then-league leaders Real Sociedad at Camp Nou for a mid-week fixture, part of gameweek 19. It was truly a tale of two halves as Barcelona hit the hammer on the nail in the first 45 minutes with a goal each from Jordi Alba and Frenkie de Jong.

However, they lost the plot in the second half, showing the fans the best and worst, both, they had to offer. Somehow, a masterclass from Pedri, Ronald Araujo, and Oscar Mingueza helped Barcelona rescue all three points and move up the leaderboard to 5th – six points adrift of top-of-the-table Atletico Madrid.

Despite a motivating win, Culés are concerned about the team given their inconsistent performances this season. Impressive wins have often followed catastrophic defeats for Ronald Koeman’s Barcelona. More so than ever as they tackle Valencia in the next game – a team they have a rich history with.

After a storm of a winter window, Valencia were expected to be in a much worse state than they are in right now. The Los Ches sit 12th with 14 points and a clean slate for goal difference. However, a loss against Barça could put them dangerously close to the relegation zone.

Against all odds, Barcelona have changed their team structure, which now looks like a 4-3-3. Frenkie de Jong has been deployed in a box-to-box capacity, while Sergio Busquets anchors the midfield. Koeman has used this for two games running now, gathering all six points, and there seems to be little to no reason for him to change it now.

Junior Firpo was allowed to miss the game against Real Sociedad on the occasion of the birth of his child, and is expected to be back in the squad for tomorrow’s encounter. That said, there is little to no reason for him to start, especially after Jordi Alba’s marvellous performance in midweek. Sergino Dest does not have competition, either, given Sergi Roberto’s injury, and will continue in the right-back role.

Ronald Araujo and Oscar Mingueza’s brilliant performance should – ideally – give them a clean path for this game as well, but Koeman has a clear preference for Clement Lenglet, so it will not be surprising if the Frenchman displaces Mingueza in the heart of the defence.

Elsewhere, de Jong’s starting spot seems to be nailed on, but it will be interesting to see how Koeman uses him tomorrow. That said, Busquets was subbed off early in midweek, probably to keep him fresh for this encounter. Given his Man of the Match performance against La Real, Pedri could retain his spot in the triumvirate, while Philippe Coutinho should, ideally, start on the bench.

As for the attack, all three members of the frontline against Real Sociedad could get a go again against Valencia following their solid run of form. Konrad de la Fuente could be key as a substitute, here, as his pace can be used to give the tired Valencia legs a run for their money.

What to expect from Valencia?

Despite the major change in personnel that resulted from the fire-sale to cut costs, Valencia have not changed their structure, system, or the majority of their tactics. They are still the cut-throat counter-attacking side that turns into its best version against Barcelona. Tomorrow will be no different as they hope to bounce back to winning ways after a series of four games without one in La Liga.

Jaume Domenech will fill in at the goalkeeper position in the absence of Jasper Cillessen hoping to continue his impressive season. The Spanish shot-stopper averages the second highest saves per game with 3.5 and given how goalkeepers have been turning up against Barcelona this season, we should be ready for another prime Gianluigi Buffon-esque masterclass from Domenech.

In front of him, Mouctar Diakhaby and Gabriel Paulista will continue in the heart of the defence, while the rapid pairing of Daniel Wass and Jose Gaya provide width from the back.

Carlos Soler scored a hattrick of penalties against Real Madrid and will be hoping to be on the end of another giant-beating as he continues in the double pivot with Uros Racic. Kang-in Lee is a doubt for the game, which means Jason and Goncalo Guedes will continue on the flanks as wide midfielders, while Maximiliano Gomez and Manu Vallejo partner up as twin-strikers in their trademark 4-4-2.

Carlos Soler is enjoying an impressive individual season even though his team his struggling immensely. So far, he scored five goals and set up three more for his teammates. Albeit, all of those five have come through the penalty spot, but given Barcelona’s momentary brain-farts at the back, he will be licking his lips.

Moreover, he has the ability to pull the strings in the midfield against Barcelona, especially to release Jason and Guedes as runners on the counter-attack. Alba and Dest will have to be particularly alert as any turnover in the feet of Soler means a potential long ball.

Valencia are giant-beaters and never back down against Barcelona and Real Madrid, even if they are in a horrible position. That said, hosting Valencia has not been a huge problem for Barcelona most of the time, but this season seems to be different. Barcelona are unable to sustain their impressive run of form, and we might see this duel end in a stalemate.