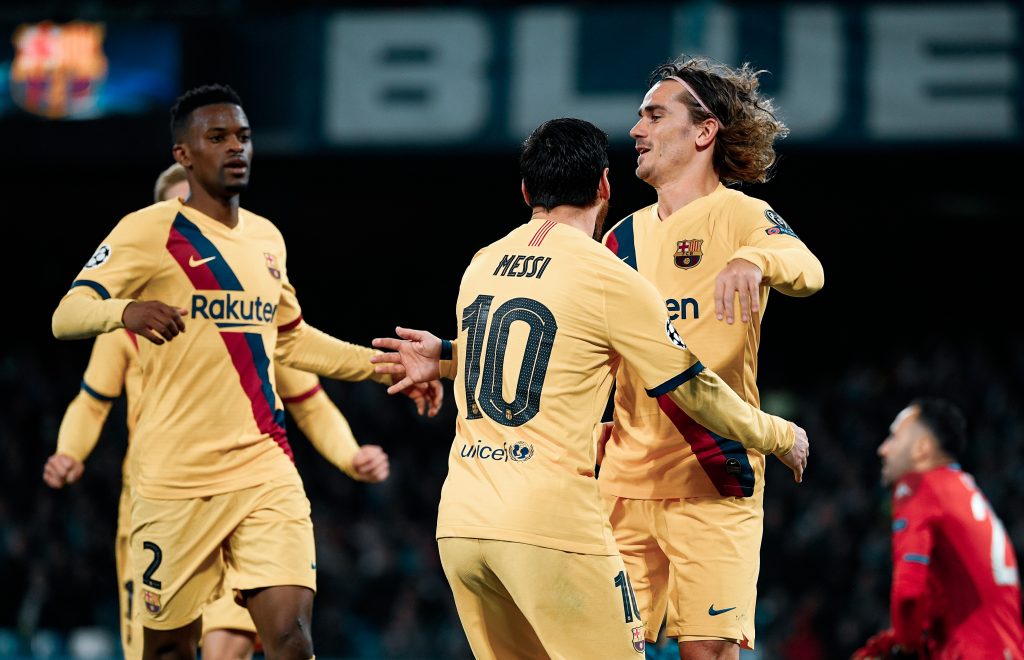 An eternity later, the Champions League is back at the Camp Nou on Saturday night. Here’s the preview of the match between Barcelona and Napoli in the second leg of the last 16 of the European contest.

The Champions League is officially back, and it comes with 16 days of absolute chaos. Four teams have already played their return leg in the Round of 16, four more are yet to do so, while others will head into the quarter-final to take part in single-leg fixtures.

Manchester City increased their lead against record champions Real Madrid, while Juventus couldn’t overturn Olympique Lyonnais’ 1–0 edge at the Allianz Stadium. After City and Lyon qualified into the next stage on Friday, more fun is expected on Saturday night. Bayern Munich will hope for another field day as they welcome Chelsea to the Allianz Arena with their 3–0 advantage. The last of these return legs features Barcelona taking on Napoli at the Camp Nou after the teams were deadlocked for a 1–1 draw at the Stadio San Paolo in Naples.

It may sound like a menial task for the blaugranas, who are undefeated at the Camp Nou in the Champions League since 2013. However, the team is probably at an all-time low in terms of morale after a disastrous end to their campaign. This includes them being dethroned as La Liga holders, selling one of their best midfielders, Arthur Melo, in what has been an incredibly controversial saga, Lionel Messi subtly lashing out at the board, and finally, an incredible undefeated run at the home ground in the league which came to an end by the hands of Osasuna in the last home game of the season. Additionally, there have been rumours floating around regarding the future of Quique Setién, which will depend on the team’s performance in the Champions League.

It would be fair to say that there is probably a no better time to visit the Camp Nou for the opposition. There are too many underlying issues in the structure of the club which seem to mirror themselves on the pitch. The fortress has already been compromised, and consequently, Barcelona look rattled.

Quique Setién has tried one too many team set-ups, which is fair since the Spanish manager joined in January and did not get enough time to come up with his best structure. This was also visible in the first leg, where Arturo Vidal was fielded as the right-winger. Barça cannot afford to make the same mistake again. The player he picks will be pivotal to Barcelona’s future in the competition and his in the club.

“We have come to the Napoli game prepared. I think the break has helped us rest and prepare for a big game”

Nevertheless, we foresee a more cautious approach from Barcelona, who conceded 11 fouls in the first leg. This is because Lionel Messi, Nélson Semedo and Antoine Griezmann are all on the risk of suspension and could miss the quarter-finals.

Even so, if their game against Deportivo Alavés on the last matchday of the season is anything to go by, we know that the club is more than capable of playing attacking football with an intent to demolish. The club has a point to prove, and we should expect nothing less than that.

What to expect from Napoli?

Napoli were clever to exploit Barcelona’s major weakness under Setién, i.e. defend with a low block. Gennaro Gattuso overcrowded the midfield with the help of his wingers who dropped deep to form a five-man layer in the centre of the park.

We should expect more of the same tomorrow, especially since they will be visiting Camp Nou where Barça are a more significant threat. They will look to sit back and wait possession out or press heavily in the midfield, which will lead to turnovers and then counter-attacks. Napoli boast of one of the quickest frontlines in world football and will not hesitate to break free every time they get a chance.

If Napoli score first at the Camp Nou again, they will put Barcelona into great trouble | Photo by Michael Steele via Getty Images

Additionally, Gattuso will hope to milk the most out of Fabián Ruiz whose ability to carry the ball out of pressure situations will come in handy against the likes of Frenkie de Jong, Riqui Puig and Antoine Griezmann. Furthermore, we can also expect their midfield to go crashing into challenges to help win back the ball, especially in the absence of Sergio Busquets and Vidal.

“Roma and Liverpool? We are not thinking about that”

Position in the Serie A

Napoli finished 7th in the Serie A, but the mood changes for the Champions League | Photo by Francesco Pecoraro via Getty Images

• Napoli are undefeated in the Champions League this season. They have won three games and drawn four

• Barcelona and Napoli have only met five times previously, out of which only one has been an official game. The record stands 3–1–1 in favour of Barça

• Gennaro Gattuso and Quique Setien have crosses paths only thrice previously. Out of the three games, two have been draws, and the current Barcelona gaffer has won one.

“Insigne did 50 percent of the training on Thursday and today [Friday] he did 100 percent, but it will be his decision along with me and the doctors”

It is hard not to be pessimistic about this fixture, especially with everything going inside the club and on the pitch. In the recent past, we have seen that Barcelona crumble under pressure, even though it is scanty. And we should not be fooled by the top-notch display by the players against Deportivo Alavés; like Messi said, “We had no pressure on us today”.

That said, thanks to the aforementioned genius, Barcelona will go into this game as favourites. A show awaits us. The writer’s prediction: a 2–1 win for the Garnet and the Blue.