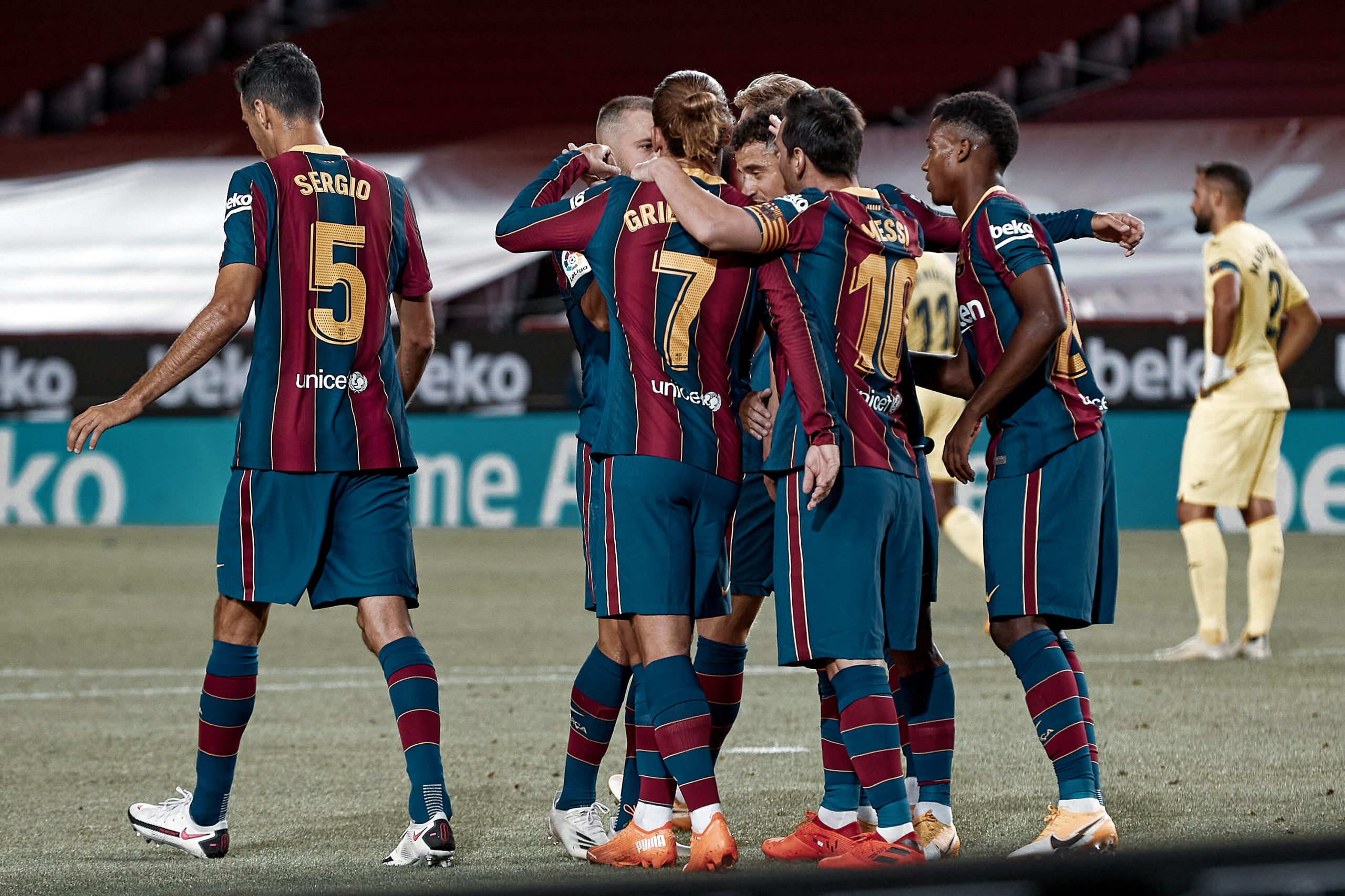 Ronald Koeman’s Barcelona have been nothing but rampant in the opening two games. Now, they face their first real obstacle in this road for the rebuild. The Catalans host the Europa League winners at the Camp Nou. Here’s the preview of the match between Barcelona and Sevilla.

The opening two games of this new season have been a breath of fresh air for the Cules. While the game vs Villarreal showed the individual brilliance and the change in the system, the later showed the enhanced team spirit and mental strength. The way the team played even after being down by one showed immense promise and a change of mentality at the club.

Ronald Koeman has done very well till now, although the teams faced by Barça have not been at their best lately. Now, he faces a complete side helmed by the impressive Julen Lopetegui. Since the appointment of the Spaniard, Sevilla have been showing great promise and results, finishing fourth and winning the Europa League last season. Despite the heartbreaking loss in the Super Cup final, they held the Bavarians for more than 100 minutes and could have easily won the cup if not for the brilliance of Manuel Neuer.

Barcelona and Sevilla are the only teams in La Liga this season with 100 per cent records, and only one will keep theirs at the end of this fixture. Not all La Liga clubs have hit their full stride yet, and a win here would put either of the two sides at a significant advantage at the top.

Two games, two wins, seven goals scored and zero conceded. Ronald Koeman has not only got the results so far but has done so in some style. The Dutchman has provided the right context for the players to thrive, and the players have repaid glamourously. Despite having only ten men on the pitch vs Celta, Barça still dominated the home side, getting better chances and finishing the game with a clean-sheet.

“We have only been together for five weeks, the team and the staff, and we are working well. It was noticeable against Celta, where we won suffering with one player less.”

With the red card, Clément Lenglet is out of this game, and Ronald Araújo will fill in for him. In the 45 plus minutes, the Uruguayan was reliable enough for the gaffer to trust him for a high profile game like this. The rest of the starting eleven picks itself aside from a case of fatigue from the last game. The much-awaited debut of the new right-back, Sergiño Dest could happen in the second half.

Fans cannot conclude much from a game where the team played with ten men for the majority of the time. But, for the optimists, the team defended as a unit, with the pressing effective in both phases. The same must continue against a much superior attack posing an imperial threat from the wings. With only three days between the two games, maintaining the same intensity for 90 minutes might be difficult. But, with five substitutes and an improved bench quality, Barça might just get through.

Julen Lopetegui’s change of fortunes is such a heart-warmer for any neutral fan. From getting sacked from both the Spanish National team and Real Madrid within a matter of months to winning the Europa League with Sevilla, he has redeemed himself. Julen Lopetegui’s tactical nous alongside the return of Monchi as the Sporting Director has once again put Los Palanganas back in trophy-winning ways.

“Sevilla are strong and it will be a difficult game, but we play at home, we have two victories and we trust ourselves.”

Monchi has replaced Ever Banega with another veteran and Sevilla legend in Rakitic. Marcos Acuña replaces the impressive Reguilon after the loan period ended. With the addition of Óscar Rodríguez, the team looks set for the season. Apart from finishing some chances, the side does almost everything right. The threat from the wings is constant, and with a forward like Luuk de Jong, the opposition centre-backs can never slack for a cross.

Fernando might be the pivotal piece in the Spaniard’s system, organising the play and shielding the backline. With Joan Jordán and Ivan Rakitic completing the midfield three, the creative burden lies on Suso and Joan Jordán to some extent. Rakitic late arrivals into the box might be a useful ploy against attacking sides. Jules Koundé must be at his absolute best to deal with Barça’s front four, and there’s every chance that he will be up to the task.

• Sevilla are undefeated in their last 17 matches (LaLiga).

• Barcelona have won their last 6 home matches against Sevilla in all competitions.

• Sevilla have kept a clean sheet in 6 of their last 8 matches (LaLiga).

• Ivan Rakitic returns to the Camp Nou to face his previous side.

For both the teams, the game will be a litmus test on how much they are prepared for the season. Sevilla’s Camp Nou visits have not been pretty for them, and with the Catalan side in form, Julen must set his side up to express their A-game to get a result out of this. Ronald Koeman will look forward to passing his first big challenge of the season and getting ready for the imminent El Classico. The writer’s prediction for the game: 3-1 win for the Catalans.