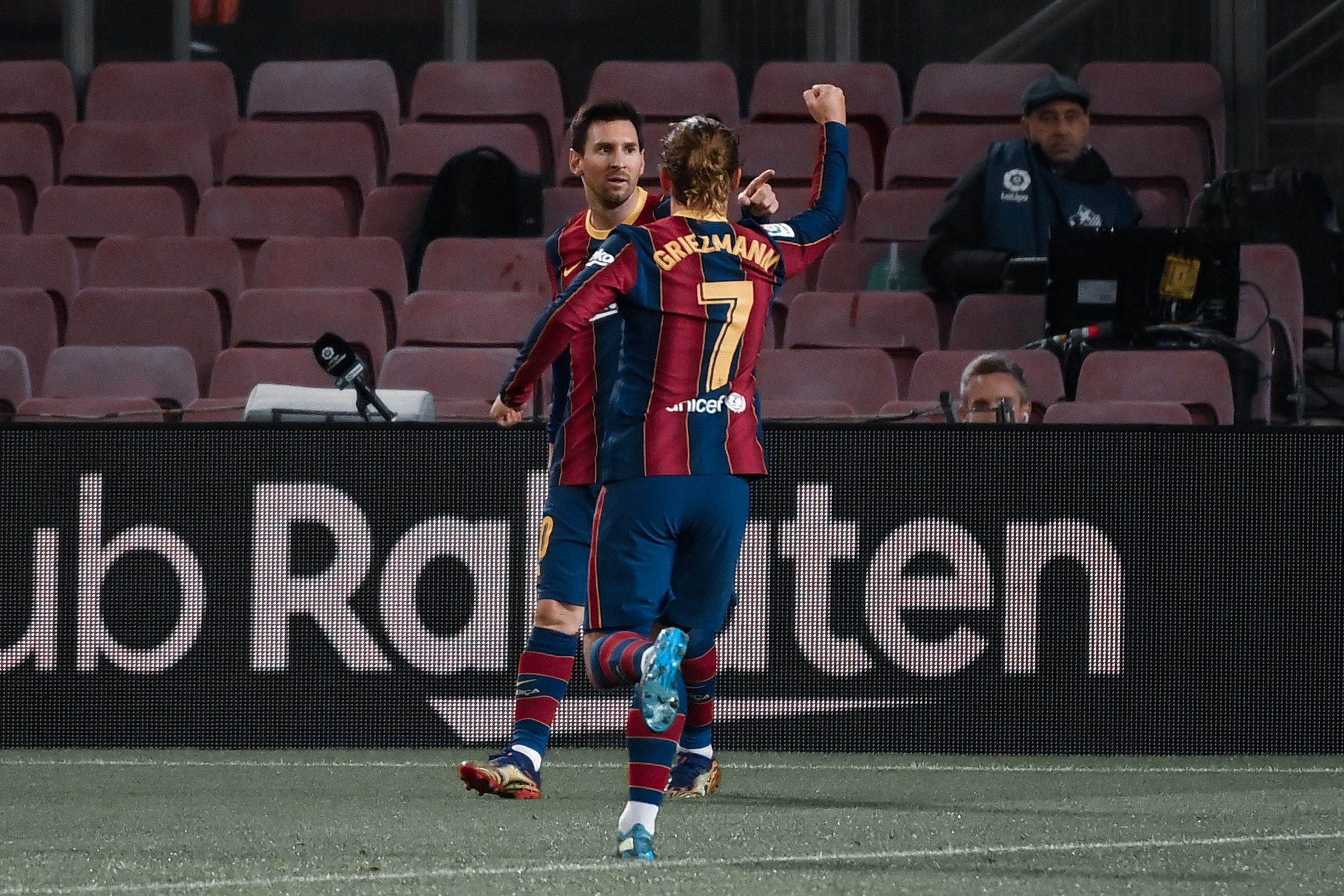 A fixture which would usually have the Catalans as favourites now favours La Liga leaders Real Sociedad as Barcelona will look to build upon their victory against Levante at the Camp Nou. Barça Universal brings you the preview for this mouth-watering clash.

Ronald Koeman’s Barcelona has had a rough start to the season, to say the least. With only 17 points out of a possible 33, the discontent surrounding the Blaugrana is understandable. On the other hand, Imanual Alguacil’s Real Sociedad has overperformed all expectations. 26 points in 13 matches means they are at the top of the table as they have played two matches more than their opponents tomorrow.

Real Sociedad have been an entertaining watch this season. However, the last 6 matches in all competitions have led to six draws. As much as La Liga fanatics would want La Real’s wonderous run to continue, there have been injuries to two of the most important players, Mikel Oyarzabal and David Silva, which have contributed to a dip in the form.

Though this has given more chances to players such as Ander Barrenetxea, the team has lacked the incisiveness and efficiency they displayed earlier. On the other hand, Barcelona are showing positive signs.

Things as small as the change of Frenkie De Jong‘s position in the last match, and the new formation employed by Koeman have resulted in a good performance against Levante, The scoreline suggests a narrow victory, but the xG of 2.62 paints a better picture. This has not yet done enough in helping forget the loss to Juventus in the Champions League though.

This is a matchup of two teams that look to play attacking football and keep possession. Real Sociedad have been a strong force this season, whereas Barcelona have been a shadow of their past selves. Despite this, Barcelona should have a good chance of getting a point or three from this encounter as Sociedad remain win-less in their past six games.

Under Ronald Koeman, Barcelona have lined up in a 4-2-3-1 most often. Against Levante, a 4-3-3 was used, which was essentially a 4-1-4-1 at times. It won’t be a surprise to see the Dutchman revert to a 4-2-3-1 as the pivots would provide better cover defensively on paper. However, this sacrifices the sustained attacking play the interior midfielders provide.

Some aspects of Barcelona’s tactics have been consistent throughout this season. Building up from the back is a non-negotiable, with the full-backs stretching the pitch.

In a double pivot, one pivot would be more mobile and the other more of an anchor. Multiple players with a free role upfront is also a common characteristic for this Blaugrana side. This has caused problems to surface due to lack of directness down the wings. With Ousmane Dembele and Ansu Fati injured, the same problem could resurface.

Against Sociedad, we can expect Barcelona to keep a high defensive line as always. Intense pressing in midfield will be necessary, as the more time you allow Sociedad on the ball, the threatening they are. In attack, quick combinational play will be key but only with the right runs. Hence, Antoine Griezmann will most likely play a crucial role for Barcelona.

What to expect from Real Sociedad?

Looking purely at formations, Aguacil’s side has played in a 4-2-3-1, a 4-3-3 and a 4-1-4-1. However, these are slight tweaks that essentially lead to the same player roles and positioning to an extent. For example, in all the formations, the pivot drops back into midfield to build-up from the back, the full-backs stretch the pitch and move high up. Following this, progression through the middle is preferred. At times, the striker will be alone upfront as the winger drop back to create overloads.

The truly venomous quality that this Sociedad side possess is their unpredictability and versatility. Ander Guevara, who can comfortably defend on the counter as well as progress the ball when building-up and Mikel Merino with his ability to contribute from the middle of the park as well as down the left-wing are just two of many examples.

The most dangerous of these threats, however, is Mikel Oyarzabal. A graduate of Sociedad’s academy, Oyarzabal is the second coming of what Xabi Prieto meant to the city. A product of their youth academy and a born leader, he is incredibly influential on the pitch with and without the ball. However, Oyarzabal, along with David Silva, will miss the match as neither of them has been given medical clearance.

With these two key players out, Sociedad will rely on Adnan Januzaj more than usual. Ander Barrenetxea is another player to keep an eye on.

One of the best midfielders in the league this season, Mikel Merino is at the heart of everything that Sociedad do. With a goal and two assists in La Liga so far this season, he contributes to the attack as well. Primarily though, Merino is most adept at contributing to the build-up and maintaining possession.

Alongside Guevara, the two pivots have been excellent in midfield for La Real. Merino’s late runs into the box are something that could be a huge nuisance to the Catalans, especially as they have not been impressive in terms of their marking and communication in the box. The young Spaniard doesn’t shy away from contributing to the press either. With 35, he has committed the most fouls this season in La Liga.

Real Sociedad have been a powerful team this season. On the other hand, Barcelona have struggled a lot. Despite this, Sociedad’s key absences combined with the recent dip in form should mean Barcelona have a good chance of getting three points from this fixture.