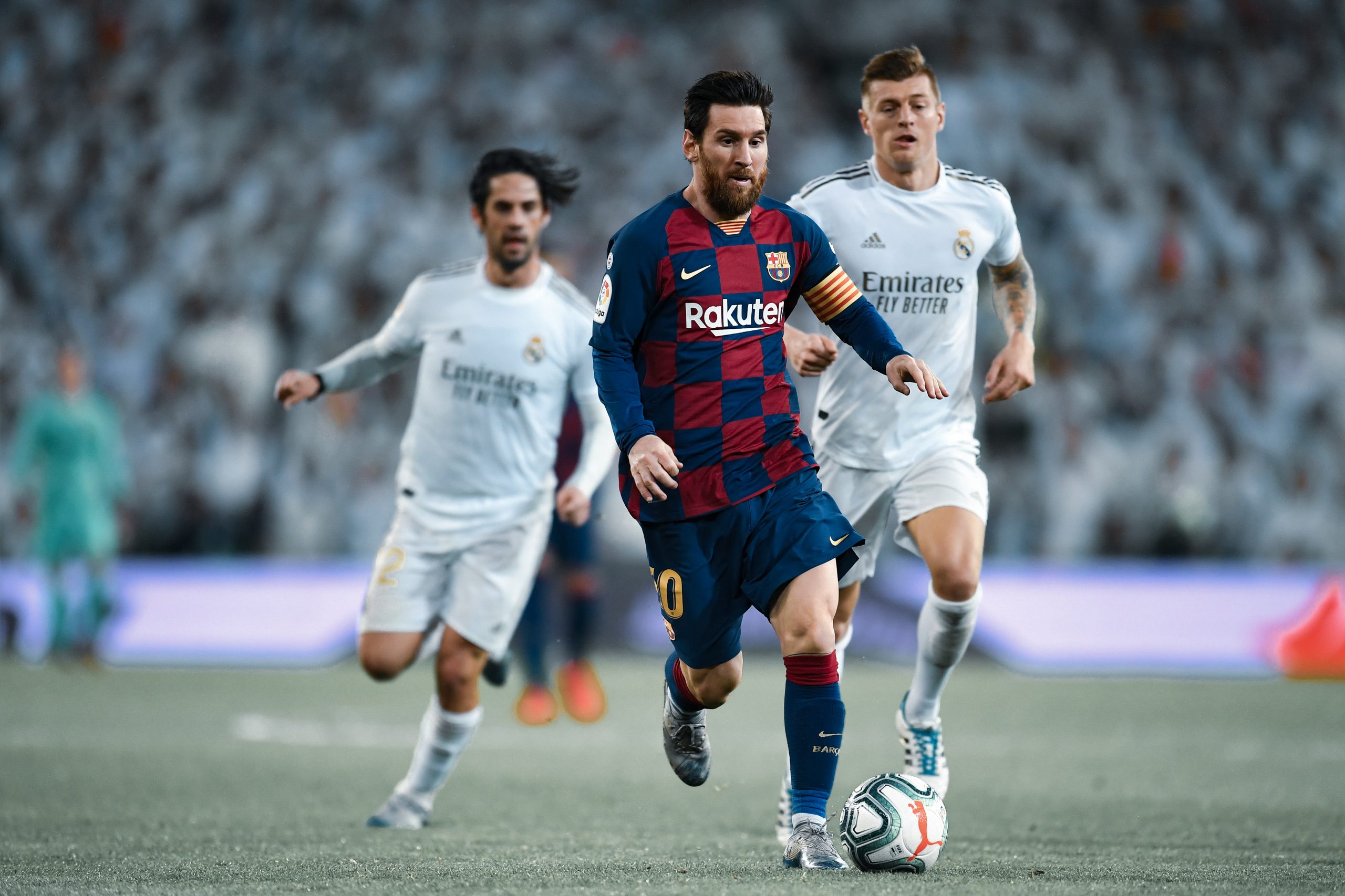 The first El Clasico of the season is already here, albeit a little earlier than usual, with both teams coming to the weekend on the back of the Champions League opening matchday. Here is the preview for the game between Barcelona and Real Madrid.

La Liga has been a rollercoaster this season so far. Aside from Atletico Madrid, none of the remaining teams is unbeaten in the league, already losing within the first few matchdays. While Barcelona started their season strong, the last two games saw a significant dip in performance and thereby points. However, the Catalans have played two games less, and catching up to the top is very likely. But, first El Clásico.

Barcelona welcome Real Madrid at the Camp Nou for the first matchup between the two this season. Both the teams come into this game on the back of a defeat in La Liga. While the Catalans struggled away from home at Getafe, Los Merengues lost at home to newly-promoted Cadiz. The midweek fixture was fruitful for hosts as they breezed past Ferencváros, but Madrid fell short to Shakhtar Donetsk in a 3-2 loss.

The incredible characteristic of the fixtures between the big dogs in Spain is, fans can never predict how the game might go. The teams come into the match with a winning mentality irrespective of their form.

“Clásico games are games that are decided by small details, it will be strange to play without an audience.”

Incredibly, both the teams are not at their very best recently, struggling with the transition phase, trying hard to replace their veterans with youth and promise. A win here at the biggest matchup of the league will go a long way for deciding who will be crowned La Liga champions

Ronald Koeman’s men came back to winning ways in the mid-week game against Ferencváros. Aside from a few shaky decisions in defence and an unnecessary red card from Gerard Piqué, Barça were quite comfortable. The use of two proper wingers on each side significantly benefited the attack without the players straying too much centrally. With a more dynamic double pivot, the Catalans had attacking players in all five zones.

The dilemma still exists on the team selection as it is unsure whether Koeman will go for experience or youth. It would be understandable if the Dutchman prefers the former for a game of this stature. While Fransico Trincao and Ousmane Dembele brought the right to light, Antoine Griezmann could likely start there again citing his defensive abilities and expertise.

While the selection of the attack brings headaches due to quality, there are plenty of issues at the back. The lack of pace at centre back is concerning as Ferencváros almost punished the Blaugranas in the opening ten minutes. Jordi Alba received medical greenlight and might start the game, partnering Sergi Roberto who could start at right-back over Sergiño Dest. Sergio Busquets will start alongside Frenkie de Jong in the middle considering the magnitude of the game.

Barcelona have an incredible pool of talent in the attacking areas and should make proper use of them tomorrow. The Madrid defence showed its vulnerability without Sergio Ramos, and if he is still absent, Barcelona should take advantage of it and be clinical as they can get. As Barça push four attackers and both the full-backs high up the pitch, they should make sure to press effectively to win back possession. Else with rapid players like Vinicius, Madrid could have a field day in creating 1v1s with the centre-halves.

The La Liga Champions have not enjoyed the best of starts for the title defence. Their last two games have resulted in two defeats against teams they should have won with ease, injuries or otherwise. Their defensive solidity earmarked their previous campaign but this season due to injuries they have struggled in that aspect as well. Dani Carvajal is out for a few months, and the replacements have not been sufficient.

Sergio Ramos has started training with the group and knowing their situation he’s likely to come back straight into the eleven. The players who came on as a sub in the midweek might get the start here at the Camp Nou: Karim Benzema through the centre with Vinicius Jr. running at the Barça defence could work well against the Barça defence. Zinedine Zidane might go for a midfield four to have more defensive solidity and control in the midfield. With Thibaut Courtois between the posts, the Frenchman has a cheat code up his sleeve.

“Between both teams there’s always a lot of pressure, that Madrid have lost two games doesn’t mean that they are not a great team.”

Toni Kroos is undoubtedly the most crucial cog in the midfield, who combined last time with Vinicius to get the winner against Barça. Real Madrid have a deficient goal threat up front when compared to the hosts. Attacking on the counter and transitions are the most likely way to hurt Barcelona. Pressing high up the pitch with the energy of Federico Valverde and Vinicius will have a significant impact on the game.

Both Karim Benzema and Vinicius Junior are prone to miss goal opportunities, even if the latter has improved lately. In a game of this magnitude, being clinical has to be the number one priority as the game could go south within seconds.

• Barcelona are undefeated in 32 of their last 33 home matches (LaLiga).

• Real Madrid are undefeated in their last 8 away matches (LaLiga).

•  Ronald Koeman’s men have scored 10 goals across three matches at Camp Nou in all competitions.

“Sergio Ramos is our captain. We are not going to risk him. Sergio is recovered and he will be with us. He is one hundred percent and he will play the Clásico.”

Predicting El Clásico is tricky; both the teams give their all irrespective of their forms. And the result of the game will have some consequence on their campaign. On paper, Barcelona look considerably strong and have more options in attack. Madrid, on the other hand, have a better defence with Sergio Ramos back in the XI. It’s about which team that turns up on the day that matters.

Barça Universal Prediction: 2-1 for the Catalans.