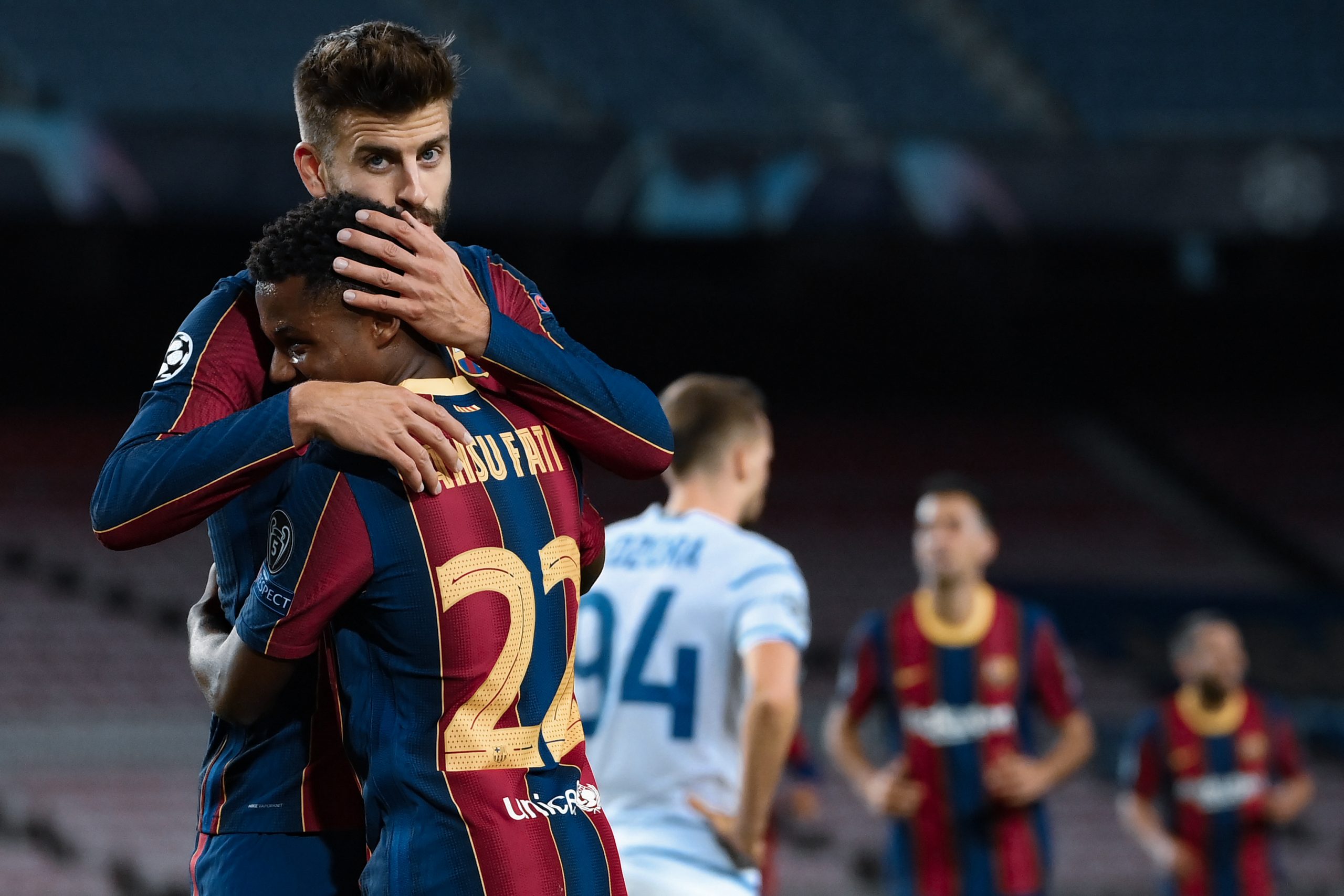 Barcelona host Real Betis at the Nou Camp in La Liga. Neither side has been at their best in the league this season. The game should provide a lot of entertainment as there is a lot of quality in both squads.

Barcelona have faced a busy schedule over the last month with UEFA Champions League games being played midweek and La Liga at the weekends. Against Dynamo Kyiv on Wednesday night, the Spanish giants showed they have a lot of quality, but also looked like a team that was tired.

However, manager Ronald Koeman will have to find the balance between rotations and playing his strongest side as this is a must-win game for Barça. In the last four matches in La Liga, the Catalan side have only managed to win two points out of a possible twelve. Anything but three points on Saturday will ring alarm bells in Catalonia going into the international break.

Real Betis come into this fixture not on the best run of form either. They sit above Barcelona in the league table in 7th but have played two games more times than the Blaugrana. From their eight games in the league, the Andalusian side have won four and lost four matches.

They do possess some talented players, especially in midfield and attack, but it is their leaky defence that the hosts should target. The away side have conceded 12 goals this season — the joint fifth-worst defence in the league.

The two teams share several players that have played for both clubs. Martin Montoya, Marc Bartra, Claudio Bravo, Juan Miranda, Cristian Tello and Junior Firpo have all played for both teams at some stage. The game was also given extra incentive as Real Betis player Joaquin blasted Koeman in the media from their time at Valencia together.

Ronald Koeman was clearly frustrated by his team’s performance midweek. He was unhappy with the movement and their poor finishing. It has been reported that he has stressed to his players that this is the first final of the season to try and inspire them to raise their standards. The club needs a win going into the international break to get their league campaign back on track.

It will be interesting to see if Koeman will shuffle the starting 11 around as some players struggle with form. The manager has clearly tried to implement a regular starting line-up but is yet to find the right balance. While the team has generally improved their performances from previous seasons, they still miss that spark.

Lionel Messi will be essential for the Catalan side, as always, and will be looking to score from open play for the first time this season.

We can expect to see these two men together tomorrow; one in the midfield and one at right-back. (Photo by Eric Alonso/Getty Images)

Not being able to take chances has been the biggest issue for the players so far. The build-up has been considerably more intricate, especially creating goal-scoring opportunities, but the lack of a natural number 9 is definitely hurting the team. The manager has stressed how important it is to take these chances, so hopefully, the squad responds and a more clinical Barça is on show.

Real Betis have been an inconsistent team in recent seasons. At times, they have played wonderful football but not managed to get the results they should. This season has been similar with four wins, and four loses. The away side have undeniable quality, but they sometimes lack that clinical edge to go with their entertaining football.

Last season, Los Verdiblancos had a poor league campaign, finishing 15th. Now, under new veteran manager Manuel Pellegrini, they will be looking to finish much higher up. Though they have somewhat struggled in La Liga, especially against teams in the top half of the table, they are still a threat.

Former Barcelona player, Cristian Tello, will be looking to cause his boyhood club problems as he arrives back at the Camp Now. The winger is having an impressive season as he is currently the joint second-highest scorer in La Liga. The midfield for Real Betis is also solid, notably Guido Rodriguez, Sergio Canales and William Carvalho. These three can cause the home side problems when they get the ball in space.

Tello will be keen to prove Barcelona wrong. (Photo by Fran Santiago/Getty Images)

Both teams will be desperate for a win on Saturday. The favourites are Barcelona, as history suggests. The Catalan side will likely be eager to impress after a lacklustre performance midweek. However, the freshness of the Real Betis side, who have only had to focus on La Liga, could be a factor. The game will not be straightforward for the hosts as their opponents do have a strong squad on paper.