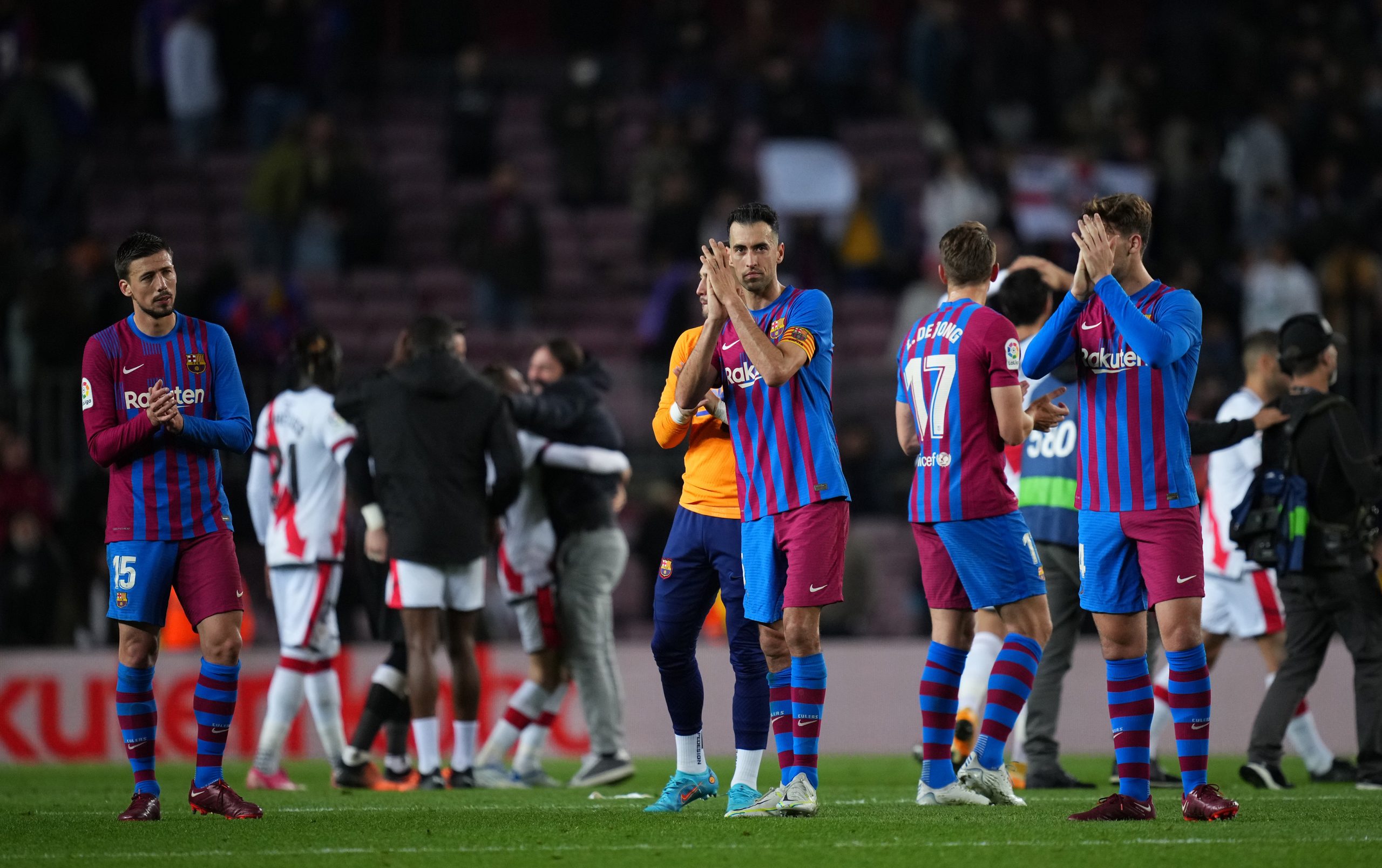 A run of three successive home losses is unheard of in Catalonia. The Camp Nou has been a fortress for Barcelona for decades now, and it is difficult to believe that the team have struggled to pick up three points repeatedly in their own backyard.

The Catalans do not have much to play for by way of the title race, as Real Madrid won 4-0 against Espanyol to make their La Liga triumph official. However, Barcelona will be keen on their place in a tightly-contested top four.

On Sunday, Mallorca have the chance to extend the hosts’ miserable streak to four straight losses. The Palma based side have picked up six of their last nine possible points, and seem to have finally picked up momentum after a disastrous couple of months.

A top-two finish seemed to be a given one month ago. However, circumstances have changed and that is no longer the case. Sevilla now breathe down the Catalans’ neck, and a loss on Sunday could see Barcelona lose out on the top-2 spot they desperately craved.

The latest addition to the club’s extensive injury list is Nico Gonzalez who fractured his toe in training. With the youngster unavailable, Xavi might have to tweak his setup on the night.

Marc Andre ter Stegen will start in between the sticks on the night. Despite conceding one goal, the shot-stopper had a quiet game against Rayo Vallecano and will be looking to come back strong with a clutch performance.

The Catalans will once again have the duo of Gerard Pique and Ronald Araujo guarding the German’s goal. The team have conceded eight goals in their last five games, and the return of their strongest defensive pairing will go a long way in ensuring a clean sheet.

Sergino Dest’s injury implies that Dani Alves will be the player to start at right-back. The left-back position will be covered by Jordi Alba.

Sergio Busquets’ place in the starting lineup is fixed against Mallorca. The veteran has been instrumental in Barcelona’s season so far and will have to step up on the night if the team are to break the home jinx.

The Spaniard will be accompanied by Gavi and Frenkie de Jong, who will both have a big part to play. The absence of quality substitutions will add to the pressure on their shoulders and it remains to be seen how the duo perform.

One could expect rotations in the final third. Memphis Depay was the only Blaugrana player who threatened on goal other than that Ousmane Dembele in the last game and could be rewarded with a start as the CF tomorrow.

Ferran Torres will play on the left wing, while Dembele will try to weave his magic down the right. Talks over the Frenchman’s renewal have reportedly begun and a big performance will go a long way in fetching the payslip he wishes to see.

What to expect from Mallorca?

Javier Aguirre has preferred to deploy a 4-4-2 system this season, and is expected to continue the same trend at Camp Nou.

Sergio Rico averages close to two goals conceded per game, and will look to turn around his fortunes with a strong display against Barcelona’s blunt attack.

Antonio Raillo and Martin Valjent are expected to play as the centre-backs on the night. The former scored an own goal in Mallorca’s last game and will look to make amends.

Pablo Maffeo recorded an assist against Deportivo Alaves and will retain his spot at right-back. At left-back, one can expect Brian Olivan to get the start.

Mallorca’s double pivot consists of the highly experienced Salva Sevilla alongside Idrissu Baba. The duo will be put to a tough test against Barcelona’s technical and agile midfield.

Dani Rodriguez and Antonio Sanchez will play as the left and right midfielders on the night. Needless to say, their duty will be to stretch the Catalans’ midfield and push on the counter.

The lineup is rounded off by the front two of Takefusa Kubo and Abdon Prats. While the former is known for his close dribbling and pace, the latter found the back of the net even in Mallorca’s last game.

If Dani Alves is revered for playing brilliant football at the age of 38, Salva Sevilla is no less. The veteran midfielder is of the same age as the Brazilian but has been one of Mallorca’s best players this season.

Despite starting in the middle of the park, the 38-year-old is the team’s joint-highest goalscorer with four goals in La Liga. He has also provided two assists and averages a key pass in every game.

Though Sevilla has started only 13 of the 23 league games he has participated in, one would expect the manager to count on his experience for a game against Barcelona.

Barcelona will fight tooth and nail to ensure that they do not lose a fourth successive game in front of their fans. Aguirre’s side will not make the game easy, especially given that they are just two points clear of the relegation zone.

However, a possible Ansu Fati return could spoil Mallorca’s party. Expect a tight game with a narrow lead for the Blaugranas.