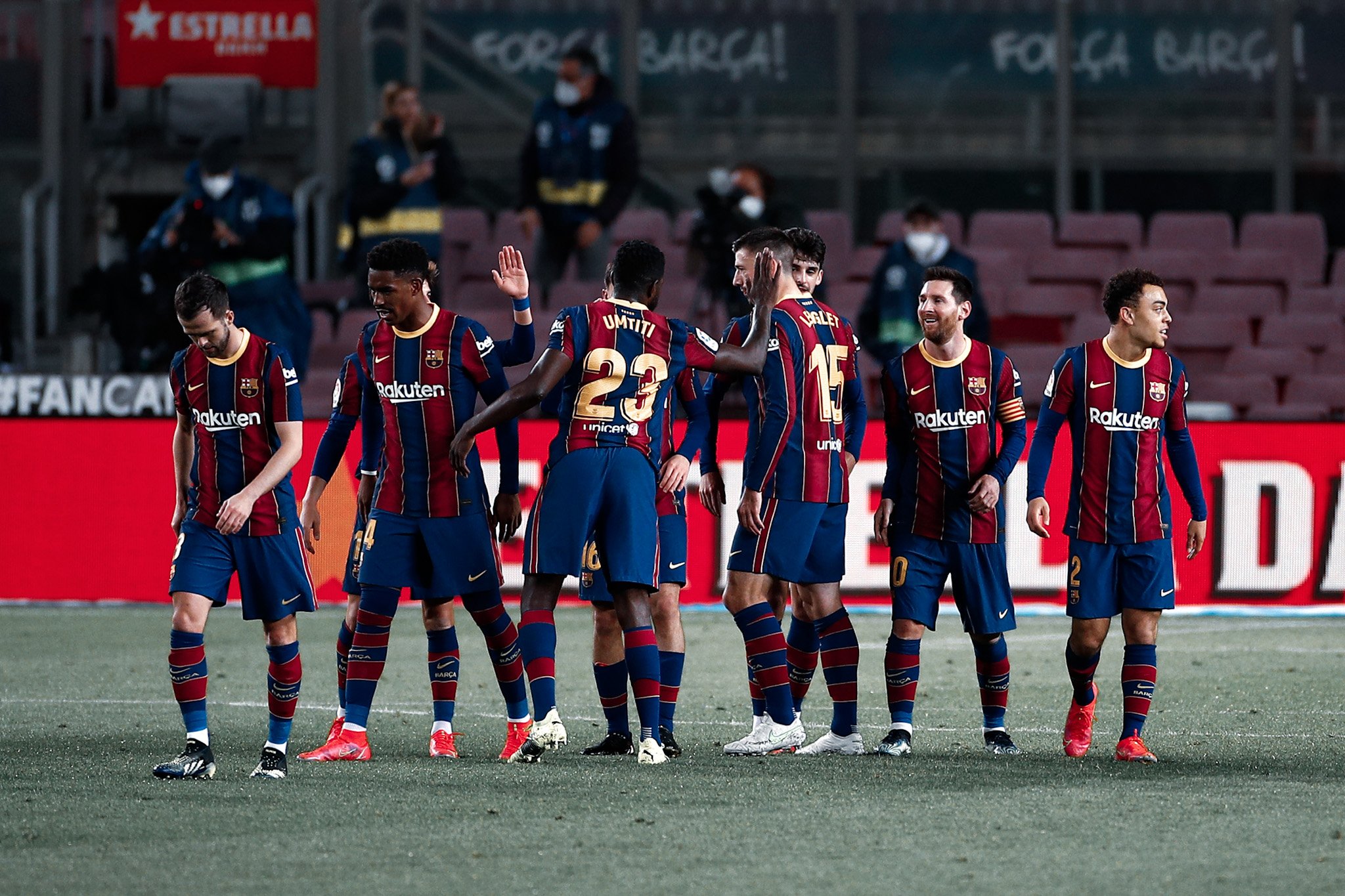 Following a huge 5-1 victory over Deportivo Alavés, Barcelona will welcome Paris Saint-Germain to the Camp Nou for the first leg of the Champions League’s Round of 16.

The last time Barcelona and Paris Saint-Germain locked horns, the Catalans treated their guests to a historic Remuntada in the heart of Catalonia. The 6-1 will forever echo in both teams’ history but now it’s time to add some new pages to their rivalry. This Tuesday, both teams will have a lot to prove; to their fans, each other and themselves as well.

Barcelona surely arrive into the tie in good spirits, having promptly dispatched Deportivo Alavés, sending them back home with five goals in tow. Needless to say, that was a much-needed morale boost for Ronald Koeman’s troops and could play a key role in their advances come Tuesday night.

Still, despite good results as of late, we shouldn’t forget this Barcelona is still far from their very best. Koeman may finally be getting the team to dance to his tune but more work is to be done to get them there. But the positives are very clear for everyone to see.

Paris Saint-Germain are a team of a much higher calibre than Alavés, that much we can say with confidence. The Parisiens are a dominant force back in France and have also managed to reach the Champions League final last year so the Catalans have to be wary.

However, if you want to be the best, you have to beat the best first. It just so happens that PSG are the first in line for Barcelona. Hopefully, the first of more to come in the competition this year.

Despite their recent defeat at the hands of Sevilla in the Copa del Rey, Barcelona are a team on the rise. Several victories in La Liga can confirm as much and the squad seems to be much happier in general. Of course, let’s not forget that injuries and absences have also played their part and will continue to do so for quite some time too.

But even with that being said, it feels like Koeman has done everything in his power to arrive to the Tuesday clash in the best possible circumstances. The team must be feeling great after that huge victory on the weekend and the gaffer was able to rest some of his key players too.

Back in La Liga, Barcelona are still on a seven-game winning streak but still trailing behind both teams from Madrid in the table. When it comes to Europe, however, they’ve finished second behind Juventus in the group stages, scoring 16 goals across six matches in the competition.

It should also be noted that due to many games going into extra-time as of late, the Catalans have played a lot of football recently. But even with that being said, we can surely expect Koeman to field his gala XI on Tuesday night.

Barring some unexpected incidents, Marc André ter Stegen will be deployed between the sticks as the team’s no.1 goalie. The defensive line, however, is still under a huge question mark. We’re likely to see Jordi Alba on the left as the full-back has been rested and is fit for this occasion. The other three pieces are still unknown though.

Both Gerard Piqué and Ronald Araújo are fighting to return to the lineup but it’s unlikely both – or even either – are risked for the clash. Clément Lenglet is the next natural pick and we can expect to see him start the game. His partner, however, is yet to be decided. It may very well be one of the two aforementioned defenders or even someone like Frenkie de Jong, who’s been known to deputise at centre-back before.

The right-back spot could once again belong to Sergiño Dest, who’s back from injury, but considering the American is yet to fully regain his match sharpness, there is a slight possibility Koeman opts for Óscar Mingueza instead. But given the importance of the clash, the former should still edge out his counterpart.

When it comes to the middle and the forward lines, there’s far less to discuss. De Jong, Sergio Busquets and Pedri are Koeman’s preferred trident and it’s easy to see why. All three have the ability to make a difference and establish dominance against the opposition. It’s unlikely the coach starts experimenting there now so seeing these three on the pitch should come as no surprise.

Up front, Lionel Messi and Antoine Griezmann are sure to make an appearance as well. The final piece of the jigsaw will probably be Ousmane Dembélé, as both the impressive skill set and recent form warrant his inclusion. The Frenchman adds something different to this Barcelona attack and his speed and X-factor could be crucial against Paris Saint-Germain’s defensive line.

What to expect from PSG?

Similarly to their hosts, Paris Saint-Germain still have a lot of questions to answer before the game. Mauricio Pochettino is still fresh at the helm at Parc des Princes and as such, is still working hard to apply his philosophy in the French capital. But that doesn’t mean PSG don’t have an identity.

They are a highly offensive team that can carve their opposition apart with pace and lethality, something Barcelona have been struggling to prevent this season. However, it should be noted that Pochettino cannot count on Neymar Jr. or Ángel Di María, both of whom are unavailable for the first leg of the tie.

We can still expect the guests to shape up in their trademark 4-2-3-1 formation but without the aforementioned names. With Neymar and Di María both out of contention, Pochettino could turn to Moise Kean and Mauro Icardi to plug the holes.

As a result, Kylian Mbappé may very well drift out wide to the left to replace Neymar and Icardi would in that case slot down the middle channels. We still don’t know who could take up the attacking midfielder role but PSG do have options for the position in the form of Julian Draxler or even Marco Verratti, who usually enjoys a somewhat deeper role.

Speaking of the Italian maestro, despite an injury concern, the midfielder has made the official squad to face Barcelona so we should see him at least get some minutes at the Camp Nou come Tuesday night. As for the rest of the team, Leandro Paredes and Idrissa Gueye are very much expected to complete the double-pivot in front of the defensive line and Keylor Navas should feature in goal.

The backline seems to be PSG’s weakest point. It will be interesting to see how the likes of Layvin Kurzawa, Presnel Kimpembe, Marquinhos and Alessandro Florenzi weather the storm that is Barcelona’s frontline led by Leo Messi.

Since both Neymar and Di María are out of the game, it will be up to Mbappé to lead his team to glory. He may be the most obvious pick here but that’s for good reason too. The young French forward has already scored 18 goals and assisted further nine across all competitions in 2020/21, with two and three coming in the Champions League respectively.

With 0.92 xG per 90, he is the player with the second-highest expected goals in the team and by far the most dangerous when we factor in total values, with 16 goals from 15.55 xG in Ligue 1. His pace and lethality could cause a lot of issues for Barcelona’s defenders, especially since we still don’t know who Koeman goes for come Tuesday night.

But keeping Mbappé quiet – or even just outgunning him – would go a long way to stopping PSG altogether.

Barcelona are yet to lose a game against Paris Saint-Germain at the Camp Nou. That, combined with the fact that they are on a great run of form and their guests are missing some key pieces, could play a key role in the clash. Of course, we shouldn’t underestimate the Parisiens but given they’re still early in Pochettino’s tenure, Barcelona have a real shot here.