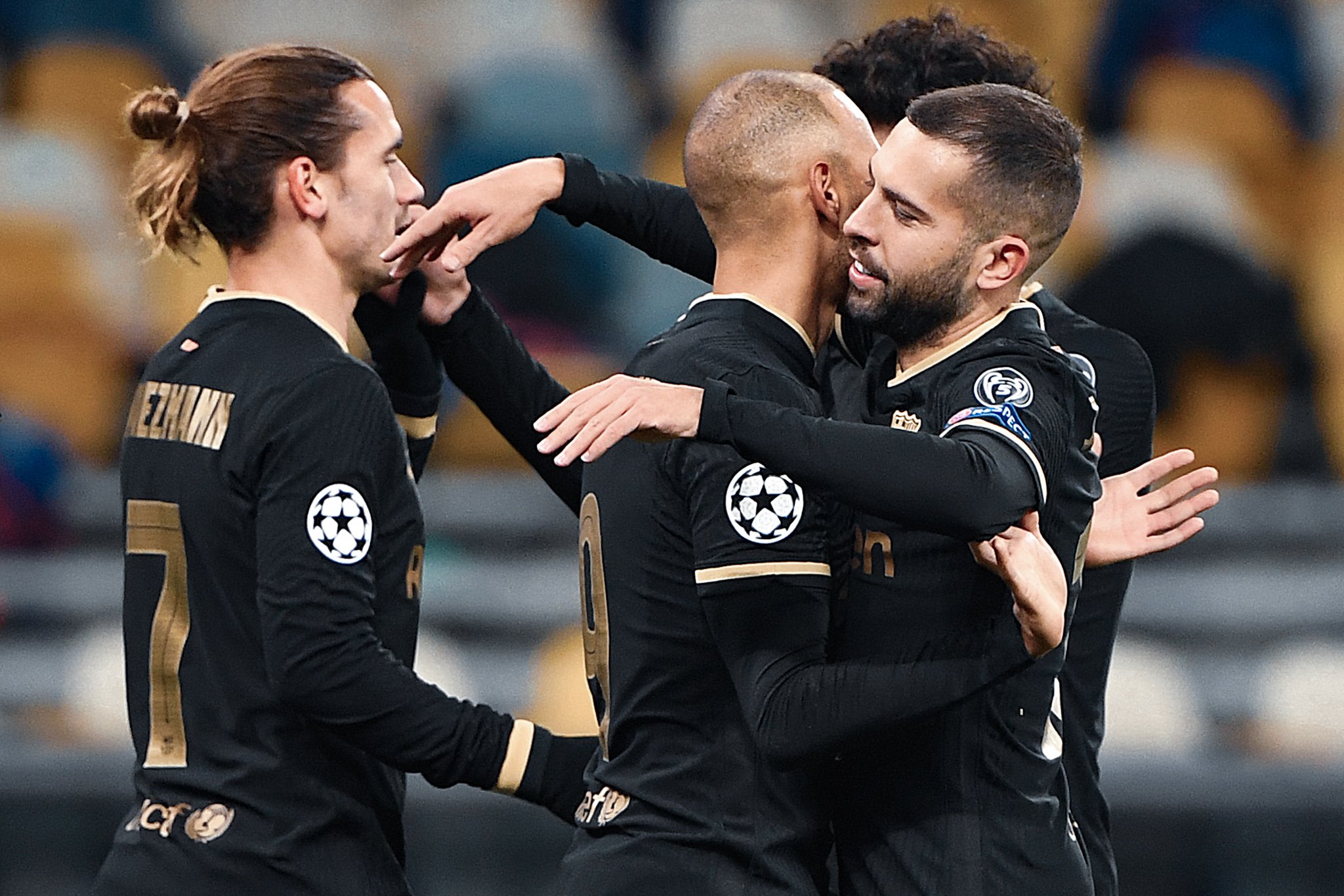 Barcelona return to their cramped position in La Liga after a comfortable outing in the Champions League. The Catalans turn hosts this time around as they try to get back to winning ways in the league against Osasuna.

Barcelona are in a precarious state in their campaign this term. The Catalans have more points, more wins and a better goal difference in the Champions League than they have in La Liga. Worst possible start to the season in decades, with injuries piling up amid a congested fixture list, Ronald Koeman and the players have a lot to figure out. But, first, they have to get back to winning ways in the league.

Osasuna visit the Camp Nou with memories of their last contest, confirming Real Madrid’s title last season with a 1-2 win. The visitors are on the same points as Barça, albeit playing an extra game. Their recent form has been a worry as they have only one win in their last five games much similar to the Blaugranas.

Barcelona’s memories against Osasuna are not pleasant. (Photo via Imago)

While Los Rojillos do not have the fixture congestion as the hosts, they have mirrored their injury problems and long time absences. Chimy Avila, Brandon, David García, Adrián López are injured and out of the clash. Jonathan Calleri, Aridane Hernández, Juan Pérez, Lucas Torró are doubtful for the game.

Barça’s injury list has dented the team significantly. While Ansu Fati, Gerard Piqué and Sergi Roberto remain sidelined for months, there has been some improvement for the others. Both Samuel Umtiti and Ronald Araujo have started the group training but will be a couple of weeks before they are match fit.

“Dest had some discomfort in his leg, but it is not a serious matter because he trained well today. If he is not well tomorrow, we will play someone else. We will not risk injuries.”

Sergio Busquets is given the medical green light for this clash after recovering from a knock in International duty. Despite initial reports of an injury, Sergino Dest has made the squad list after having trained with the group before the game.

Ronald Koeman decided to field a second-string eleven against Dynamo Kyiv and rested his most-played players. Both Frenkie de Jong and Lionel Messi got a well-deserved rest after playing almost all games this season. So, both players will be fit and raring to go this weekend in La Liga. With the return of Coutinho, the front four seems to take shape in the absence of Ansu Fati.

“Hopefully tomorrow Messi and De Jong can offer their best because we need them.”

While there are options aplenty in the attack, the defence still seems shaky and not enough for top La Liga sides. Óscar Mingueza could continue to partner Clément Lenglet after impressing midweek. If Dest is not fit enough to start either Mingueza or de Jong will fit in at right-back. Carles Aleñá could get another run in the pivot with Miralem Pjanić if de Jong fills in at defence. Clement Lenglet and Jordi Alba would be the only two regular starters in the backline.

Personnel issues aside, Barcelona have struggled tactically this season. While they breezed past Dynamo Kyiv in the previous game, they still provided the opponent with plenty of easy chances. The erratic pressing and loss of intensity after some point results in the opposition carving open the Barça defence with as little as a one-two pass. The manager should work on these and make sure the pressing works against tactically drilled La Liga sides.

Jagoba Arrasate’s Osasuna have been excellent in the top flight since getting promoted. After finishing an impressive 10th place last time, they are in the bottom half of the table this season, just below Barcelona. Injuries to crucial players have dented their fortunes this season, and their recent form is not helping the team.

When the last time the two sides met, the visitors won with only 20% possession, had more shots on target and scored a goal while a man down. Arrasate understandably would go with the same approach this time around as well. Whether the formation is 3-5-2 or 4-4-2, Osasuna will pack the middle to restrict the Blaugranas from breaking lines and going through the centre.

With a lack of possession and territory, Osasuna will look to go long moving the ball direct while counter-attacking. The visitors being aerially dominant, will often look to cross into the box. They do take a lot of shots confidently but are often prone to miss big chances. In this particular match, Osasuna’s game plan would work with ease if they hold their shape well in defence and successfully get into scoring positions.

Budimir has scored one of the only two goals Atletico Madrid have conceded this season. (Photo via Imago)

Osasuna have a lot of tall players ready to nod the crosses they put in. Ante Budimir is among the tallest of the lot, standing tall at 6’2″. The Croatian has played their last three games scoring one goal against Atletico Madrid past Jan Oblak. He is not afraid to take shots as he leads the team in shots per game.

One of the main reasons for his threat is the lack of height in the Barça defence. With Gerard Piqué out, the aerial presence at the back is severely low, and the Croat could take advantage of the situation.

“If we maintain our rhythm with the ball, we will be very good. Sometimes we suddenly relax. The team needs to keep a constant level of intensity.”

Barcelona have been wayward in La Liga this season. They have performed against teams which like possession, but have struggled hard against low and medium blocks. Barça despite, having the ball, have been highly inefficient, moving it slow unable to break down the opponents. It would continue against Osasuna unless Ronald Koeman decides to do things differently.