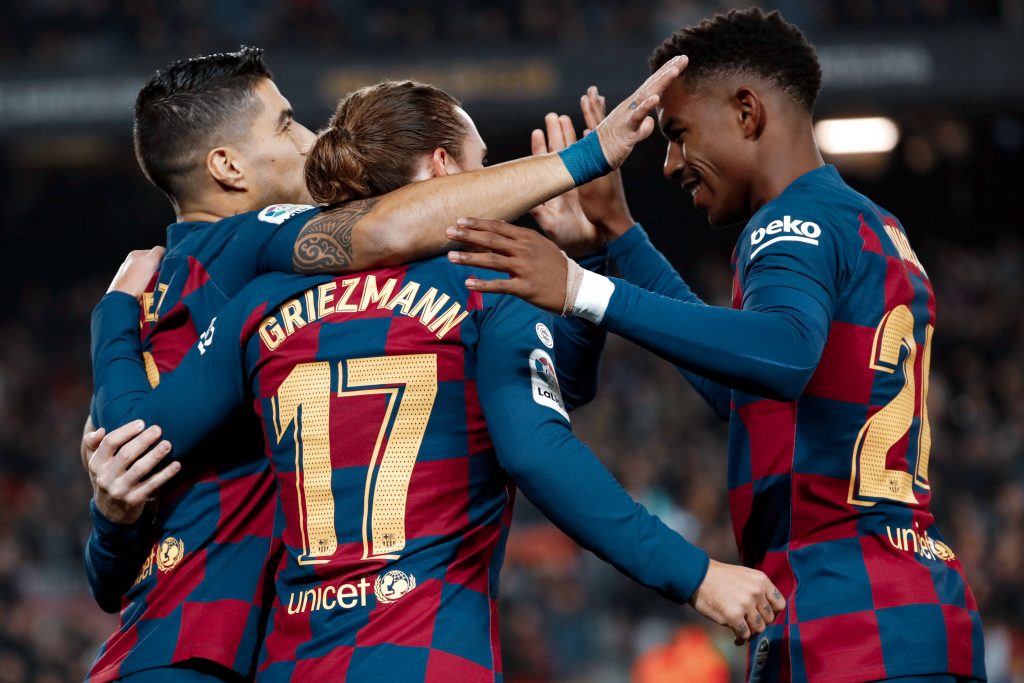 Barcelona ran riot at San Moix, beating Mallorca four goals to nil, in what was a perfect start after the break. The culés could not have asked for more. The 98-day-break which was feared to disrupt the rhythm of the team, only made them fitter and more ready for the highly packed schedule. The team showed flexibility and assurance. There was no real sign of laziness or complacency, with almost all players performing to the fullest.

After a fantastic reopening, Barça now prepare to reopen the gates of Camp Nou to Leganés. Barcelona play at their home ground under closed doors for the first time since hosting Las Palmas in 2017. Despite the game being for the fans first, it is necessary to keep the clock ticking despite the inability to accommodate them. The Camp Nou, even without culés chanting and cheering, will always be Barça’s home, giving them a feeling that they can dominate any opposition.

❛ We would prefer there to be fans, it takes the essence out of the game, but we know why that’s not possible. I hope it doesn’t affect us and we play well and win. We just have to adapt ❜

Quique Setién
on playing at an empty Camp Nou

While the Catalans come into the game on a winning note, Leganés lost to Valladolid in the last matchday. To add fuel to the fires, they are equal on points with last-placed Espanyol after the later won surprisingly. Coincidently, this was the case when Barça met them in the reverse fixture. Two teams with two different goals meet under unfamiliar circumstances here at the Camp Nou.

After the Mallorca game, the vibes have been high, and the fans’ confidence on the team has increased a bit. It was not a picture-perfect display from the Catalans, but it gave a feeling that good things are on its way. The way Barcelona lined up, the flexibility in transitions and the compactness in defence were all pleasing to witness. The fact that there were very less misplaced passes, with 89% accuracy showed that the team was in sync, even after months apart.

Of course, like every other performance, there were shortcomings. The joy of seeing Barça again overshadowed these in the first game, but in upcoming games, the team has to improve. The significantly slow build-up, the detachment of midfield from the defence in possession are some of the areas which can be improved. Coach Quique Setién has to figure out Antoine Griezmann’s role in the team soon, as Barça cannot waste a player of his quality on the wings.

Setién, in his press conference, has admitted to planning on making changes and giving everyone an opportunity. Players who did not feature from the start in the Mallorca game might get the nod here. Junior Firpo will fill in for the suspended Jordi Alba on the left-back slot. Clément Lenglet might get into the eleven after serving a suspension of his own. Luis Suárez and Samuel Umititi are on the brink of suspension and will miss the Sevilla game if they get booked here. The manager will have the urge to experiment and will do so with the title race in mind.

What to expect from Leganés?

Leganés have been struggling this season from the beginning and have tried to react by changing managers. While it seemed to be working, the winter transfer market hit them hard. They lost one of the best players in Youssef En-Nesyri to Sevilla in the transfer window. And unfortunately, Barça added salt to the wound by getting Martin Braithwaite off the window citing the injury to Ousmane Dembélé. La Liga denied a replacement for Lega, and the club got stranded without their two best players.

They are missing the strike force, as they have scored only 22 goals this season with ten coming from this duo. Manager Javier Aguirre has concentrated on a solid defence by turning to a back-five, like most relegation battlers. Although he played a four-man backline vs Valladolid, he might revert to his compact five-man-defence keeping it tight and harder to break. Knowing Barcelona’s weakness while dealing with low-blocks, the Mexican might employ a sit-back and counter tactic.

Leganés will be without their best man, Óscar Rodríguez, suspended | Photo by Joaquín Corchero Arcos via Imago

Óscar Rodríguez has taken over the mantle of carrying the attack and is currently their most proficient attacker. But, unfortunately, the Madrid loanee got suspended for the clash. Either Miguel Guerrero or Guido Carrillo will have to take his place in attack. Dimitrios Siovas got his fifth yellow in the 96th minute of the last game to rule himself out of this one. The manager might choose to rotate for the Mallorca game on Friday where they have more than realistic chance of getting crucial points. That said, Barça should never underestimate the relegation battlers in the league as they are known for causing unexpected upsets.

❛ My only plan is beating Barcelona tomorrow ❜

• Leganés have won only once in their last six games

Camp Nou has always been Barcelona’s castle which got barely breached. They have not lost at their home ground for some time now and would prefer not loosing on their first night back from the break. On paper, the clash looks pretty simple for the blaugranas and will be the case with Leganés missing some players. The writer’s prediction is 3–0 for the Catalans.