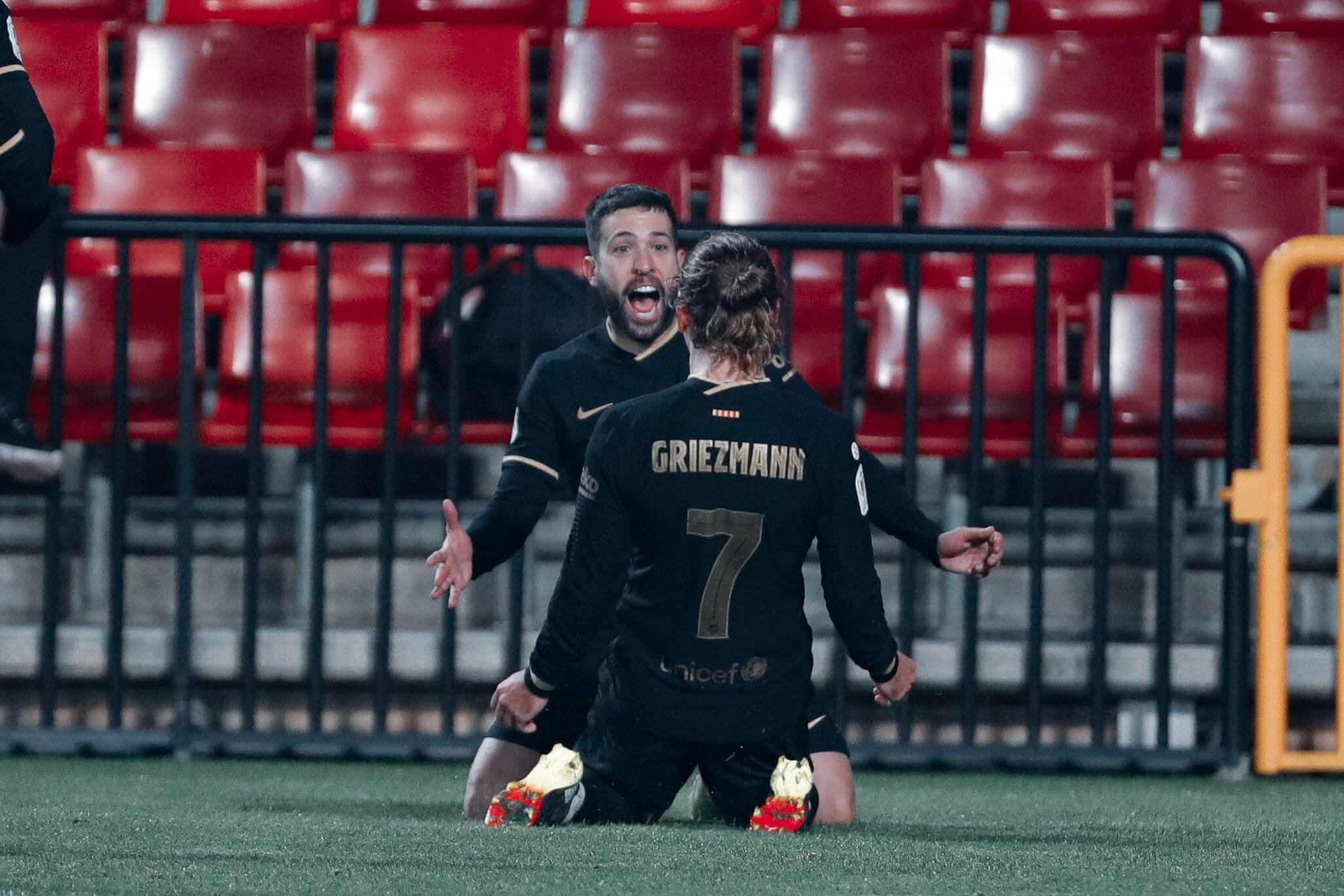 On the back of a confidence-boosting 2-1 win against Unai Emery’s Villarreal, Barcelona turn their attention to Granada in a tie which could see Barcelona atop of the La Liga table come Saturday.

The last time Fútbol Club Barcelona and Granada faced off, Ronald Koeman’s forces were indubitably the superior side in the encounter, as Barcelona eliminated Granada from the Copa Del Rey. A nail-biting 120 minutes of football saw the Catalans overturn a two-goal deficit in the final minutes in normal time thanks to goals from Antoine Griezmann and Jordi Alba to pave the way for the remontada. In extra time, their patience and perseverance paid off, with Alba, Griezmann and Frenkie De Jong each hitting the back of the net to overturn the deficit and win by five goals to three.

Heading into Thursday night’s game, both sides find themselves in a starkly different form. Barça have indubitably been, for the past four months, La Liga’s best side. The Catalans have emerged victorious in eight of their last ten appearances, scoring 26 goals and conceding just eight in the process. This is a run of form that has seen them win the Copa Del Rey, and should the Garnet and Blue beat Granada for the third time this season, then they will go top of the La Liga table for the first time this campaign.

As for the Andalusian outfit, they have certainly seen better days. Their Europa League dream was cut short by Manchester United, as the Spaniards lost 4-0 on aggregate to their English counterparts. In La Liga, they have been quite irregular. Their last ten games have seen them win four times and incur six defeats, however, it is fair to say that they had Europa League ties sandwiched between their already packed schedule. In an effort to better last season’s record, Los Nazaríes will desperately be in search of a win to keep their Europa League hopes alive.

Barcelona’s tie against Villarreal was a game of two starkly contrasting halves. In the opening 45 minutes, Barça had the upper hand, generating a panoply of numerical and positional superiorities both on and off the ball, which culminated in a superb collective performance. In the second half, however, the team took a foot off the gas. The ends justify the means, and Barcelona’s lethargic football could perhaps be rationalized as the team was in desperate need of all three points, but the same cannot be the case this time around.

Given Granada are likely to keep a deep block, limiting spaces to the maximum of their ability, the Garnet and Blue will need to have more of an attacking presence. In Barça’s iconic 3-5 win in the Nuevo Los Carmenes, Ronald Koeman implemented a 4-3-3, or rather a 2-3-2-3 in possession. More of the same could be the defining factor in this encounter.

It seems unlikely that Koeman will rotate his best XI, despite cries of rotation from fans. In the back three, with the 3-5-2 being the most likely formation, Koeman might opt for a defensive trio of Clément Lenglet, Gerard Piqué and Oscar Mingueza to consolidate the backline. In midfield, Koeman will likely start his strongest Frenkie de Jong and Sergio Busquets together, replacing the visibly fatigued Pedri with Ilaix Morib. In attack, Lionel Messi and Antoine Griezmann should both start, filling in the team without a natural striker.

In terms of the playing style, the Catalans giants should play with the same fervour as they did in the first half against Villarreal. An asphyxiating press, fine-tuned passing as well as the players impeccable positioning have made for some mouthwatering ties against stern opposition this season. In the Copa Del Rey, Barcelona learnt the hard way just how detrimental it would be to give Granada a chance. Rather than rest on their laurels by taking fewer risks, the former champions have to trust in their principles now more than ever.

What to expect from Granada?

In spite of the fact that Granada have won two of their last three games, they are by no means a team in tip-top form. While they are eighth on the table, Los Nazaríes have only won four of their previous eleven matches. This still keeps them firmly in contention for the UEFA Europa League, though, as following Villarreal’s defeat to Barcelona this past weekend, they have the possibility to cut the gap down to four points before their tie against Cadiz this weekend.

With Diego Martínez in the dugout, Granada have the ninth highest goal tally in the league in the current campaign with 41, however, they also have La Liga’s leakiest defence, with a whopping 53 goals conceded this season. The Andalusians aren’t famed for their ball retention, as evidenced by the fact that they keep the ball for only 41% of matches on average, the second-lowest number in the league. This thereby has a knock-on effect on their attack, as they have made only 108 passes within 20 yards of the opposing goal, which is the 6th lowest tally in the league.

Offensively, the Nasrids average 3.3 shots on target per match, which then translates to them scoring an average of 1.3 goals per game. These stats rank 15th and 9th in the league, respectively, which, for Martinez, is just efficient. Their frontline is spearheaded by Roberto Soldado, with 9 goals in La Liga and 13 in all competitions. Jorge Molina and Luis Suárez are joint second top scorers with five goals apiece, while in the creative department, Antonio Puertas leads the line with 5 assists.

Their defence is nothing worth writing home about. They average the most goals conceded per match at 1.7 per 90 minutes. In addition to this, the Andalusians’ rough style of play has resulted in them conceding the most penalties in the division at a staggering 12. In spite of the fact they make challenges aplenty, they make 7.2 successful tackles per match, the second-lowest in the entire division. Clearly, their approach to games isn’t reaping fruits.

Granada generally line up in a 4-2-3-1, however, their current injury epidemic will severely impact their squad. In their previous two games against Barça, both of which were in the Nuevo Los Carmenes, the hosts sat back and defended for extensive periods in the match. They are highly likely to play in much the same way, with few passes, a host of long balls, but as was the case in the King’s Cup, devastating accuracy in the box.

Lying right at the heart of Granada’s midfield is Yangel Herrera. The Venezuelan stands out for his dexterity in the central defensive midfield, as well as his versatility in other areas, notably the central and attacking midfield. He isn’t one to back away from a challenge, as he has 26 interceptions, 46 clearances, and seven yellow cards in the current campaign, however, he has enough of a commanding presence and importance in his team to have as many appearances as he has. Given Luis Milla’s absence, he will have to be at his utmost best if Granada are to emerge victoriously.

Given the teams’ current form and the history between them, this is expected to be a walk in the park for the Catalans. Granada have a host of injuries in a number of key positions, and Barcelona have possibly their best starting eleven, performing in the best form they’ve been in for quite some time. Everything points towards a Catalan victory and a comfortable one too.