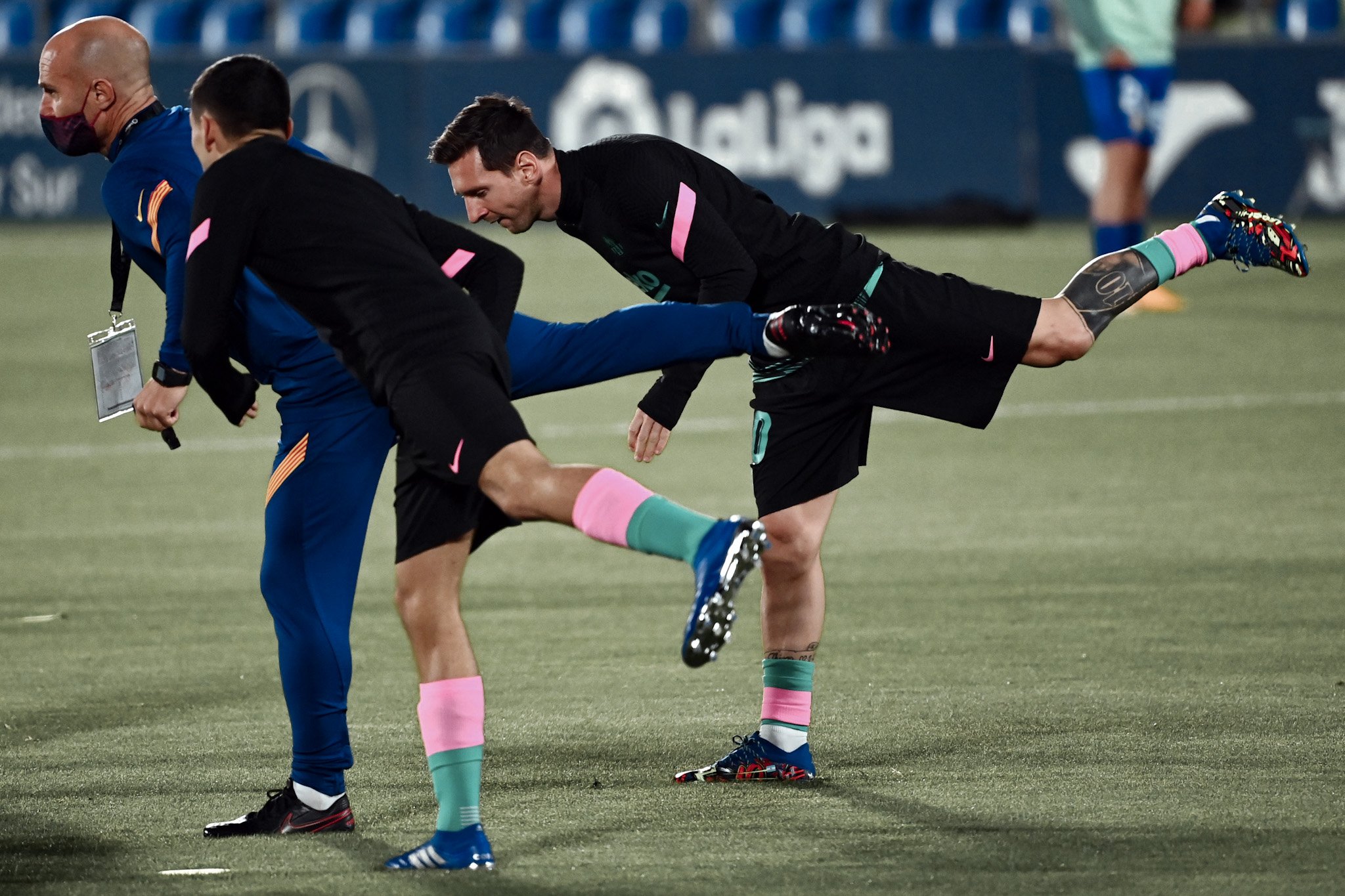 Just three days after the gruelling game away at Getafe, Barça are back in action again. Champions League starts once again, as the Catalans prepare for their first home game of the campaign. Here’s the preview of the match between Barcelona and Ferencváros.

The Champions League is back. The grandest of stages of club football is returning once again, barely two months after last season’s final. The group stages of the UEFA Champions League start this week with Barcelona in the group G. The first matchday sees Barça host Ferencváros in the Camp Nou, with Juventus and Dynamo Kyiv to follow in the coming weeks.

The competition has not been kind to Barcelona lately with disappointments reigning over happiness in the last four seasons. But, with a new coach, new players, and a new season, anything can change. The players can approach the new campaign with a fresh mindset without the pressure of being overwhelming favourites.

“We’re not the best favourites to win the Champions League, but we can go far.”

The visitors are playing their first official game against Barcelona in their history. The Hungarians are back in the Champions League after a few stints in the Europa League. They have reached here after playing the qualifications and the playoffs and have accustomed to the competition. Nonetheless, they are the underdogs of Group G, and a positive result on the first matchday would send a statement to the other teams.

The hosts are understandably the favourites in the matchup, and the fans would expect a statement victory here to win them over. The hosts come from a defeat on the weekend, while the visitors remain unbeaten in their league. The Champions League can spring surprises out of nowhere, and the weekend of surprises could extend for the sake of the visitors.

Barça have played four official games this season coming into this game. While the first two displayed the strengths of the team, the latter two revealed the weaknesses of the new system and the players. Ronald Koeman has stuck with his 4-2-3-1 for all the games, and a lack of plan B is appalling. In the last two games, where the team struggled to break down blocks or navigate press, Koeman has just thrown in attacking players as subs.

While the attacking quality and technical proficiency are omnipresent, the lack of understanding between the players is concerning. However, the season is just getting started, and it would get better over the course of the season. The squad is arguably better and younger than previous seasons despite a few deficiencies in certain areas.

📰 — Koeman will make rotations against Ferencvarosi tomorrow, with the possibility of including Pjanic in the starting line-up. Fati and Coutinho will also most likely return to the starting XI. [md] pic.twitter.com/j4BuLXJ53I

The squad list will mostly remain the same as the last game with none of the injured players expected to return. With Real Madrid game on the weekend, a little rotation is likely from Ronald Koeman. Most of the players have travelled and played a lot during the international break, and this game could be a chance to rest them. Irrespective of the eleven in place, the prime objective would be to win the game with a good performance setting up for the next games.

What to expect from Ferencváros?

The Hungarian Champions play Barcelona for the first time in an official game despite getting found on the same year as Barcelona(1899). Over the years, they have played multiple friendlies against Barça with the last one happening 43 years ago. From a statistical point of view, the Catalans are unbeaten over the six games that happened over the course of more than 50 years.

The Zöld Sasok were one of the best teams in the country’s history during the mid 20th century. Hungary was the epitome of football during the era where they were better than any other country on the planet despite the lack of laurels. Ferencváros was Barça legend László Kubala’s home before he came to Spain as a refugee. He even returned to the Catalan club in a later stint as a coach.

Ferencváros have a settled eleven that they have used over the season. They have primarily used 4-2-3-1, the same as Barça. With two league victories in the last two years, they have secured a spot in the UCL after 25 years. With nine goals in the five qualifying games, they have an able attack to challenge big teams on the counter. Tokmac Chol Nguen is their top scorer this season and can be a potential goal threat cutting in from the left.

Coming into the game as obvious underdogs, they have a chance to spring a surprise with no expectations from their side. In recent years, Barça have struggled against the underdogs to some extent in the group stages.

“We’ve played four games and we’ve scored eight goals, I don’t know if there is any team who does better. I’m not worried about scoring goals, we have enough quality. The last two games we’ve also played against teams that defend very well.”

• Barcelona are undefeated in their last 5 matches against Ferencváros.

• The last game between the two teams happened 43 years ago.

• Ferencváros are undefeated in 12 of their last 13 matches (Champions League).

The first Champions League game of the season for Barcelona is with possibly the most comfortable opponent they could have had. Even with heavy rotations, winning this game should be a cake-walk. However, anything can happen on UCL nights.