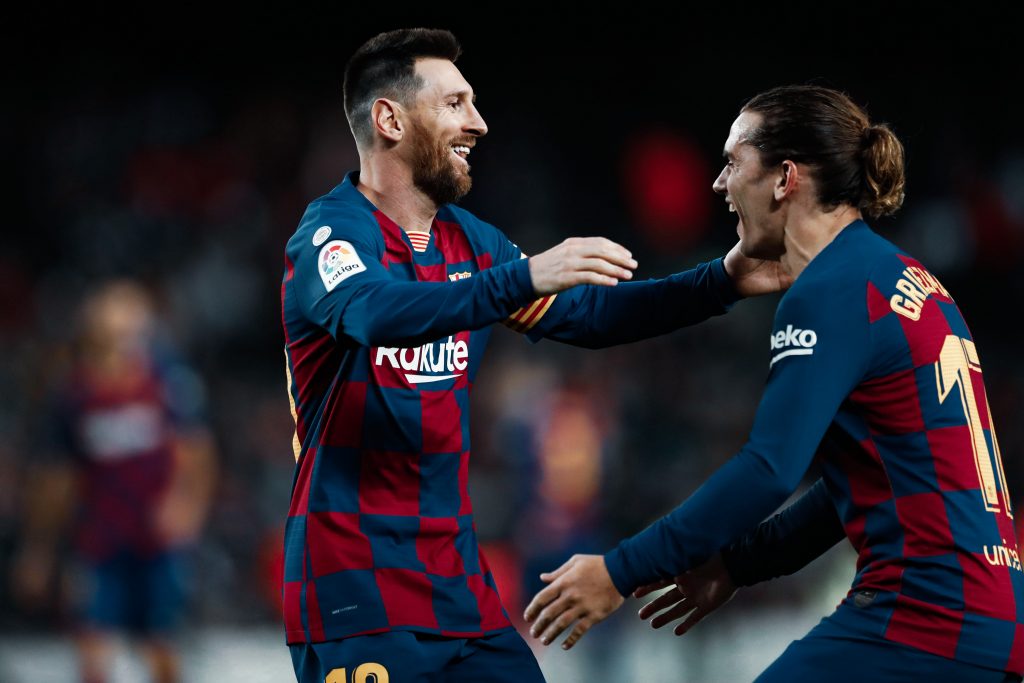 Barcelona beat Villarreal on Sunday by four goals to one in one of their best performances of the season. The victory was very much essential for the progression of the remainder of the campaign. Now, Barça prepare to host their local rivals in a do-or-die game for the visitors. Here’s the preview of the match between Barcelona and Espanyol.

Barcelona still trail Real Madrid by four points in the race for the La Liga title. The win against Villarreal by 1–4 on Sunday not only kept the gap at four, but it also brought the Catalans out of the winless run. It was vital in every sense for Barça as the spirits amongst the camp are high again. The fans’ trust in the manager has seemingly increased after an all-time low during the previous two games. But Real Madrid still are winning every game, scoring clutch goals and making it hard for the culés to make a comeback.

Now, Barcelona play hosts to city neighbours and bitter rivals, Espanyol. The situations of the two clubs are as different as it could be as the visitors are on the cusp of relegation from the league sitting dead-last. Considering the problems the neighbours are having, Barça’s troubles seem light. However, it is a must-win match for both the club’s as both are on their path to different destinations.

With all the talk of form and table positions, the fans must not forget about the impact of a derby. These are the games where players turn up despite the difficulties as their pride is in question. The reverse fixture saw Espanyol draw the game coming from behind despite starting the game as clear underdogs. Will Barça hit that final nail in the coffin, or will Espanyol live to die another day. Either way, the derby promises to be a spicy contest.

Barcelona needed a game where they dominated every aspect of the game and had controlled every minute of it. The game vs Villarreal was the closest they got to that, and it has respawned all hope in the team. While it was not a perfect game, Barça had so many positives to take away from it. A new system, an integrated and firing Antoine Griezmann, and fewer problems to worry about now. Nevertheless, everything is not solved suddenly with one game, one win and one tactical tweak.

“Of course we can still win La Liga. Mathematics says it. We have to keep hope until the final day”

While the midfield diamond worked against Villarreal, an opposition which deploys a high line, it still has to be tested against low blocks. The blaugranas have struggled against teams which park the bus, and this 4–3–1–2 formation seems to compensate for one of the problems: width. It requires a ton of work from the full-backs in both attack and defence. Jordi Alba has struck his cord with this system, but Nélson Semedo must work on his attacking efficiency for this to work entirely.

The system is far from perfect, but it is the way to go if Quique Setién plans to play the attacking trio of MSG – Lionel Messi, Luis Suárez and Antoine Griezmann – all at once. There are issues like defending counter-attacks when the majority of players are stuck high up the field. But, with little tactical adjustments and intelligent positioning, they can be solved as Barça play more games with this new system.

Setién might go with the same eleven as last game as he does not like to disturb things when it is working out. Frenkie de Jong and Samuel Umtiti remain on the sidelines with Junior Firpo who got injured just before the Villarreal game.

What to expect from Espanyol?

Espanyol’s fortunes have changed drastically over the last season. From finishing in European spots, they have dropped to the bottom of the table in just a season. They are just a loss or a draw away from mathematically getting relegated even before the campaign ends. For a team which stood tall beside Barcelona in all derbies across years, the fall depicts their loss of direction. And to possibly get relegated in a derby, against bitter rivals, adds salt to the wound.

They have changed multiple managers, went under different systems, but never seem to get consistent with their results. Espanyol are winless in their last six games, after getting off to a winning start after the break versus Deportivo Alavés. Notwithstanding, a point to note is that their defeats have not been straight up humiliations as they have lost only by a goal or two, baring a few occasions. Even against the league leaders, they put up a fight, only for a moment of magic to make all the hard work go away.

With everything on the line, Espanyol will turn up against Barcelona like they usually do. They will defend with every man behind the ball and cause problems to the Barça attack. With even a draw not enough for them, they will look to strike on the counter when they get the ball. Their forward Raúl de Tomás, on his day, is capable of carrying the team’s attack on his own. Their fans and the new manager, Francisco Joaquín Pérez Rufete, will surely hope it is their day. Jonathan Calleri is out of the game due to a suspension for the visitors.

“We need to finish like this club, team and fans deserve”

• Espanyol have lost their last five matches in La Liga

• Barça could relegate their rivals with a win

“We have to keep defending with responsibility this badge because it represents a lot of people, for its history, and because we will play a derby. We have to maintain out pride”

Usually, the Derbi barcelonés will be a spicy contest, with Espanyol giving their all against their mighty neighbours. That said, their current situation barely makes a fan think they have a chance against Barcelona. But derbies do not disappoint, and predicting a derby with ignorance will only backfire.

If Espanyol turn up with their best low block, it will be an ideal test for Barcelona to know their capabilities. The Camp Nou’s size will, however, come to the host’s advantage if they find ways to stretch the opposition defence.

The writer’s prediction for the contest: 3–1 win for the Catalans.