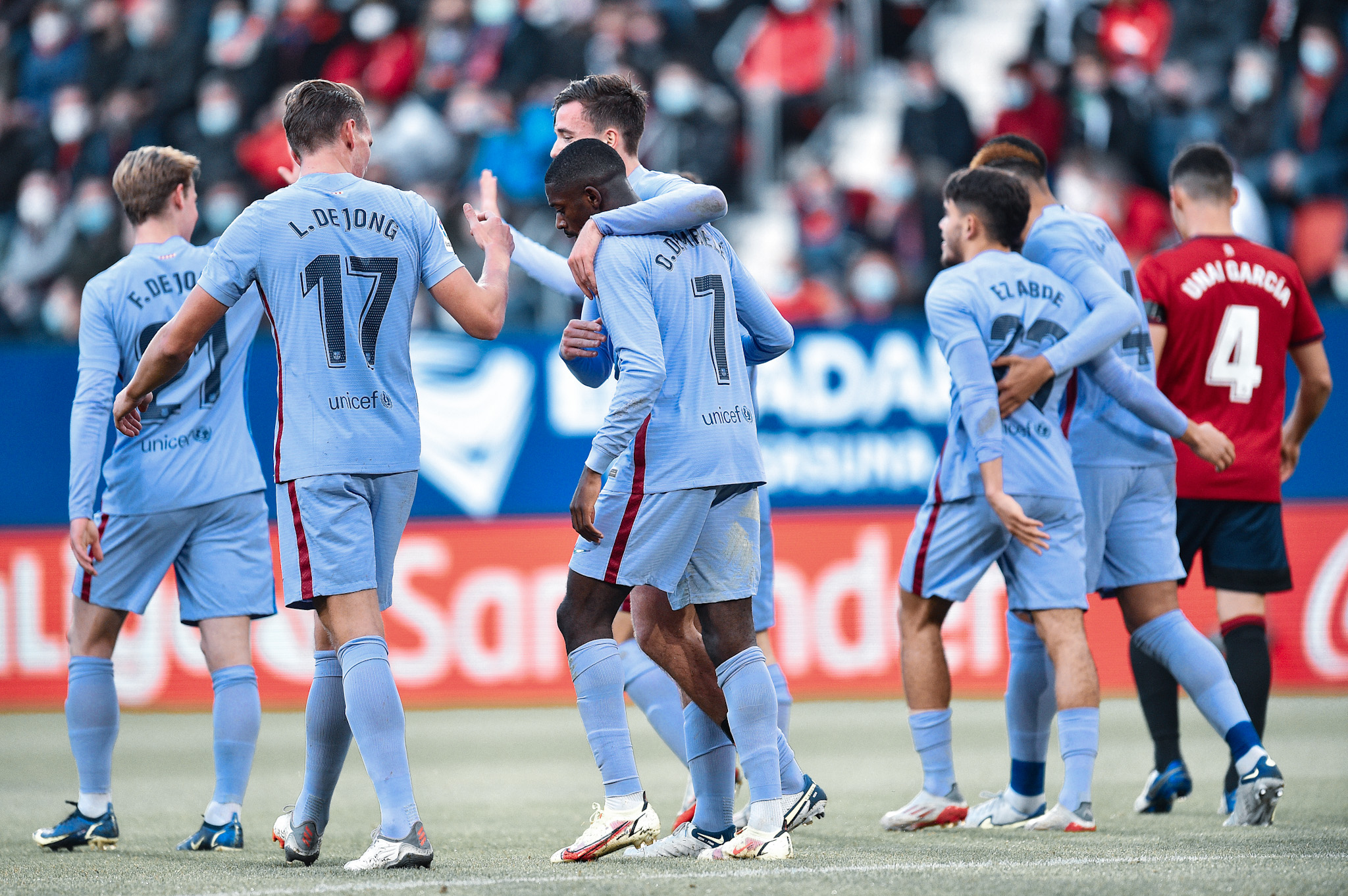 Xavi Hernandez’s first six games as the manager of FC Barcelona could not have been split more evenly. Two wins, two losses, and two draws have him tied on all three fronts as he continues to try and inspire a struggling side.

Pitted midweek against Boca Juniors in the Maradona Cup, the Catalans could not pull off a win. Despite leading for a major part of the second half, Xavi’s side conceded and lost on penalties.

Coming back from three losses in the past four games will not be easy for the hosts. However, 16th placed Elche provide the ideal platform for Barcelona to return to winning ways. Here are three talking points heading into the critical match.

1. All eyes on the defence

Though Gerard Pique has been the convenient scapegoat for Barcelona’s defensive shortcomings in recent times, his leadership has never been in question.

A big blow to Xavi’s plans came at El Sadar when the defender picked up a fifth yellow card. The tall Spaniard’s absence implies that Barcelona will have to rely on their other centre-backs to hold the fort.

While Ronald Araujo has been the standout performer in defence, it remains to be seen as to who partners with him on the night. If Xavi opts for a three-man back-line once again, the possible combinations are numerous.

Clement Lenglet and Samuel Umtiti seem to have found a recent resurgence under Xavi, with both the French internationals having big roles in recent games. Yet, the string of poor performances could prompt the manager to call back Eric Garcia from the bench.

In Pique’s absence, the defence will be put to a stern test against the likes of Lucas Perez and Lucas Boye. Though Elche have not been very bright in front of goal this season, a perfect counter is something they are very capable of.

2. Not a goal-fest, but neither a stale draw

Elche have conceded in their last nine league games, providing an idea about the shaky defence they possess. A complete Barcelona squad could have, no doubt, scored a couple of goals and walked away with all three points.

However, the team’s trying times in the forward department leave Xavi with very few options to start. Given Memphis Depay’s absence, it will be difficult for Barcelona to capitalize on the situation. Yet, a shaky defence opens the door for the hosts to sneak in a goal.

On the other end, Barcelona’s defence cannot be trusted with defending a lead. Marc Andre ter Stegen has been far from his best, and the leaky defence has not helped the Blaugranas case. Given the brittle defence lines at both teams, the doors are open for a game filled with goals.

Barcelona’s inability to close out won games has traversed from being a concern to a fact. Oppositions know well that a high pressure after the 80th minute is sufficient to walk away with at least a point.

The game against Celta Vigo was the first to indicate such a syndrome. The theory was once again proved right against Osasuna last week. Despite going ahead in the 49th minute, Barcelona crumbled under the pressure and allowed the hosts to equalise four minutes from the final whistle.

The problem with the team is clearly psychological, and the manager has accepted the same. The player’s weak mindset in the closing minutes allows them to be overwhelmed by a flurry of attacks by the opposition. Though a part of the change can come from modifying the defensive structure, the root cause needs to be tackled at the earliest by the team staff.

Conceding late goals is a trend that can soon become a habit; one that dies hard. That is precisely what Xavi needs to prioritise and avoid, because stopping the bleeding at a later stage would be much more laborious.

Barcelona’s start to the season has been far from ideal, and the January transfer window is expected to be a major milestone in the Catalans’ year. However, looking at the position of the side in various competitions, the urgent need for points on the table is felt. That said, it would be invaluable if Xavi’s depleted side walk away with all three points against Elche.