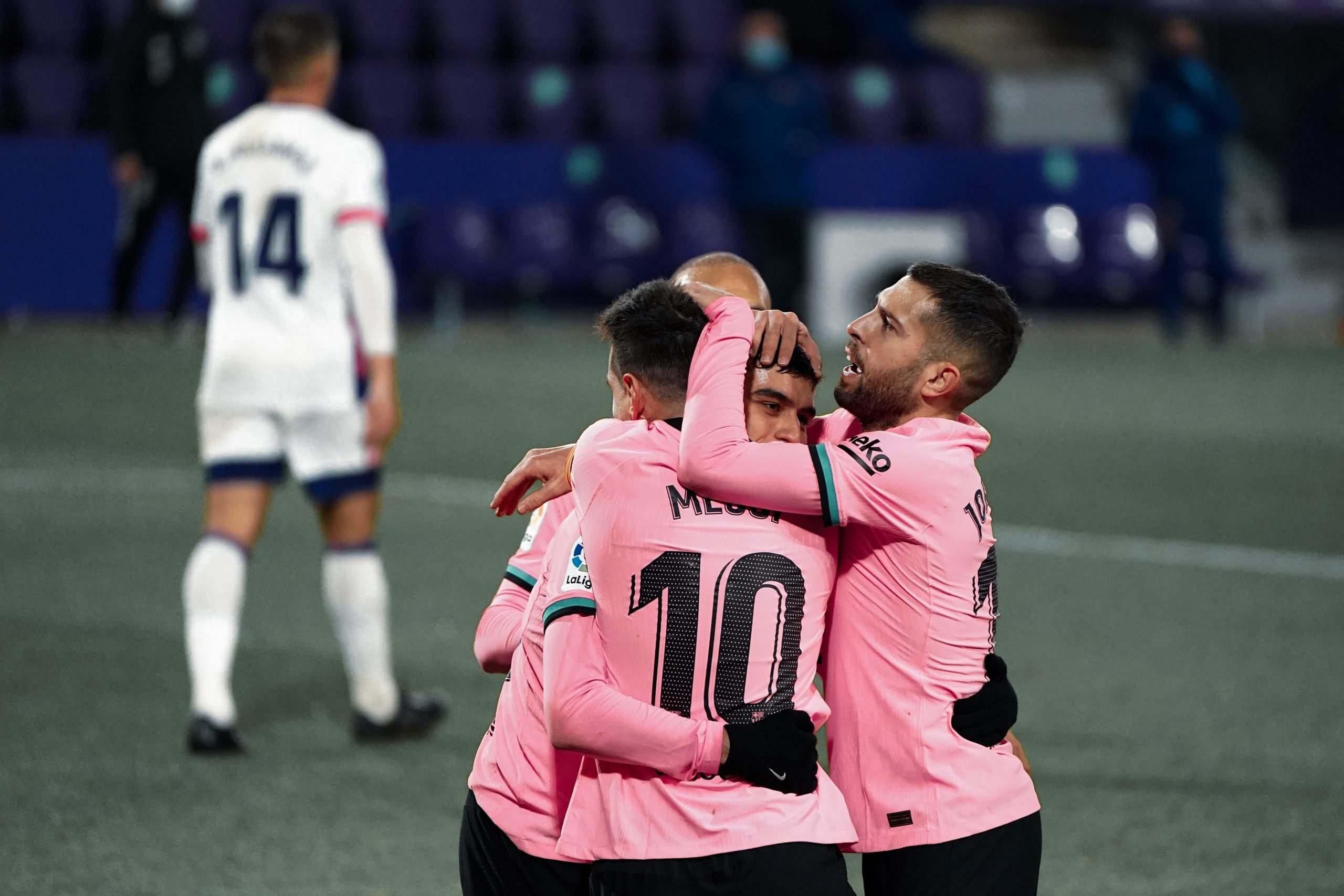 After a performance full of individual as well as collective highlights against Valladolid, Barcelona face Eibar at the Camp Nou as the La Liga table begins to take shape.

As we approach matchday 19 of La Liga, the table is starting to take shape. Though Barcelona are fifth, there is a chance for the Catalans to move up to third this week. Thanks to a solid performance against Real Valladolid along with some good results along the way, the confidence among the players should be high.

On the contrary, Eibar find themselves 17th in the table, and a win against the Catalans could be just what Jose Luis Mendilibar’s side needs to start climbing up the table.

After a disappointing start to the season, the Catalans are finally starting to gather some momentum. Under Ronald Koeman, there have been many positives as well as negatives as is to be expected. The last match against Real Valladolid falls into the former, thanks to a comprehensive performance comprising individual and collective brilliance.

With a three-man backline, Barcelona were able to unleash the full-backs – both of whom put in a quality performance. As this led to better and more frequent attacking plays, players such as Pedri Gonzalez were able to showcase excellent creativity and fluidity. Though the 3-4-2-1 formation showcased in the last match was impressive, we must also consider the opposition faced to approximate the formation we can expect against Eibar.

Against a Valladolid side which lines up in a 4-4-2 often, a three-man backline was a good choice as it allowed for a constant 3v2 when building-up. Eibar play a 4-2-3-1 in which their attackers press the opponents’ backline often. With at least three attackers looking to gain possession high up the field, a 4-2-3-1 or a 4-3-3 from Barcelona is a better bet.

Barcelona will, as usual, look to build-up from the back and play a possession-oriented game. Talisman Lionel Messi is set to miss this match as he undergoes treatment for an ankle injury. A 4-2-3-1 seems like the likeliest formation, with the 4-3-3 a possibility as well, as an inform Martin Braithwaite leads the line. At the same time, Philippe Coutinho continues to find his place in the Barcelona XI.

What to expect from Eibar?

Jose Luis Mendilibar’s Eibar find themselves just above the relegation zone with 15 points in as many matches. Los Ameros, being one of the smaller teams in La Liga, don’t have resources or production comparable to Barcelona’s. However, Mendilibar has shaped the squad into a brave, passionate, and highly ambitious collective.

Even against much stronger opposition, Eibar often play a high backline. With the full-backs and centre-halves pushing up the field, the forwards mark the opposition’s defenders and look to force errors. The pressing is the backbone of this side. With the second-highest success rate of pressure attempted in La Liga this season, it makes the press utilized by Mendilibar something Barcelona need to watch out for.

With a man-marking approach favoured against sides aiming to build-up from the back like Barcelona, the attacking intention is clear. Eibar’s attack consists of some recurring patterns. The wingers will look to stretch the opposition’s defence wide (something that Barcelona’s 3-4-2-1 could help against), creating space for the other two forwards down the middle.

There is an emphasis in the attack down the left, partly down to the influence Gil has had and partly due to Takashi Inui preferring to play in the left half-spaces.

When transitioning from attack to defence, Eibar form a 4-4-2. In this 4-4-2, a mid-block is seen most often. The midfield-four will be very highly-structured, with limited freedom till possession is regained. Once possession is regained, the wingers will be responsible for crossing the ball in from the wings once the forwards are in position.

As they attempt many crosses, to increase the chances of a goal, more players are committed forward. This often leaves Eibar vulnerable to counter-attacks,

It’s clear that in terms of pure quality, Eibar are no match for Barcelona. However, this is a team that cannot be underestimated. Their xG and xGA shows that Mendilibar’s side has been let down by their inability to finish off chances. With an xG of 14, higher than the 11 goals scored, the lack of end product is visible. With a strong defensive record that has allowed 15 goals – three less than the xGA of 18 – there is a clear foundation to build upon.

A slightly better attacking output, especially when combined with their pressing ability, could be the deciding factor for Los Armeros against the Blaugrana.

On loan from Sevilla, Bryan Gil has been a highly-touted player for many years now. With sporadic appearances for the Andalusians, Gil hadn’t really established himself in Sevilla’s first-team. As most of his appearances came in the Copa del Rey and there was a lack of playtime provided, a loan move to a first-division Spanish side was thought of as a good step for his career

Eibar has been an excellent place for the 19-year-old to flourish. He has already become an important part of Mendilibar’s side, with 11 appearances in La Liga already. As a left-winger, Gil is electric whose pacey dribbling aided by excellent balance, is a terror for defenders.

His crosses are very rarely poor, as his xA/90 stat of 0.28 indicates. Among all La Liga players, Gil is in the top 10 for XA/90, key passes with 23 in just nine starts, players dribbled past, nutmegs, and crosses into the penalty area.

In Eibar’s attack, Gil is someone who Barcelona need to watch out for. His balance of unpredictability and excellent decision-making is something that can make a huge difference in this matchup.

Eibar are a side capable of disrupting Barcelona’s style of play. There is a good combination of individuality and quality among the players, especially the attackers. Despite this, Barcelona’s recent form, their home form, the players they have, and the sheer quality makes this match one that the Catalans can take by the scruff of its neck.