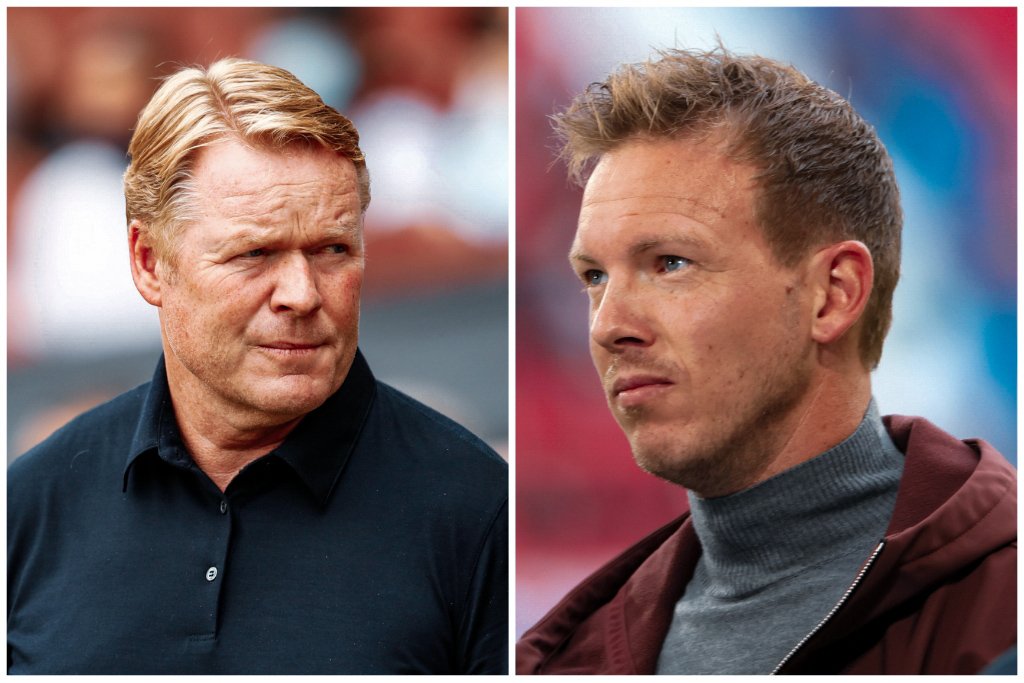 It will be a big day in Spain on Tuesday, as Barcelona try to fight for redemption. Barcelona and Bayern Munich are two sides that have historically dominated European football. The Catalans and the Bavarians have seen the pinnacle of football, have both had golden teams in the past, and are both in a phase of transition. Needless to say, the phase of transition is more pronounced in Catalonia than it is in the German camp.

Redemption is a process that brings satisfaction second to very few things in life. More than proving oneself to the world, it is a statement that serves a bigger meaning to the party itself.

The last time these sides met, Barcelona sunk to its absolute lowest. The eight to two scoreline became a joke for decades and ended as a permanent skewer in the hearts of the players that night.

Less than two years later, the fixture has been scheduled once again, although the Catalans have a new face on now. The departure of Lionel Messi will hurt them, but the other changes in the team can only prove for the better.

Unlike the side that went down in flames in Rome, Ronald Koeman’s side boasts of some of football’s finest young talents. The team is composed of teenagers and new faces who promise to be relentless in their pursuit of revenge.

Meanwhile, Bayern Munich arrives at Camp Nou with a new face on the sidelines. After Hans Flick decided to end his stay at Bavaria after a magical season, Julian Nagelsmann took over the reins.

The Bavarians currently sit third in Bundesliga, with two wins and a draw in their opening three encounters. The team seems to have picked up exactly where they left off last season when they finished the league a whopping 13 points over second-placed RB Leipzig.

Nagelsmann’s side most recently faced Leipzig in the Bundesliga earlier this week. The result was a convincing victory built over a collective effort. Goals from Robert Lewandowski, Leroy Sane, Jamal Musiala and Eric Maxim Chuopo-Moting saw them cruise to a 4-1 victory.

The Blaugranas were scheduled to play Sevilla at the weekend. The position of both the clubs was against the match going forward as they would both miss services of CONMEBOL players who would return late.

At the last minute, the fixture was indeed cancelled by the interference of higher authorities. Though this is good news for Barcelona in the League, it means the Bayern Munich will be their first game directly after the international break.

Ronald Koeman is reportedly looking to revert to a 3-5-2 formation for the blockbuster clash. However, injuries are the biggest factor that will decide the manager’s chosen lineup on the night.

Barcelona is without the services of Ousmane Dembele and Sergio Aguero through injury. While their recovery is heading well in progress, the duo is not expected to return till the end of next month. That said, both will miss the vital game against Bayern Munich.

Ansu Fati is also working hard to make his return to football possible as swiftly as possible. However, neither the club nor the player wants to hurry the process, and all signs indicate that he will not be available.

Sudden injuries to Jordi Alba and Sergino Dest during the international break brought a cloud of concern around the upcoming Champions League clash. Dest, however, seems unlikely to get the medical all-clear before the game against Nagelsmann’s side. Alba, however, will likely make the cut to start on Tuesday.

The latest in the injury roster is Martin Braithwaite, who will face a long time out after suffering a setback in training, and will undergo surgery. He, too, will miss the clash against Bayern.

Marc-Andre ter Stegen is one player whose start on the night is guaranteed. The German will be in between the sticks for Barcelona and try to cast away the ghosts of last time.

The goal will probably be guarded centrally by Gerard Pique, Clement Lenglet, and Ronald Araujo, who will have to be on point. The three-man backline is a new concept for this team, and the trio has to ensure there are no slip-ups.

The wingbacks on the night will be Jordi Alba and Oscar Mingueza, given Dest’s injury.

In midfield, Pedri will be a crucial cog. The youngster will be supported by Frenkie de Jong and Sergio Busquets. The trio is certainly technically gifted and has built an outstanding rapport with the ball. It will be up to them to overrun the Bavarians in the middle of the park.

Memphis Depay is the one player who is guaranteed to start on Tuesday. The Dutchman has been phenomenal so far in the season and will look to get his maiden Champions League goal for Barcelona. He will be aided by Luuk de Jong upfront.

What to expect from Bayern Munich?

Julian Nagelsmann had his own set of injury troubles in the team heading into a crucial week. Thomas Muller left the German camp early in the international break owing to muscular troubles on his left thigh. Out of caution, the forward returned to Munich to continue his recovery and was labelled a doubt for Tuesday’s game.

Moreover, Alphonso Davies, too, sustained an injury on duty with the Canadian National Team. The knee injury was not seen as something serious, but the club did not mention the recovery period.

As it stands, however, both the players have made their recoveries and could well start against Barcelona.

The latest in the injury tally is Serge Gnabry, who pulled out of the game against Leipzig due to lower back pain. His availability against Barcelona is not known, as confirmed by the manager.

Nagelsmann has largely stuck to a 4-2-3-1 in his tenure so far. One could expect the German to stick to the same working formula at Camp Nou.

Manuel Neuer has guarded the Bavarian goal against Barcelona in the past, both in victories and losses. He will surely start in goal.

Dayot Upamecano and Nicolas Sule will be the starting centre-backs on the night, with Benjamin Pavard and Alphonso Davies on the right and left flanks respectively. The return of Davies could not be better timed, given the immense impact he had against the same opposition in Rome.

The double-pivot of Joshua Kimmich and Leon Goretzka has worked out well for the Bundesliga champions and gives no reasons to shuffle up the duo. Marcel Sabitzer could also come in for Goretzka.

Behind Robert Lewandowski, who is firing on all cylinders once again, Nageslmann will have a dynamic trio to trouble the Catalan defence. Serge Gnabry’s injury against Leipzig places him in doubt, and Jamal Musiala is the best place to replace him. Thomas Muller and Leroy Sane look set to be the other two in the trio behind the number 9.

Singling out one individual from a side that works collectively and cohesively is often difficult. However, it does not require much convincing that Robert Lewandowski is the biggest threat for Ronald Koeman’s side.

The Polish international was the best player in the world last year and was dubbed to win the Ballon d’Or before it was eventually cancelled. His season in numbers was beyond majestic. The number 9 scored 48 goals and recorded nine assists his just 40 games last season. This year around, he already has eight goals in his opening five games.

Barcelona’s defence is not known to be the most break-resistant line in football. The last time Lewandowski met the Barcelona defence, the Catalans showered him with opportunities and a red carpet. Now on a 17-game domestic streak, Koeman must treat him as his biggest threat.

Indeed, Bayern Munich is starting the season with a new manager, a new vision and renewed direction. Some key injuries also mean that there will be big names missing.

However, Barcelona is a side much deeper in transition and still struggling to find an identity. Names like Pedri and Frenkie de Jong ooze class, but the team is far from cohesive. Moreover, losing some of world football’s biggest names in one window means that the side still needs to find its rhythm.

All that said, the advantage is in the Germans court. It would be fair to expect them to walk away with three points in a contest that has goals on both ends.