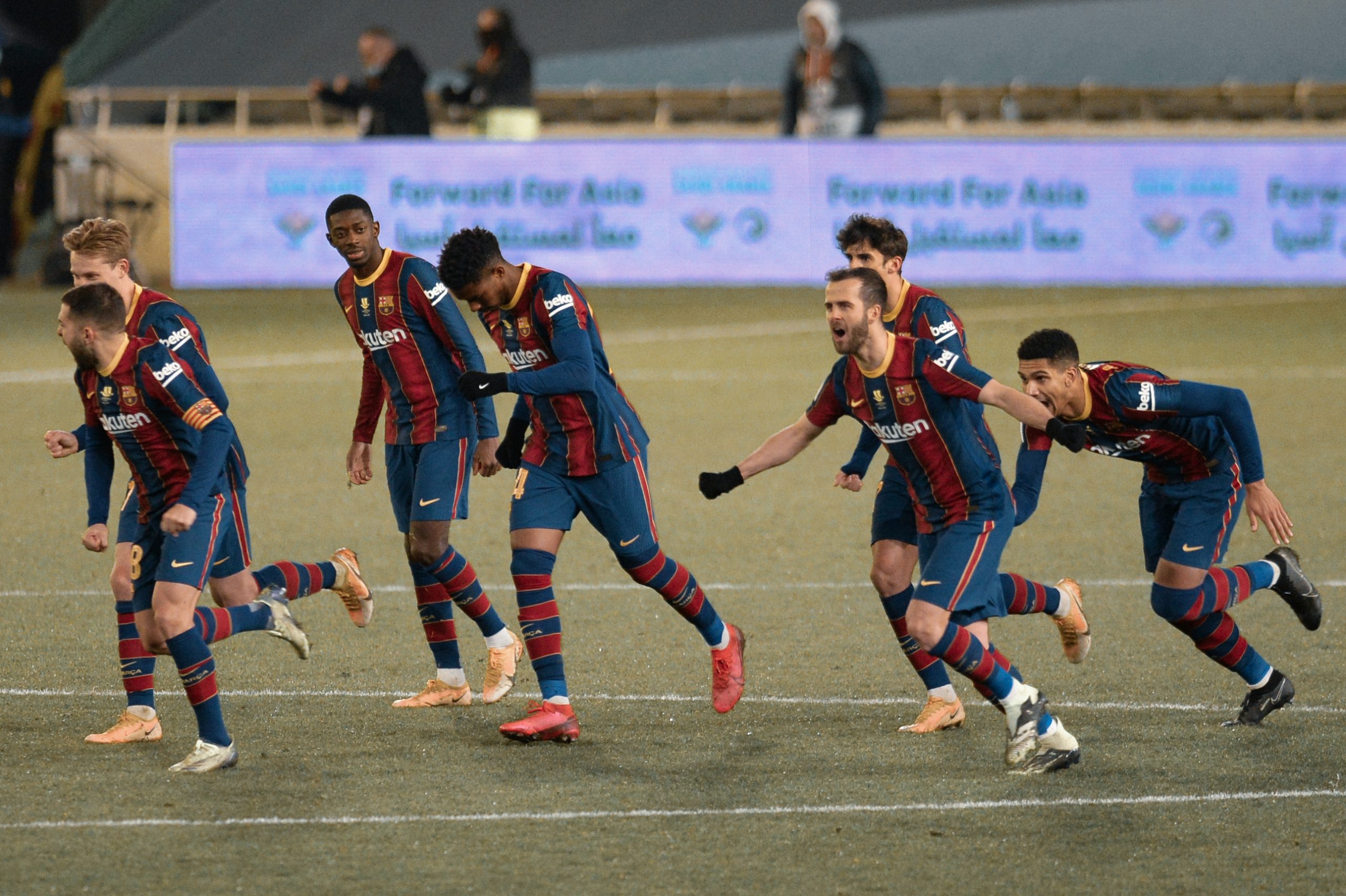 After progressing past Real Sociedad on Wednesday evening, Barcelona face a tough Athletic Club side in the Super Cup final. Barça Universal outlines the match preview for the upcoming final.

Barcelona go head-to-head against one of their greatest opponents in history, with the two clubs first meeting in 1902. The Spanish sides share many similarities such as being owned by socios, putting great emphasis on developing players from their youth academy and being among the last clubs to adopt a commercial logo.

Both clubs have also struggled to find their best form this campaign. Athletic Club find themselves 12th in the league and the Blaugrana have only recently moved into third in La Liga. However, there has been signs that both teams are improving. Bilbao’s last three games has seen them win against Elche, narrowly lose to Barça and beating Real Madrid in a hard-fought contest in the semi-final of the Super Cup.

Ronald Koeman’s men will be looking to continue their fine form by picking up some early silverware. The Dutchman has had a rocky start to his time as manager but seems to be steadying the ship game by game. Winning the Super Cup would certainly please Culés and earn him some praise from the fan base. The players too need a big win. In recent seasons, the team has crumbled on the big stage and suffered some demoralising defeats. Victory in the Super Cup will only boost the confidence and morale of the squad.

Los Leones will be aiming to stop Barcelona from reaching their goal of Super Cup glory. The Basques are always one of the most competitive sides in Spain and never give their opponents and easy fixture. They will have extra incentive to win the final after their recent loss to the Catalans and from underperforming in the league.

Club captain Lionel Messi has been a doubt for the final, but reports suggest that the Argentine is desperate to play. It would be a huge boost to the team if the number 10 was available and fully fit. Messi has finally found his best form, and goal scoring touch, in recent matches after an unusually slow start to the season.

The squad has also found its form in recent games and Ronald Koeman seems to have found the correct positions and roles for his players. Frenkie de Jong has been given a more advanced and free-roaming role. It is the player Culés have been desperate to see since his move from Ajax.

Another player that has been showing their best version again is Sergio Busquets. The Spaniard has not had his best season but was immense in Barcelona’s last two matches. Playing as a single pivot is getting the best out of the midfielder once again, helping the midfield tick. His reading of the game and passing ability helps the Blaugrana play at a much higher intensity, exactly what is needed against a physical side like Athletic Club.

Players such as Pedri, Ronald Araújo and Marc-André ter Stegen have been vital in recent matches too. All three will likely play a major part in the final and deserve to start the game, while €100 mil club members Ousmane Dembele and Antoine Griezmann must look to keep up their form.

Rivaldo: "Dembélé can take advantage of Messi's possible departure this summer to prove himself as the star of the team." pic.twitter.com/NKqqUPa1X8

With such a tough opponent, Barcelona will need to be at their best. Previous matches have shown just how good they can be and this should give the team confidence going into the final. The team have had issues maintaining their consistency this season, but with so many players on form, Barça should be able to produce a memorable performance.

Athletic club are always a tough team to beat and relish in the challenge of facing top sides like Barcelona. Under their new manager Marcelino Garcia Toral, they have shown they are capable of beating Spain’s best after defeating Real Madrid in the semi final.

The Basque side are filled with veterans that have played in many big occasions. They will likely be difficult to break down and look to use the pace of Inaki Williams and hit Barcelona on the counter attack. This worked in the previous meeting with Williams scoring inside the first four minutes of the match. Athletic Club are always physical and competitive and will play until the final whistle, something Barça must be aware of.

Pedri has made a massive impact during his first season at the club. At just 18 years old, not many could have predicted how important he would become for one of Europe’s biggest clubs. The Spaniard is Ronald Koeman’s favourite, along with many Barça fans. He has shown huge talent and maturity already, working hard on both ends of the pitch, and will be looking to impress in his first official final with Barcelona.

If Lionel Messi does indeed make the final, Pedri is the one that is best suited to complement the Argentine. The two are forming a deadly understanding on the pitch. Pedri has been the missing piece that finds space and links with Barça’s captain in dangerous areas of the pitch. It will be a great watch to see how the former Las Palmas player performs in the final.

Both teams have been in better form recently. Athletic Club will still be in high spirits and full of confidence after their win against Real Madrid. However, Barcelona seem to be finding their best version and if Lionel Messi does make the squad, it will give the Catalans a huge boost.