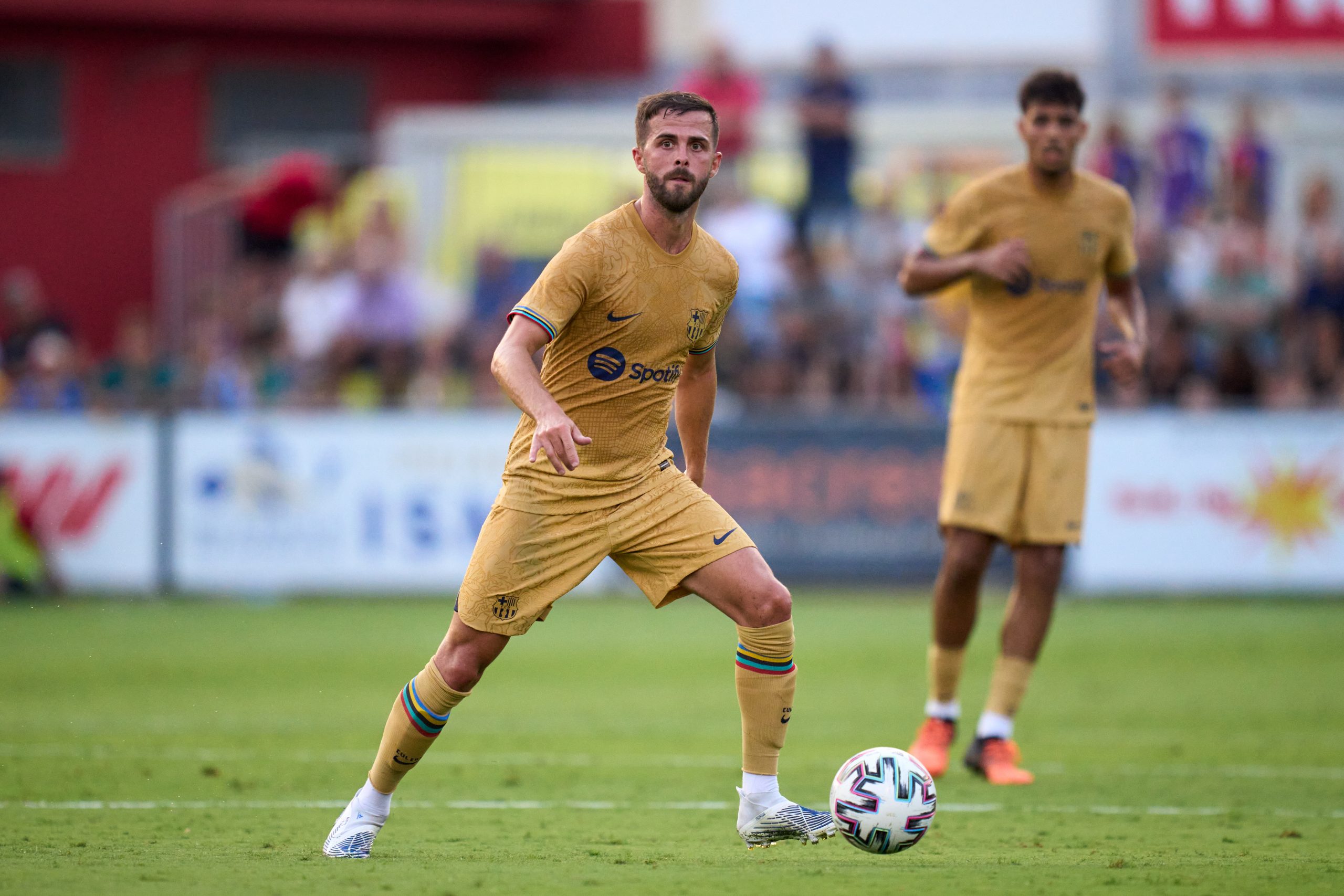 The publication says the 32-year-old developed a good relationship with Xavi during the pre-season tour which has opened up the possibility of his continuity at Camp Nou, given the condition that he lowers his salary to help Barcelona register the new signings.

For now, his current salary is posing a big problem for the team and the Barcelona management has no problem in parting ways since there is no shortage of offers. If he is to depart on loan, the Blaugrana would be open to the idea of sharing his wages.

However, if Pjanic accepts to adjust to the current economic situation, everything will change as Xavi has liked what the Bosnian has in the offering.

“I liked him [Pjanic] a lot,” said the manager after Barça’s 2-2 draw against Juventus in the pre-season club friendly.

“He found the interiors very well. He has a unique vision. He’s a great player. We’ll see from here to the end of the market. Technically he’s very good.”

For someone who was once deemed as surplus to requirements, this is a massive upturn in fortune. At one point before the pre-season, Pjanic fell into the category of those who have no place in Xavi’s plans, along with players like Samuel Umtiti, Martin Braithwaite and Riqui Puig.

However, his performances in the pre-season camp and the display against Juventus have earned him his manager’s respect and even the midfielder is excited about what is to come.

“Xavi has always been a model midfielder for me. I followed him with admiration. He is one of the best of all time in the world. Working with him is very special,” the player was quoted as saying in a recent interview.

Pjanic arrived in Barcelona in the summer of 2020 from Juventus in a move that saw Arthur Melo going the other way. In his first season, the midfielder made 30 appearances but failed to find the net.

He was eventually shipped to Besiktas on loan for the 2021-22 season where he ended up with just 26 appearances across all competitions.