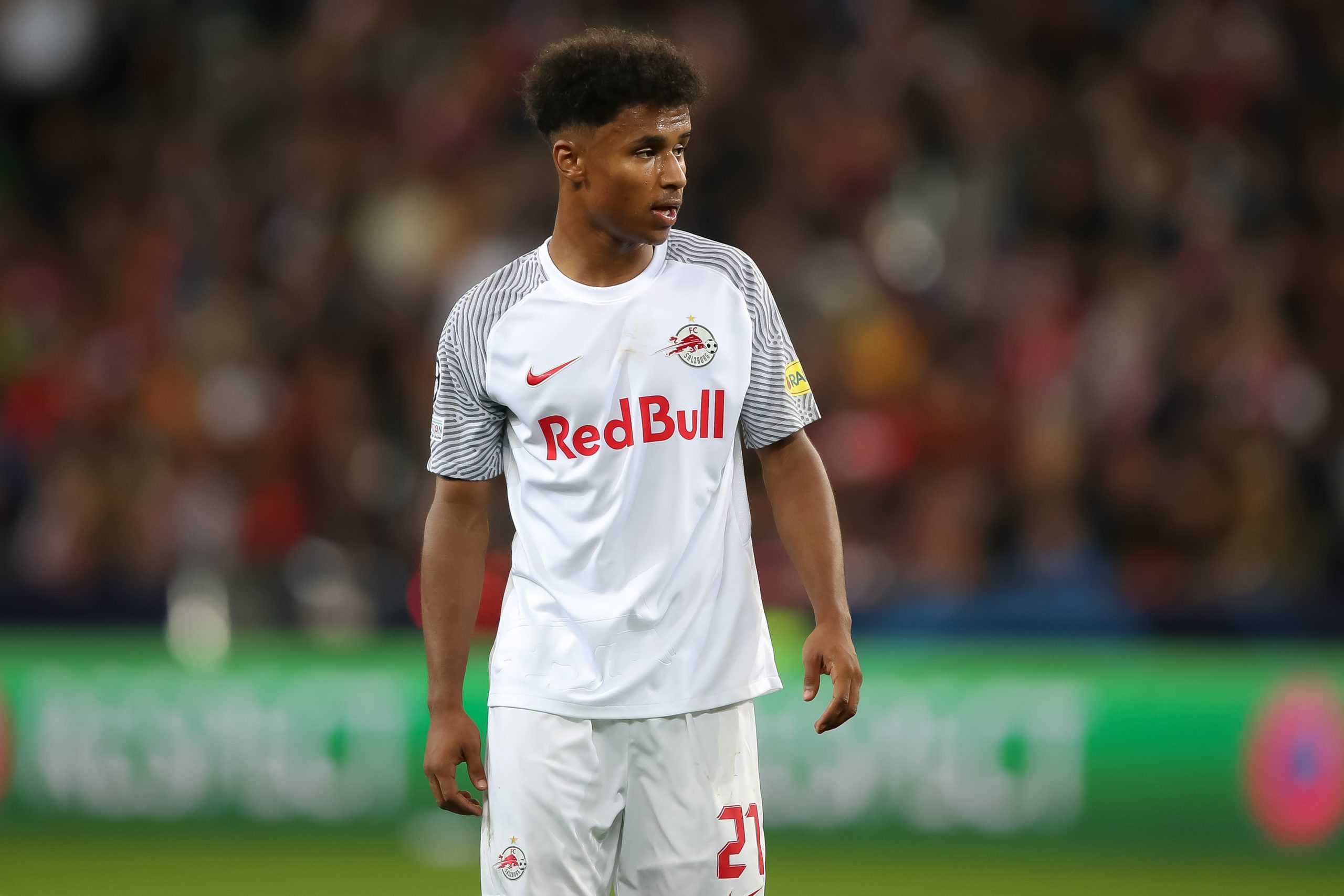 Things seem to be moving swiftly in Barcelona’s pursuit of RB Salzburg sensation Karim Adeyemi. One of the most sought-after young forwards in Europe, the 19-year-old has enjoyed a rapid rise to stardom over the past year.

This has led to links with Liverpool, Bayern Munich, Borussia Dortmund, while Barcelona have also made their interest in the teen striker known. In fact, reports have claimed that the Catalan giants are ready to offer around €40 million to Salzburg for Adeyemi, with a five-year deal also in the works.

The same news has been corroborated by journalist Pedro Almeida. He claims that Xavi Hernandez & co. are planning to present a €37 million offer to sign the three-time capped German international.

Now, journalist Gerard Romero has claimed on his Twitch channel that the Blaugrana are inching closer to reaching an agreement with the 19-year-old striker, meaning there is progress being made on the deal even as we get closer to the January transfer window.

It is no secret that Barcelona are in desperate need of a new centre-forward in January. With Luuk de Jong out of favour and Sergio Aguero sidelined indefinitely, the La Liga bigwigs are left seriously short on options in the No. 9 slot. Martin Braithwaite has also been out with an injury for a while.

Adeyemi, so far this season, has scored 15 goals in 22 games while registering a couple of assists as well. Given his red-hot form, the German international can be a great asset for Barca if they are able to get the deal over the line come the January transfer window.