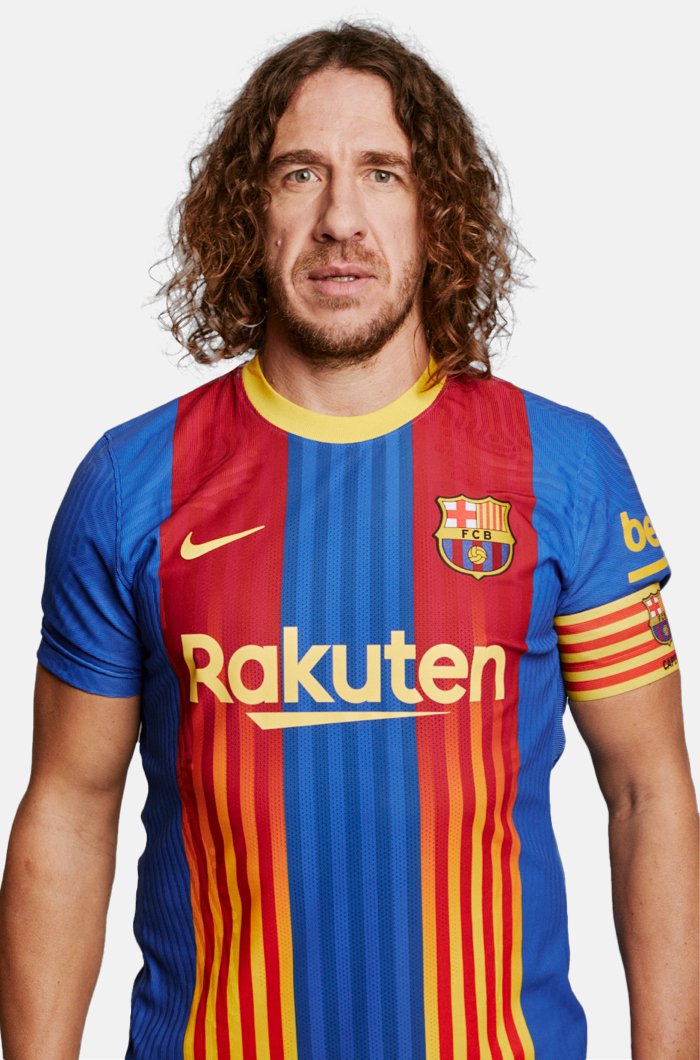 Barcelona have unveiled the new special edition kit that they will wear against Real Madrid in April 2021. The club brought Carles Puyol to unveil this jersey, which highlights the classic Barcelona colours of Garnet and Blue, with a touch of bright orange fading into yellow along the stripes near the bottom.

Along with the three kits for this season, the classic 2011 call-back home jersey, the stunning black and golden away kit, and the pink third kit, Barcelona have often donned the La Senyera kit from last season, using it to alternate between the other two kits. Consequentially, it means that the El Clasico special edition kit will be the fifth kit for this season.

Barcelona will face Real Madrid on the 11th of April in nearly four months time, hoping to settle scores from this season after a humiliating defeat at the Camp Nou where Sergio Ramos, Luka Modric, and Federico Valverde scored a goal each to register a 1-3 win. As it stands, Barça are winless in their last three games against their bitter rivals, who have won two, and drawn one game in the process.

While the kit has received mixed reviews on social media, fans will be hoping it brings the best of luck to them, because the club severely needs it.