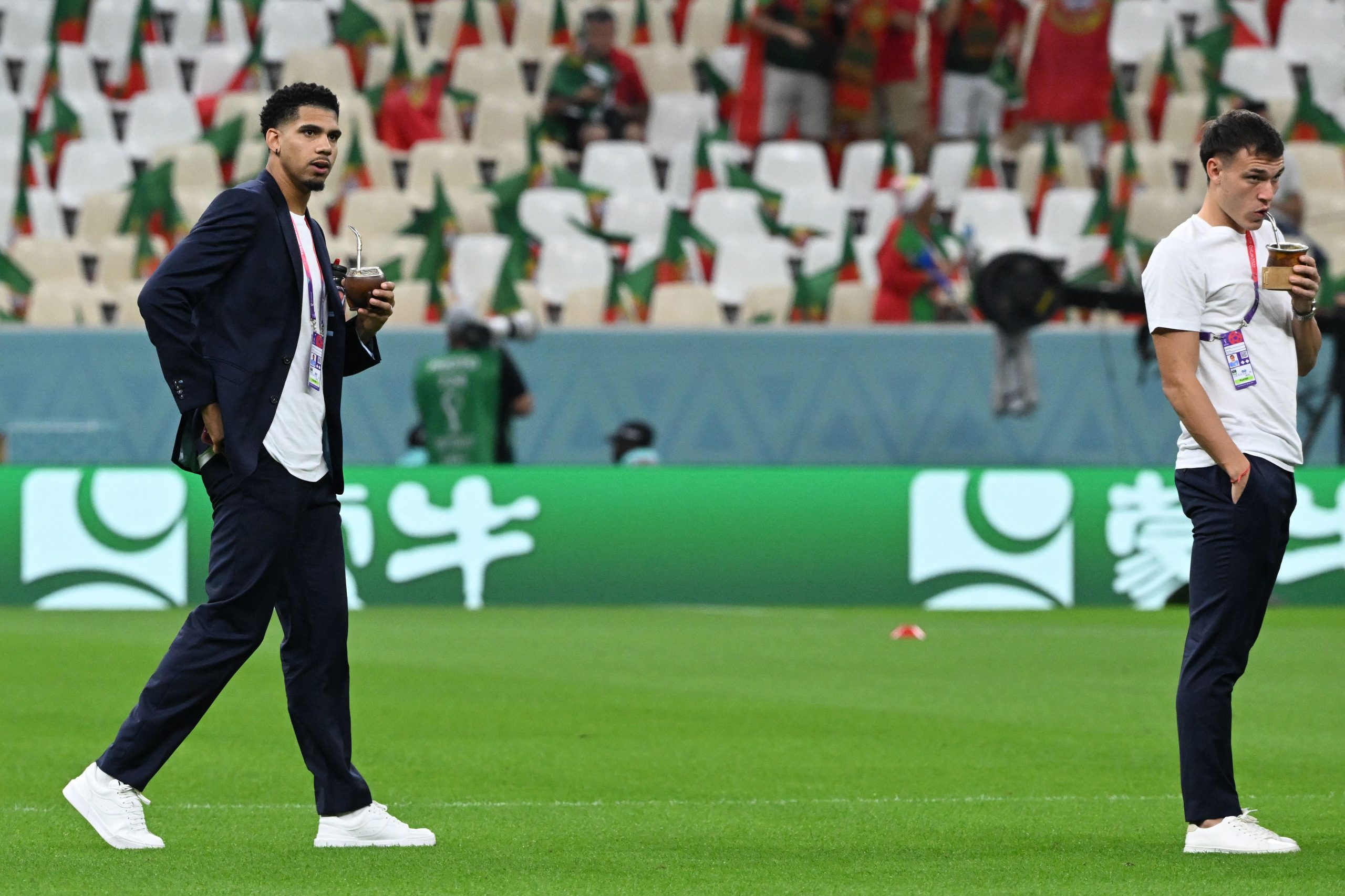 There is a lot of tension between Barcelona and the Uruguayan Football Federation (AUF) currently over the sensitive matter of Ronald Araujo and his recovery from injury.

The 23-year-old centre-half was named in La Celeste’s squad for the FIFA World Cup 2022 in Qatar despite him not recovering fully from the injury he suffered in September.

It was reportedly agreed between Barça and Uruguay that Araujo would not play at the World Cup and would only be present to continue his rehabilitation while providing support to the team.

However, Barcelona are unhappy that Uruguay are rushing Araujo’s recovery, with the defender already resuming training with the ball even though it has been just two months since he underwent surgery. It has led to a lot of friction between Barcelona and the AUF.

Amidst this Mundo Deportivo is now reporting that Barcelona are unhappy and have some discomfort with the training methods employed by Uruguay.

The report indicates that a day prior to Uruguay’s friendly against Iran, in which the defender picked up the injury, he was made to undergo double-work training sessions.

That is something that is ‘unthinkable’ at Barcelona as players are usually given a lighter training schedule on the day before a match to avoid any injury risks and ensure that they are in good shape heading into the game.

Having been used to the regime at Barcelona, the change in the training methods could have played a part in Araujo’s injury.

And the report indicates that the Catalans have developed a sense of discomfort over the South American nation’s training methods. On top of that, the La Liga leaders are also worried that Araujo is now being pushed to recover at a faster rate, which could lead to an injury relapse.

Uruguay have failed to win any of their World Cup matches so far, drawing against South Korea before losing to Portugal last night. They will play Ghana in the final group game and Araujo will not be playing any part in that match either, as confirmed by Barcelona president Joan Laporta.