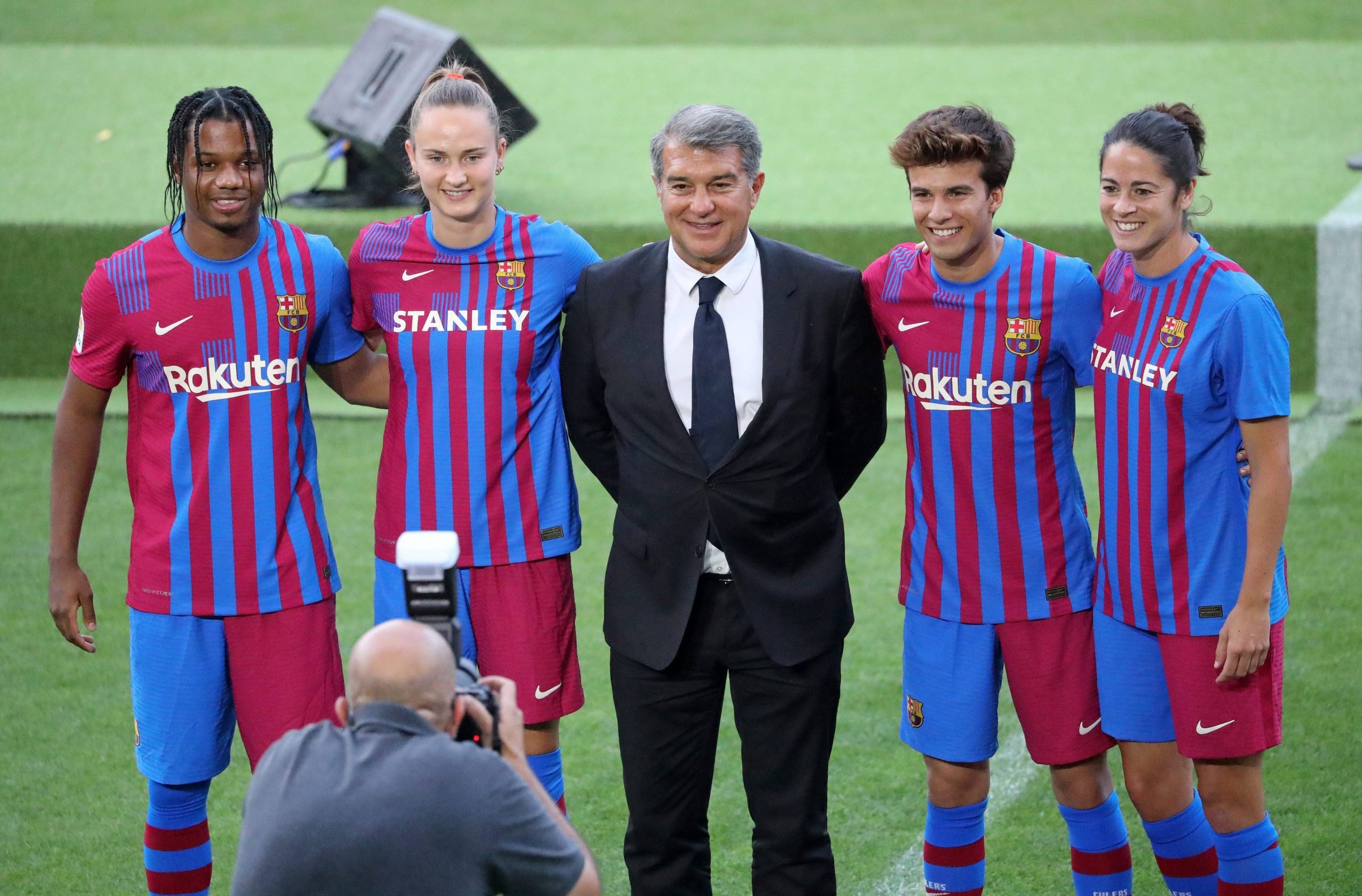 As per a report relayed by Mundo Deportivo, Barcelona are set to take some drastic measures to salvage the Club’s financial status. The Blaugrana are especially seeking to show their true colours to those who fail to reduce their salaries with measures never before seen at the club.

Joan Laporta and his board have given the Barca squad an ultimatum: either the players will collectively accept a salary reduction or face the consequences of not doing so on the set deadline of August 15th. The newspaper stated that Laporta is more than willing to take whoever refuses the cut to court.

With Barcelona’s current payroll amounting to 110% of their annual turnover, the President logically wants to reduce the wages to the best of his ability. There is compliance from some and dissidence from others. Lionel Messi, for instance, has agreed to cut his salary in half for the benefit of the club.

The other captains followed suit, setting an example, as all of Sergi Roberto, Sergio Busquets and Gerard Pique have accepted a cut in their salaries. Jordi Alba, another heavyweight in the club, however, has been more resistant to such measures.

There are then the likes of Miralem Pjanic and Samuel Umtiti, who are neither interested in leaving the club nor making a reduction in their salaries.

Right now, it is unclear as to what methods the club would use in the court process. These are, after all, binding contracts signed by the players and agreed upon by the club, but one could imagine Barcelona making forcible exits via terminations of the contracts of those who refuse any salary cut.