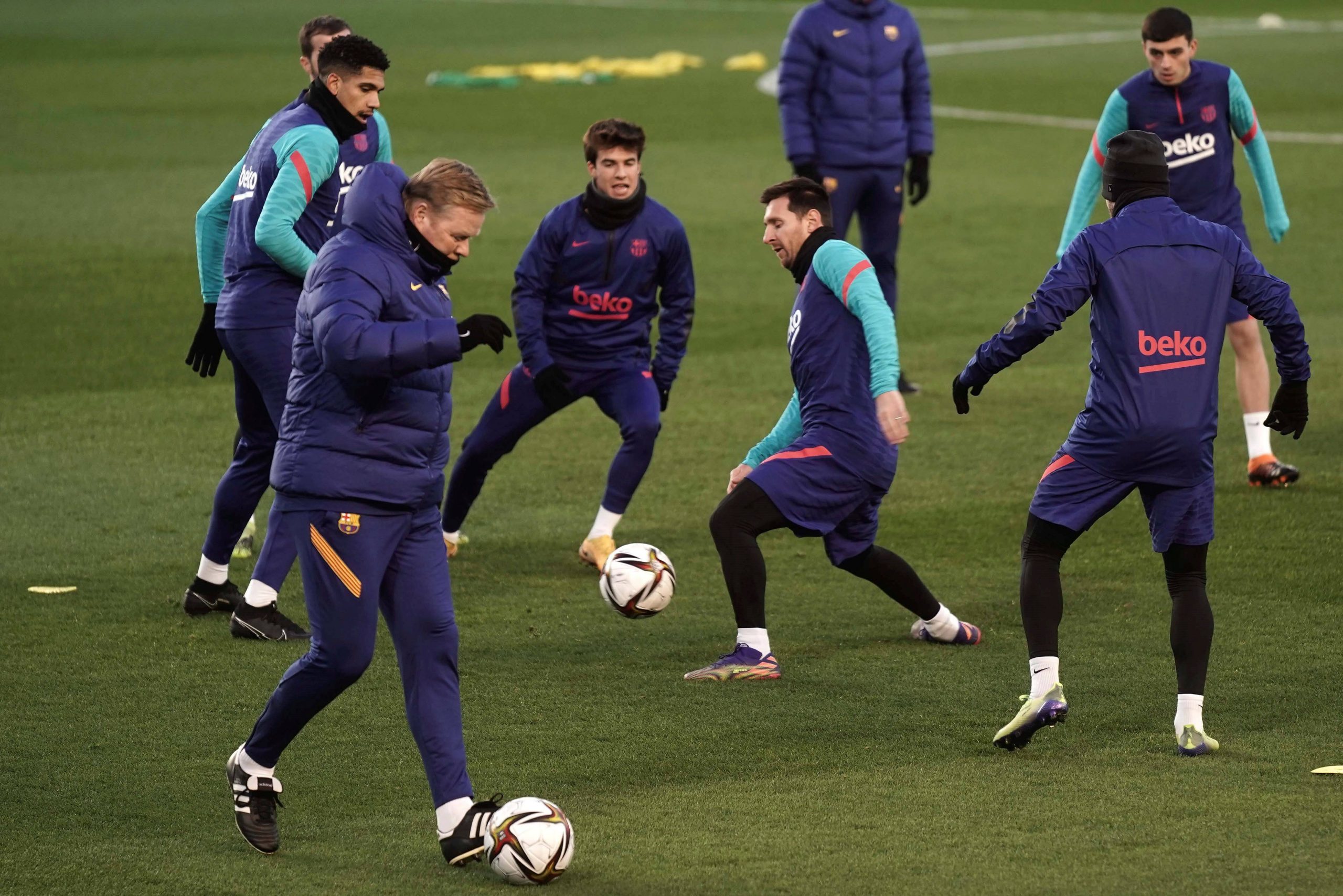 Barcelona were far from pleasant as they turned up to training two days after the loss against Paris Saint-Germain at the Camp Nou, as per a report by AS. Kylian Mbappe showed no mercy to the Catalan giants as he tore through the Blaugrana defence, ending the tie in the first leg itself. Post this, the team was given a two-day off ahead of their La Liga encounter against Cadiz.

The report also states that Ronald Koeman talked to the players before the training session kick-started, knowing that the loss would still be weighing heavily on the players. Koeman said, “We can still do great things this year, but the main thing is to turn the page, look forward and keep growing.”

After a run of impressive games in late December and January, Barcelona have been stumped twice already in February. In fact, the first-leg defeat against PSG in the Champions League followed a first-leg defeat against Sevilla in the Copa del Rey. While these games were sandwiched between a 5-1 drubbing of Real Betis, Barcelona’s mentality in big games has been far from ideal.

Be it the 3-1 El Clasico loss early on in the season, or the drubbing at the hands of Juventus in the Champions League at the Camp Nou, Barça have looked shaky as soon as a team with an equally adept squad has been thrown at them in any competition.

This loss in morale comes at about the usual time for the club — near or during the UCL knockouts. Last season it was the embarrassment suffered at the hands of Bayern Munich, the season before Liverpool, and before that AS Roma.

The team is stuck in a vicious cycle, and there seems to be little to no way out of it. The next few months will be very crucial for the team with the Presidential elections, Lionel Messi’s contract issues, and the summer transfer window around the corner.