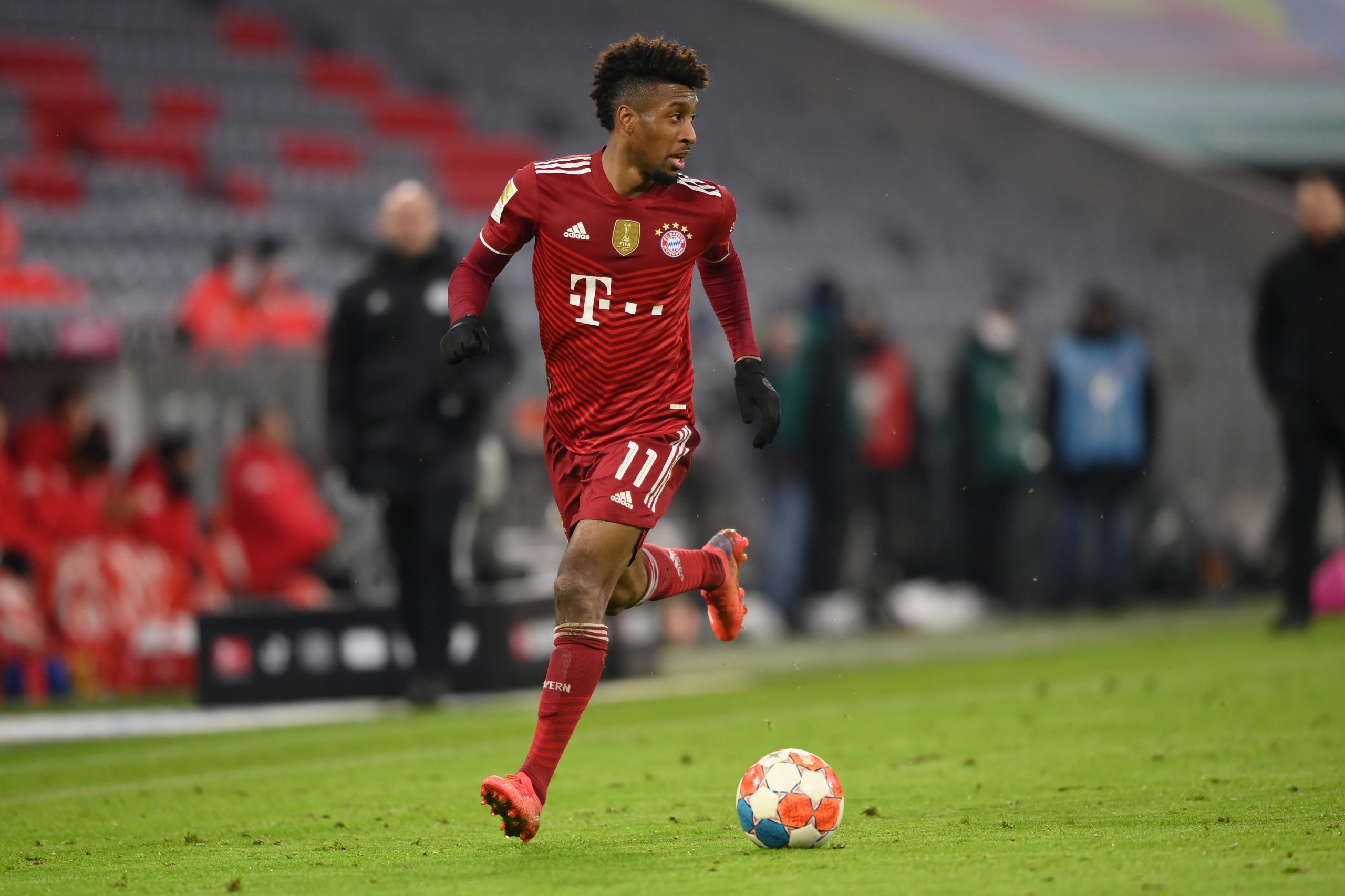 Barcelona recently had to face a rejection from German wonderkid Karim Adeyemi, who turned down the Catalans’ proposal in favour of a future move to Germany.

Now, it seems like the Blaugrana have been rebuffed by another player if a report from El Nacional is to be believed. Indeed, it is claimed that Bayern Munich winger Kingsley Coman has rejected advances from the La Liga heavyweights as he seeks a return to boyhood club Paris Saint-Germain.

The 25-year-old left the French giants at a young age in search of regular playing time and signed for Juventus before moving to Munich in 2015. The winger has tasted great success during his time in Bavaria, which could soon be coming to an end, however.

Coman’s contract with Die Roten runs out in eighteen months’ time and talks over a renewal have not gone according to plans. With the ex-Juventus star set to enter the final year of his deal in the summer, Bayern will be forced into considering selling him rather than losing him for nothing when his contract expires.

Barcelona are one of the interested parties in securing his services. New manager Xavi Hernandez is believed to be a great admirer of the 25-year-old speedster’s qualities and wants him at Camp Nou.

However, as per the report mentioned, Coman has his sights firmly set on a return to PSG. The main reason behind his stance is believed to be his desire to play alongside superstar Lionel Messi. Furthermore, with Kylian Mbappe headed to Real Madrid in the summer, the Bayern Munich knows that he has a good chance of getting regular game-time.

This is likely to come as a blow for Barça, although the club have identified several other targets like Ferran Torres and Christian Pulisic to strengthen the attacking unit.

But with Bayern Munich identifying Ousmane Dembele as a replacement for the exit-bound Coman, the Catalans could end up suffering a double blow should the 25-year-old join forces with Messi at PSG.