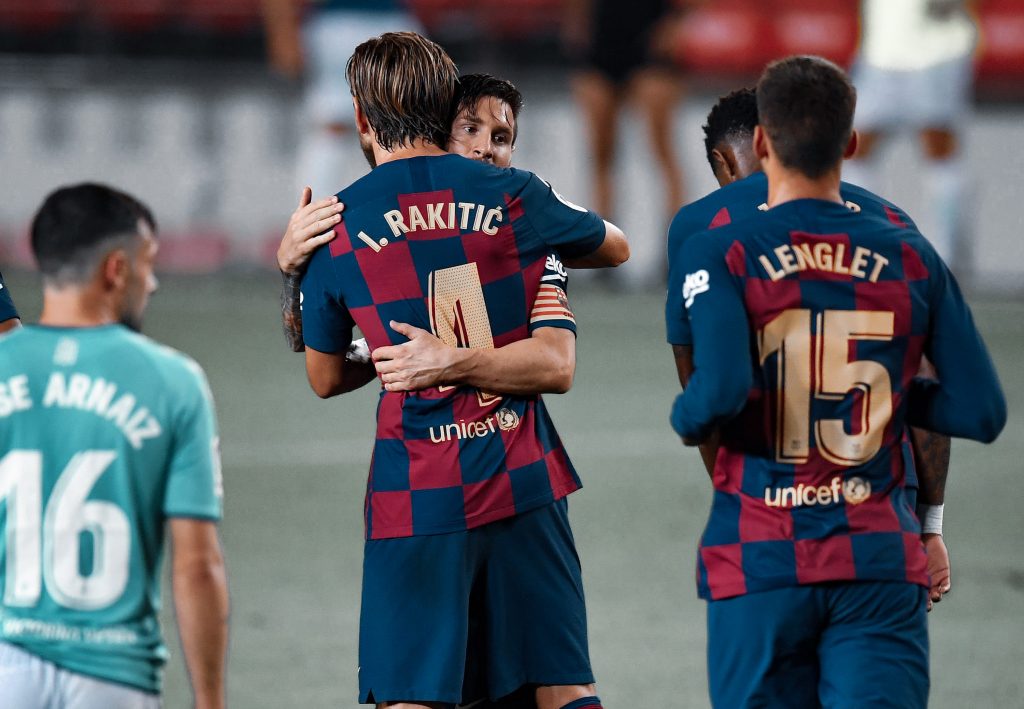 It is becoming almost standard that teams set up in a low block against Barcelona. Barça’s tactics should allow them to arguably out pass any opponent, so teams set up defensively to counter this. Most have managed to limit the creativity of the Catalans this season, so what are the options in unlocking a deep block?

Overall, it has been a poor season for FC Barcelona for a number of reasons. Behind the scenes drama has often taken the spotlight instead of what is actually happening on the pitch. The general play of the team lacks imagination and inspiration and the ageing squad looks tired. There is still hope in the Champions League, though the chances are slim.

One of the greatest concerns seems to be the squad’s inability to break down the defence of their opponents. Though the tactical set-up and general play of Barcelona has improved under Quique Setién, it seems that the low block is still the Achilles heel of the European giants.

Why is the low block so effective?

Barcelona have always had to face teams that play using a low block, but this season it has been especially effective. Teams are happy to sit back and allow the blaugranas the ball. They know that Barҫa lacks creativity and sometimes pace. This season’s side has often played without true wingers too, so they are forced to play through the middle. The deep block thrives in these situations, as the ten men behind the ball keep a compact formation that allows almost no space in the middle of the pitch.

The other reason the low block is so effective is it makes it difficult for a team like Barcelona to play their football. It limits the Catalans’ strengths such as breaking the lines with passes and dribbling past players in one-on-one situations. It slows up the general play of the team and they can be forced to play sideways or backwards. The azulgranas excel in beating the press, but if there is no press to beat then it is useless.

How do other teams beat the low block?

The low block is not only used against Barcelona, but other teams have to play against it too. Both Liverpool and Manchester City play in similar ways to the Spaniard’s tactics, with some differences. Liverpool rely heavily on their full-backs to offer width and quality crosses into the box. Their full backs offer much of the creativity in the team. Andrew Robertson and Trent Alexander-Arnold have provided more assists than the Liverpool midfield combined this season in the Premier League.

They also have pacey wingers that are good at dribbling and are direct. Both Mohammed Salah and Sadio Mané look to cut inside and either shooting or link up with Roberto Firmino. The Brazilian is key as he is either an option for a quick interchange of passes or he drags defenders out of position and creates space. Their movement is constant and they are fluid in attack. It is something Barcelona has been poor at for a while now.

Manchester City do have strong full-backs but they prefer playing through their progressive, direct and dynamic midfielders. In particular, Kevin de Bruyne constantly progresses the game and can score goals and create them. They have the perfect balance with David Silva, who sets the tempo of the team and keeps the play flowing. They are able to link up well with the forwards and know how to create space in the final third.

City too play with natural wingers most games and this helps to stretch the opposition. They move the ball quickly and like to isolate the wingers against a defender. Riyad Mahrez, Raheem Sterling and Bernardo Silva are good at dribbling past people and can create scoring chances from these positions. The team plays at a very high intensity and this creates problems for the opposition. It is very hard to defend against for a full 90 minutes.

What Barcelona need to improve

Currently, there are a number of aspects that need improvement in Barça’s tactics. The intensity of the team is one of the major issues. Players need to improve the tempo both in pressing and passing the ball. Also, this includes having more pace in the team. Although the squad has many technically good players, there needs to be some pace in the team too.

Playing with natural wingers is key in breaking down a low block. They add width that stretches the team and can make space in the middle for key players like Lionel Messi. At some point, if the defence is constantly getting stretched, there will be half a yard of space that opens up which Messi lives for.

This leads onto getting the Argentine into more threatening areas of the pitch. Since Quique Setién arrived, Leo has been scoring less frequently. He has been assisting more, but this shows he feels he must create chances from deep. Furthermore, the team struggles to find Messi in key areas of the pitch and more responsibility has to be shown by others. Barҫa relies too heavily on Messi having to create and score goals and it is too easy for teams to crowd him out on the pitch.

The full-backs are also key in breaking down a low block. They need to understand positioning on the pitch well, and attack any spaces out wide left by the oppositions defence. They should look to run in behind from deep and get a cross or cut back put into the box. The timing of these runs is essential.

Lastly, the team needs to increase their movement and stop being so static. Too often there are no options to pass the ball forward between the lines. In particular, the forwards must bring players out of position and out of their comfort zones. Sharp one-touch passes are key to this and can open space for a runner from deep to get in behind. Antoine Griezmann and Lionel Messi, on paper, should be excellent at this together, but so far the chemistry has not been there.

It is unlikely that teams are going to stop playing the low block against Barcelona anytime soon. Therefore, it is the tactical work that needs to be improved by the blaugranas. There is limited movement and pace and it makes it too easy for the defence to close out the attacks.

One part that is needed is high mobility wingers like Ansu Fati, Ousmane Dembélé, Carles Pérez and Malcom, who are necessary in the side. Nevertheless, Dembélé is injured for extended periods, Ansu Fati is only used at times, and the other two were prematurely sold by the club. They are also more direct and can take defenders on and disorganise the opposition.

There are going to be times when teams just defend well, but this is not an excuse for the European giants. Sometimes you need a bit of luck to unlock a team that is defending well. In addition, there is also the argument of creating your own luck, and this can be done through taking more risks and applying more pressure. The constant lethargic, uninspired and safe passing is never going to earn the team any goals. It is about finding that goal or two and forcing teams to come out of the low block.