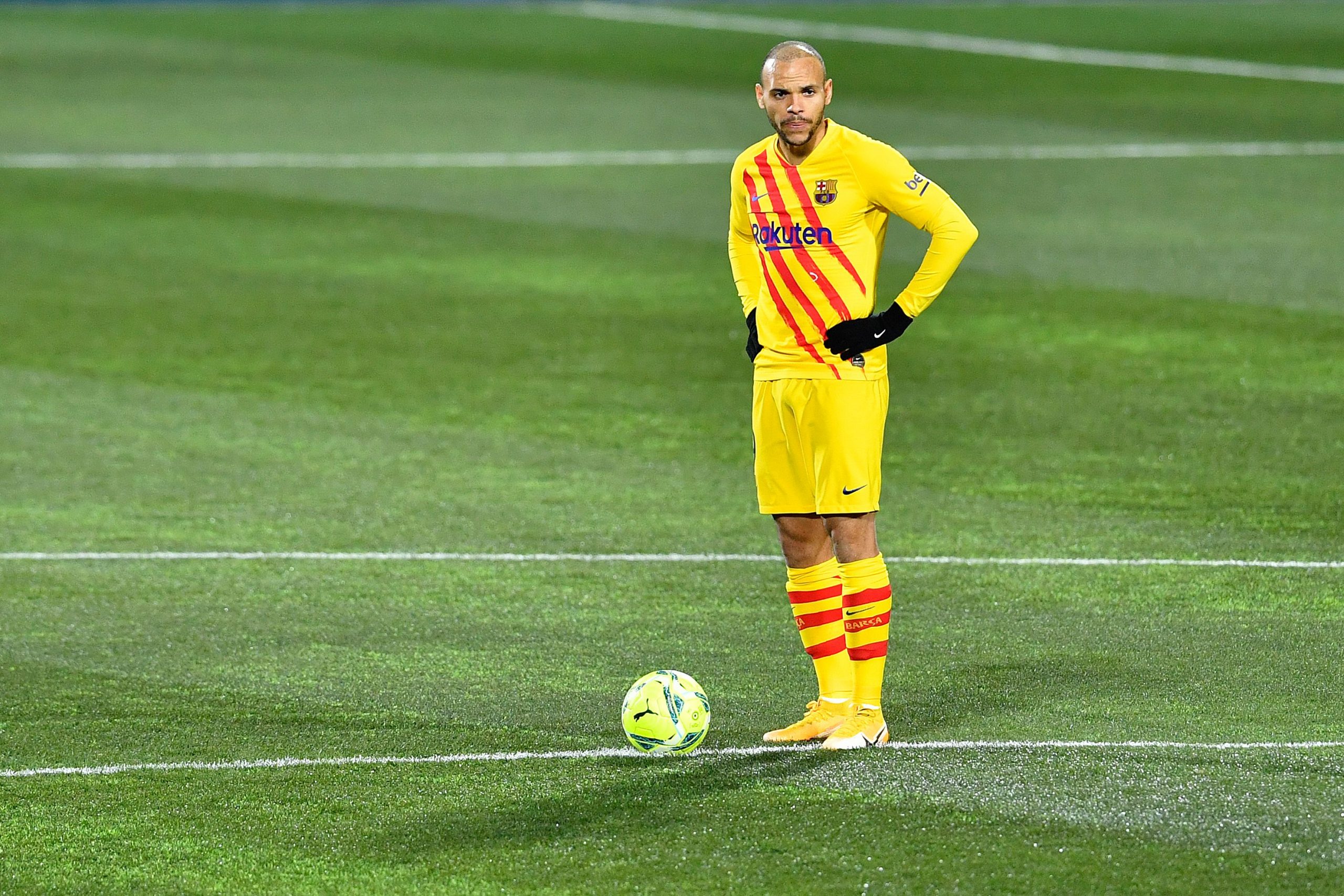 The 2020/21 season has gone exactly how Barcelona fans imagined it to — slow, inconsistent, and damaging. Even the genius of Lionel Messi has not been able to save the club in crucial moments, while Ronald Koeman is struggling to keep the momentum of the team up through his strategies and tactics.

That said, there is one player who is certainly giving his all and living far and beyond everyone’s expectations. Of course, the man in question is the recent recipient of the #9 jersey — Martin Braithwaite.

Braithwaite spoke to Cat Radio recently to talk about how the summer was for him, going from being termed as surplus to getting consecutive games in a star-studded Barcelona outfit, and performing, no less; Braithwaite boasts of a fantastic underdog story.

Even when Braithwaite is not attacking, he gets heaps of praise for his brilliant work-rate. The Dane is often seen dropping deep, helping the team rack up numbers at the back before sprinting back for counter-attacks.

“This season we have the chance to win many titles and this is my ambition. I don’t think about anything other than winning these trophies. That’s why I get up every morning and work so hard.”

That said, it is almost inevitable that the club will be in the market in the summer, if not the winter, looking for reinforcements in the same position. Braithwaite knows it better than anyone, and commented on the same, saying:

“I like it that the club is looking for other players. It’s supposed to be like that at a club like this. You need to have competition. That’s the only way to get the most out of the players and the team in every game. It doesn’t scare me, it motivates me.”

Braithwaite has scored two goals in 15 games in the league, and three goals in four games in the Champions League. He is also the team’s highest scorer in the latter, on level with Lionel Messi and Ousmane Dembele.