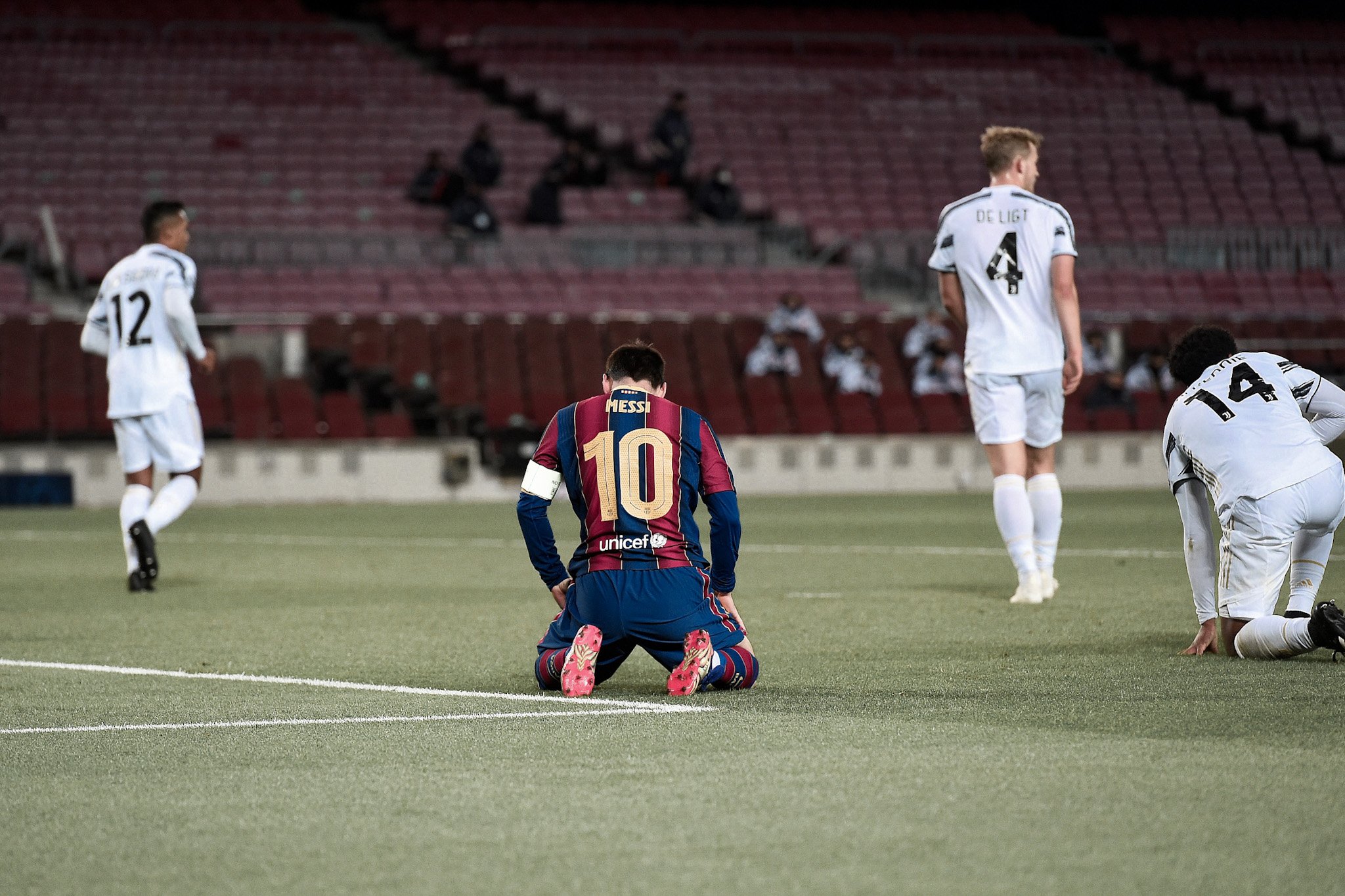 Barcelona are still struggling immensely without Lionel Messi. In other news, water is wet and the sky is (some sort of) blue. Of course, against Juventus, the little Argentine was on the pitch and they still managed to lose 0-3 at the empty Camp Nou.

And yes, Messi was there when they lost 1-4 against Rome, 0-4 against Liverpool and also 2-8 against Bayern Munich. But if there was a single constant throughout all of those debacles, the good and the bad, the occasional victories and the constant defeats, the tears and the joy then that’s Messi being essentially the only light in a never-ending pitch of black that’s surrounding the Catalans.

It doesn’t take long to realise nor does it take a keen tactical eye to conclude that this Barcelona team is a shadow of its former self. Ronald Koeman may have made some changes to the structure, the personnel and initially, to the mentality of the squad, but the core principles are still a mess.

The Azulgranas don’t have a clear defensive strategy since they lack compactness and match sharpness. Their press has somewhat improved but is still highly exploitable, and to a large extent, ineffective. However, as bad as that might seem, there are still bigger issues in attack.

Barcelona were always a team that wouldn’t exactly irritate you to submission with their stubborn defence but would rather outgun you in an open game of football. If you, on the other hand, decided to turtle up, the Catalans would carve you open like a Christmas turkey. Nowadays, however, there is nothing in their arsenal but one single man and it has been that way for years now.

The famous term ‘Messidependencia‘ may not need that much explaining but it is worrying that even though the likes of Antoine Griezmann, Philippe Coutinho and Frenkie de Jong are in the team, without Messi, Barcelona don’t have anything to show for.

After all, we’ve seen the very same thing against Juventus at the Camp Nou. Of course, Cristiano Ronaldo will take the plaudits for his two penalty kick goals but it was Messi who ran the show on the night. Not only that but he was the only proactive player on the pitch apart from Riqui Puig in the latter stages of the game.

It was Messi who took all of Barcelona’s shots on target, it was him who tried to create something out of nothing and if Barcelona were to somehow mount a comeback, it would most certainly be through him and him alone. Alas, it was not to be and once again, he will be the first one to feel the wrath of the media and the fanbase.

Because, after all, he’s supposed to win it all by himself, right? Wrong. Football is a team game and as long as it’s only one man pulling all the weight, Barcelona will get nowhere. Every attack they mount goes through him and of course, that’s not surprising given his quality and ability but it also gets repetitive and, more worryingly, predictable.

Messi is superhuman but it’s much easier to defend against one man than it is to defend against 10 of them. Against Juventus, Barcelona kept recycling possession until Messi decided to get creative. That was when the ball was moving faster and that was when it was reaching dangerous areas.

Whenever they were in a shooting position and have actually tried threatening Gigi Buffon between the posts, it was the little Argentine’s doing. And sure, on a different night, at least one of those shots would’ve rattled the inside of the net and in that case, we’d likely be having a much different conversation right now.

But it didn’t and maybe it’s a good thing after all. Of course, this wasn’t the game that suddenly revealed all of Barcelona’s flaws. They were clear for everyone to see since the start of the 2020/21 campaign (and much earlier than that!) but Messi peppering over the cracks would just make things worse. It would prolong the inevitable and potentially hide a problem that is becoming too big to handle for anyone, let alone Koeman who, try as he might, is simply not up to the task.

At the end of the day, the defeat against Juventus served the purpose of telling us more of what we already know – Barcelona are still relying on Messi to solve all of their problems and whenever he can’t, they are doomed.

We keep hearing about all those promising sporting projects with the new president from January onward but the first order of business should be to create a functional team that can play with Messi rather than playing for him.

Barcelona can’t succeed with him and 10 other logs of wood, as much as we’d love to believe it. It’s time they realised that and got to work.

The clock is ticking.