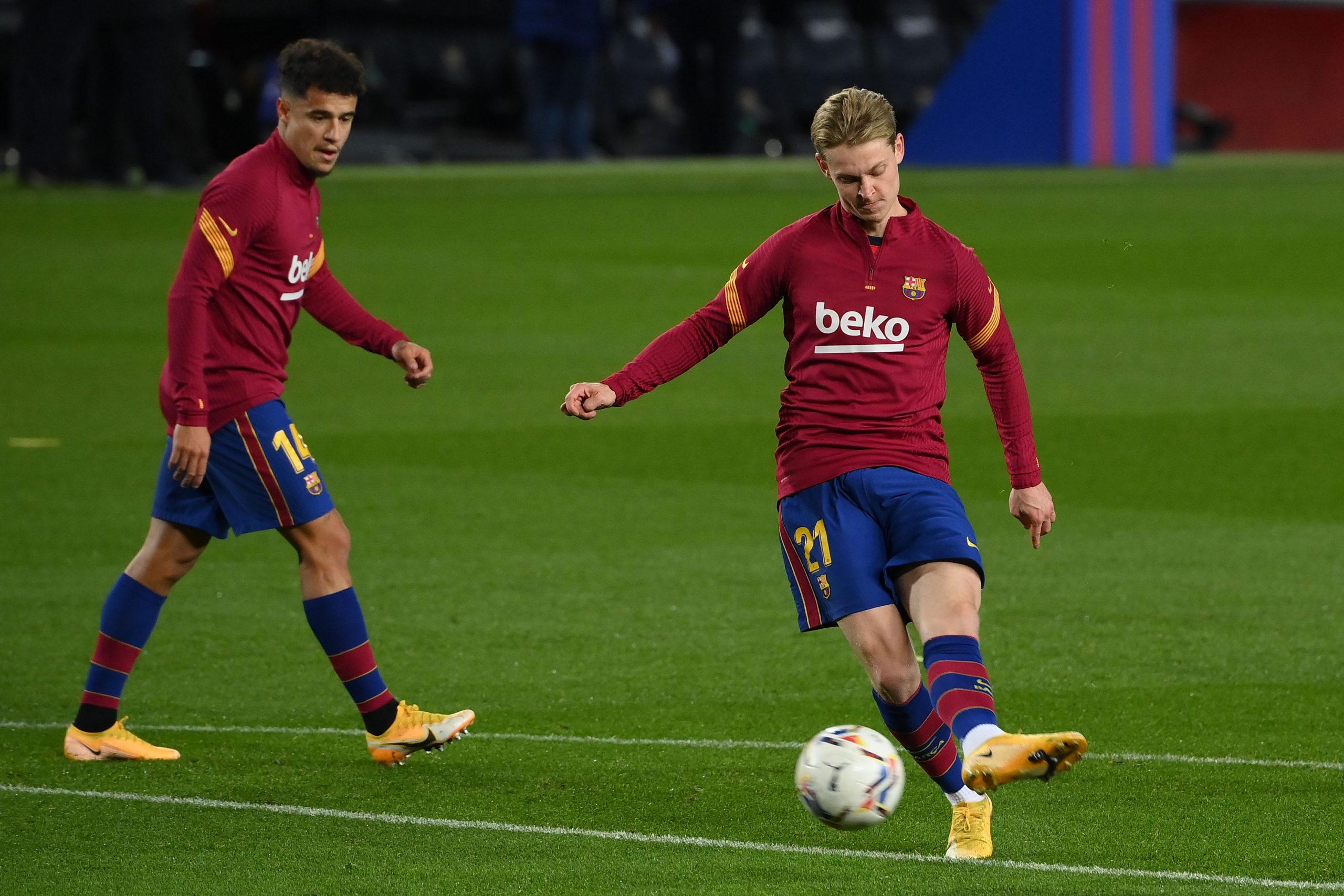 As Barcelona continue to plummet down in terms of reputation on the pitch, Josep Bartomeu did the club no favours off the pitch, continually throwing cash on players Barcelona did not need in the name of reinforcements. Barça have made three €100 million-plus signings in the past three years, bringing in Ousmane Dembele, Philippe Coutinho, and Antoine Griezmann in the span of two years, spending a total of roughly €380 million on them, and a lot more on others as well.

According to a report published by Onda Cero, Barcelona owe money to Liverpool and Ajax for the transfer of Coutinho and Frenkie de Jong respectively. While the club has to give €40 million for Coutinho, Ajax are bound to receive €48 million from the club.

All this is a part of the huge debt collection of €1.173 billion, out of which €700 million has to be paid in the short-term.

Coutinho has been nearly unanimously called a flop signing by the Barcelona faithful, who see no signs of improvement from the inconsistent Brazilian. After starting the season in decent shape, the ex-Espanyol man plummeted to his usual self when Ronald Koeman shifted him to the left-wing after a brief spell in attacking midfield. Right now, though, the 28-year-old is injured, and will not be back until mid or late February.

As it stands, Coutinho has played 12 games in the Garnet and Blue this season in the league, scoring two and assisting two goals, with only one of them coming after his initial three-game run. In fact, Barcelona will have to pay Liverpool an additional €20 million once Coutinho reaches 100 games with the Catalan club. He is currently on 90.

As for de Jong, he is a loved figure at the club and has shown impressive signs of improvement after being shifted to an advanced role in Koeman’s 4-3-3 system. In fact, the Dutchman is coming on the back of a spectacular game against Elche, where he scored one and assisted one in a 2-0 win.

Touted to be elected not before the first week of March, the new president will have to work hard to clear all outstanding financial debt of Barcelona before kickstarting the club into the new era. And as much as fans might hate it, it may have to include getting rid of Lionel Messi and his immense wages.