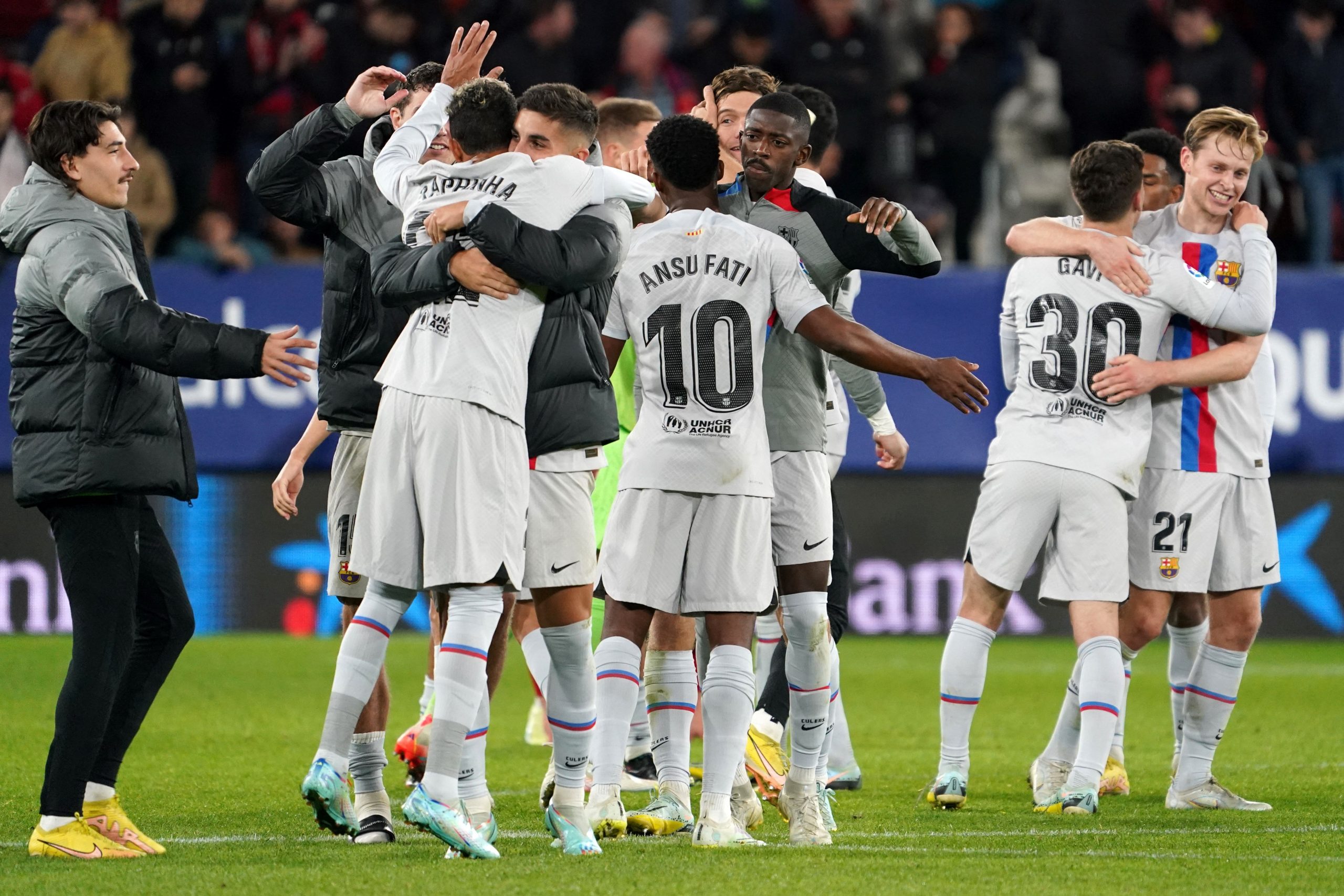 It was a hard-fought game for Barcelona, who conceded a goal early on in the game and were a man down as Robert Lewandowski was sent off just around the half-hour mark.

Yet again, it was the referee – Gil Manzano – who became the talking point after the Barcelona-Osasuna contest, as he not only sent Lewandowski off for his challenge but also showed a red card to Gerard Pique, who was on the bench.

In Manzano’s report, he mentioned he had good reasons to send Pique off as the Barcelona defender allegedly hurled personal insults.

In light of the controversy, Barcelona players felt they were playing against 11 Osasuna players and one Real Madrid player, reports El Chiringuito.

The report further suggests that the players felt Manzano was a Real Madrid referee, due to the nature of his calls during the match, including Lewandowski’s sending-off. The situation escalated when Pique, too, was handed a red card.

The booking denied Pique the opportunity to feature one last time, in what was his final game as a professional footballer, much to the disappointment of the defensive legend and the fans.

Prior to those incidents, Barça felt that Osasuna’s goal should also have not stood as they believed that there was a foul on Marcos Alonso in the buildup.

So, following the comeback win, the reaction within the dressing room was said to be something along the lines of: “We have beaten eleven from Osasuna and one from Real Madrid.”

Barcelona will now go into the World Cup break as league leaders and will return to action on December 31 when they face RCD Espanyol.