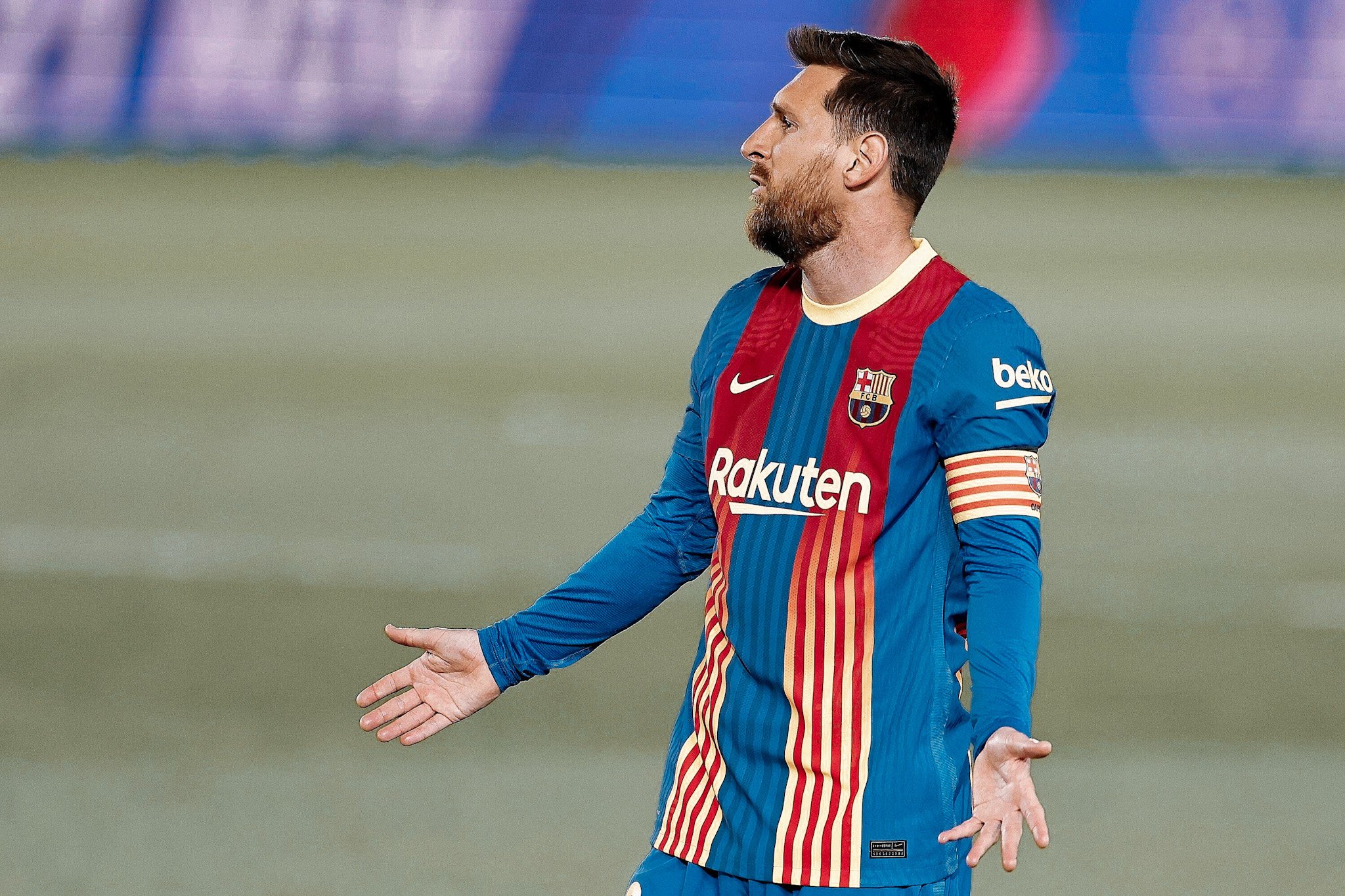 Having spent 21 years of his life wearing the Garnet and Blue of Barcelona, few would have ever thought that they would see the day Lionel Messi would part ways with the club. When the clock struck midnight on the 30th of June, the Argentine’s contract expired, and the eagerly anticipated renewal has not yet come into fruition.

Joan Laporta is fighting tooth and nail to sign him, but at the same time, he finds himself in a financial catastrophe brought upon him by Jose Maria Bartomeu’s board. Recent reports have made it clear that the club needs to reduce their wage bill by a whopping 200 million Euros this summer if they are to sign any players.

This essentially means that despite having presented the likes of Eric Garcia and Sergio Aguero, they cannot officially be registered as new Barcelona players by the RFEF. This also means that if Messi, another free agent, is ever to play at the club again, then outside of his wages, Barcelona need to make 200 million this summer.

In this article, Barça Universal explores the financial turmoil Barcelona find themselves in and monetary reasons as to why Lionel Messi should not sign for the club.

As far as the 2021-22 transfer window is concerned, Barcelona have been rather successful. The Catalan club have made intelligent dealings in the market, opting for inexpensive to free deals given how dire the financial situation is. From a purely sporting perspective, the signings themselves have served to bolster the unit, adding quality and a blend of youth and experience to problem areas of the team.

Despite all this, the Blaugrana are incapable of registering them to the club. As it stands, the wage bill is 40% above its set limit, and as per La Liga’s rules, the Catalans cannot sign anyone unless the cap is reduced. This is without mentioning that the club is more than a billion Euros deep in ever-increasing debt.

The solution seems simple on paper: Barcelona need to sell some of their players to cut costs where necessary. Basic economics will tell you that sellers are nothing without buyers. Right now, the Catalans find themselves with an abundance of players no one is interested in purchasing.

The lack of interest comes from four interrelated reasons. The players are either too old, their performances too inconsistent, their injury records agonizing, their wages too high, or a mix of the same. It thereby comes as no shock that no one cares to buy these players. Why would any sensible club inflict such heavy damage upon itself?

The 200 million Euro problem can easily be directed towards a handful of people. Josep Maria Bartomeu is the instigator of this entire mess. Despite lacking merit or having no certainty surrounding their future, the Spanish entrepreneur offered enormous salaries to most of his players.

Samuel Umtiti, for instance, earns a gross salary of 20 million euros per annum. For context, this would put him well above the likes of Virgil Van Dijk and Joshua Kimmich, players who offer far more quality service in exchange for their wages. The World Cup winner has completely refused to rescind his contract with the Blaugrana, let alone take a wage cut.

Philippe Coutinho, meanwhile, has received no offers as of yet, despite clear interest from a handful of clubs. Due to this, the club is looking to loan him out and find a club willing to take up his wages, but nothing has materialised as of yet.

As if the club hadn’t taken enough blows, Matheus Fernandes is now looking to sue the club. Having had his contract recently terminated, the Brazilian’s camp strongly holds to the faith that there would have been legitimate offers for him on the table. They also add that he needs to be paid out in full for the remaining four years of his contract. The 23-year-old is more than ready to take the club to court over this.

At the end of the day, what the players do with contracts given to them is perfectly legal and completely justified. The fault is not with them for being paid as much money as they receive, but the club’s for letting the situation get to this point out of their own carelessness. The players have no moral obligation to abandon their contracts. The likes of Umtiti have made it glaringly obvious that they are more than open to never setting foot on a football pitch again if it means they get to earn their salaries.

Nevertheless, Barcelona do need to make some tough decisions in the near future. Allowing Konrad de La Fuente, Junior Firpo and Francisco Trincao to leave is only one piece of a large and overly complicated puzzle. Massive and thus unpopular decisions will have to be made if the club is to make it through this mess, and that may, in fact, start with letting Lionel Messi go permanently.

The easiest way to get rid of the current wage issue would be to allow Messi to leave. In the club’s efforts to keep him at Barcelona, they face numerous obstacles that stop them from truly making progress. It is unrealistic to think that everyone the club intends to part ways with will comply. Umtiti and Clement Lenglet are perfect examples of this. These are, after all, contracts Barcelona consented to make.

Lionel Messi earns 138 million as per his last contract with Barcelona. Allowing him to move to another club would have the club needing just 62 million more, or perhaps a lot less, if one considers the exits that have already taken place.

It is purely factual that the Argentine generates more money for Barcelona than he earns from it. For every 138 million Euros he takes from the club, around 70 million more. Concurrently, his wages and money creation methods are anything but sustainable, and Barcelona are well aware of this.

“I didn’t say that I would’ve sold Messi; I said that, financially, him leaving would have been good for the club […] We’d be better off because we said that his salary is the highest in the world. Nothing could be truer.”

Despite being vocal about his opinions on Messi’s salary, even he acknowledged the positives that his presence brings, but with a slight caveat. “What Messi generates for the club makes up for the cost of his contract, but Barcelona aren’t dependent on just one person.”

It is that last part of his statement, which is one of the biggest reasons why Barcelona shouldn’t renew the Argentine’s contract. The club as a whole is too dependent on him.

“Messi generates more than you spend on him,” ex-president and recent incumbent Joan Laporta told a Swiss newspaper.

According to several analysts, Barcelona reportedly makes 20-30% of their overall income from Messi alone. As Laporta put it, sponsorship deals have a ‘Messi clause’, which by some estimates adds a value of around 50% to the deals. Without him, fewer companies are interested, and that itself is a problem. Barcelona’s inability to diversify their income sources has gotten them to this point. Rather than better market other players, the club shot themselves in the foot by over-relying on Messi.

The sort of situation Barça find themselves in is financial suicide. From a purely business standpoint, the club, just like any other organisation, should never be dependent on just one product. The risk is far too high. Whether or not he leaves the club this year doesn’t mean he never will. The club, now more than ever, needs to be more important than each of its individuals.

Even after losing Cristiano Ronaldo, Real Madrid were the second-highest ranked club in 2018/2019, 2019/2020, and 2020/2021. Barcelona will certainly lose money and investors if Messi left, but it would be worth it if they manage to promote themselves as a club better. This is what Manchester City, United, Bayern and Liverpool have done over the past years.