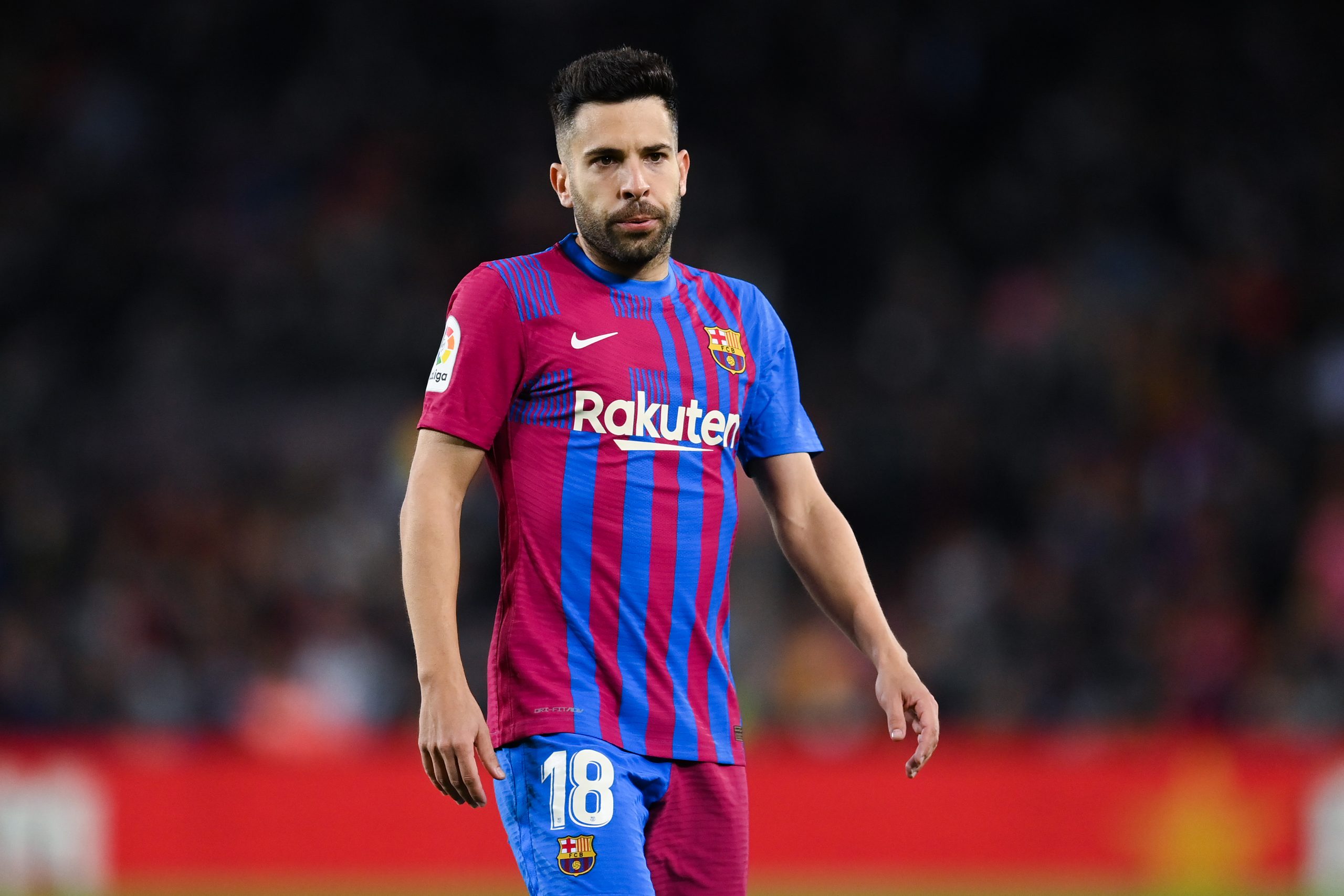 Xavi Hernandez is aware that the task at hand for him at Barcelona is huge. While he will need to take the club back to their glory days, he will need to do so by building a new team with a new generation of stars, which means parting ways with several stalwarts of the yesteryears.

One of the casualties of this shift from the old to new, as reported by El Nacional could be star left-back, Jordi Alba.

The 32-year-old has been at the club since 2012 when he signed from Valencia and has been the first choice in the position for the entirety of his spell. Playing at a high level for such a long period of time is an excellent achievement, with the Spaniard reaching the landmark of his 400th appearance for Barca on Saturday against Real Betis.

However, Alba will be turning 33 in a few months and age seems to be catching up with the marauding left-back, who has had a few injury issues this term while his performances have also been up and down.

So, Xavi & co. are now believed to be ready to make the tough call and move on from the former Valencia star, potentially in the summer transfer window, with possible replacement options already being considered by the hierarchy.

As per the report, former La Masia prospect Alejandro Grimaldo is high on the wishlist of the club management. The 26-year-old has excelled at Benfica since leaving Barcelona and has been one of the best full-backs in Portugal for years now, even though he continues to be overlooked for the Spanish national team by Luis Enrique. Xavi, however, believes that Grimaldo is ready for the next step in his career.

Jose Gaya of Valencia, who is Alba’s understudy with La Roja is another option that Barcelona are looking at, having been long-term admirers of the left-back.

Borussia Monchengladbach’s Ramy Bensebaini, who has been impressing in the Bundesliga over the past couple of seasons, is also on the radars of the Blaugrana, as he has shown signs that he is ready to make the leap to a bigger club.

Barcelona could always turn to an in-house option in the form of Alejandro Balde, although at 18, he might be a touch too young and inexperienced to shoulder the responsibility immediately. As for Alba, his time at Camp Nou could be coming to an end.